by Georgia Modi
in About, Editorial, Events, Previews

It’s hard to believe that it has now been 7 years since React Presents first brought Freaky Deaky to Chicago back in 2008 and to see what they have transformed it into over that time has been a real treat for their fans. It seems that this year they have truly out done themselves with the event, making it the biggest that it has ever been and providing a star studded lineup with Bassnectar, Armin Van Buuren, Pretty Lights, Big Gigantic, Gesaffelstein, and Richie Hawtin among some of the headlining names that we will see on stage this coming Halloween weekend.

A trend that I have noticed with React Presents is that it is always worth reading every single name on their lineup’s because more often then not they have some serious gems hidden in the undercard. It’s typically where I see some of my favorite artists that I may not have noticed the first time I had read it over. In the 3rd and 4th paragraph’s of artists there are two “Special Guest” slots yet to be announced. Along with artists such as A-Trak, Justin Martin, Shiba San, Myon & Shane 54, Tchami, Riff Raff, and Vic Mensa adding to this already staked lineup. There’s really a little something for everyone on here, you just have to take the time to look.

This typical two day concert has expanded into something massive for its return by becoming a three day full fledged festival moving from within the city limits from its home at Aragon Ballroom to Toyota Park in Bridgeview, IL, only 30 minutes outside of Chicago. With 75 artists, 4 stages, carnival rides, haunted houses, and an estimated 75,000 dancing music lovers this Halloween in Chicago is going to be something to marvel at and Freaky Deaky is no doubt going down in the books as a must-attend event after this year.

Tickets are currently on sale at Freakydeakyhalloween.com. 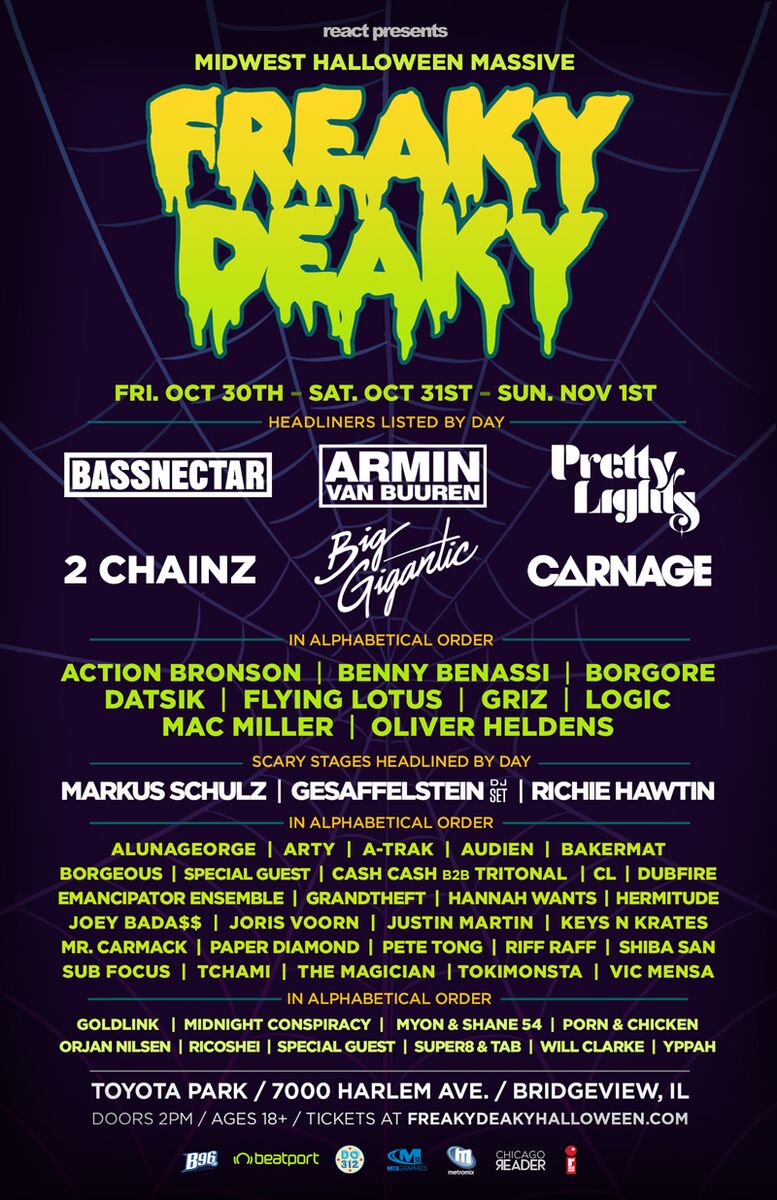 Lucky Date ft. Sabrina Signs – I Like You [Revealed]