DJs are this generation’s rockstars. As Laidback Luke states in his recent op-ed contribution to Billboard, “Whereas kids in America wanted to become rappers five years ago, they now want to grow up to be DJs.” With this drastic increase in popularity comes the inevitable monetization of its various factors. From chart placement to venue bookings to tour destinations, everything is placed within an internal ranking system that affects the rest of the artist in question’s actions. This constant ranking has finally led to something Laidback Luke calls ‘Payola’.

Payola, in the music industry, is the illegal practice of payment or other inducement by record companies for the broadcast of recordings on commercial radio in which the song is presented as being part of the normal day’s broadcast. Under U.S. law, 47 U.S.C. § 317, a radio station can play a specific song in exchange for money, but this must be disclosed on the air as being sponsored airtime, and that play of the song should not be counted as a ‘regular airplay.’ The term has come to refer to any secret payment made to cast a product in a favorable light (such as obtaining positive reviews).

This idea directly translates to artists’ interactions with promotional outlets such as radio stations, streaming services, charts, and even some blog outlets. Laidback Luke uses Beatport as a prime example. Because their charts are so highly touted, producer/DJs often use their ranking to more easily book gigs. The managers are then incentivized to get the artist’s tracks on Beatport by any means necessary, as it will in turn mean a heftier paycheck for themselves. By doling out free merchandise or tickets, those in charge of running the charts are more likely to work in their favor. It’s because of methods like this that certain artists will make the lists no matter the quality or passion within their material.

In the strictest sense of the word, this is not payola as it is not a direct “pay for play,” but the idea is the same — influence beyond what could be considered marketing in order to gain success. So call it payola. Call it what you will, it’s (still) here, and it’s all over the dance industry in numerous ways.

The festival industry is not without its own dabbling in Payola practices either. Laidback Luke describes the exclusivity and cutthroat nature of the circuit, mentioning that he is often bound to certain territory restrictions that disallow him from playing at nightclubs in the area within a six month period of a festival performance. The addition of corporate investors makes this process even more hindering, as they are constantly using updated polls and charts to gauge audiences’ preferences when it comes to performing acts. This is part of the reason, he says, so many festival line ups look the same. 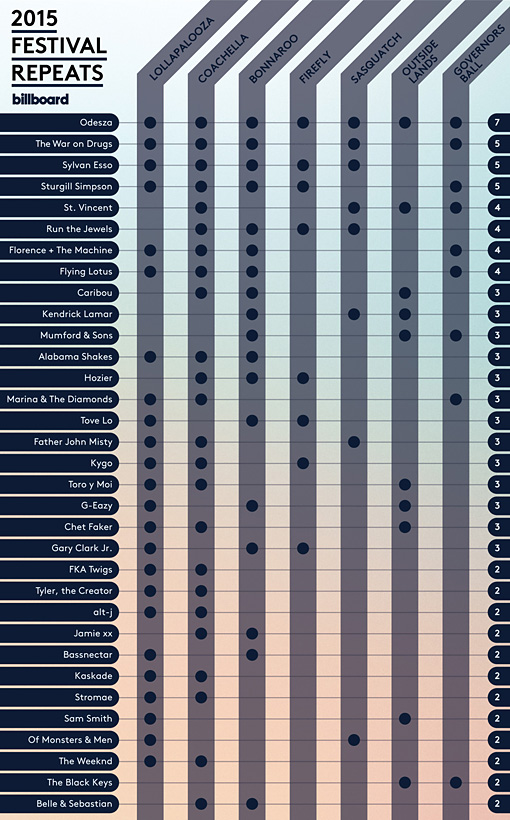 When such large investments are given only on the promise of a return, organizers must make sure to book only the top-selling acts. In this way, they are diminishing the artistic content of such events in place of safe, overused names. In such instances as these, risks can’t afford to be taken when it comes to filling the roster.

Smaller, opening DJs are often forced to pay their way into a performing spot. They must sell a certain number of tickets, or buy their way into the slot in order to get a fighting chance at being seen. As Laidback Luke says, this has nothing to do with their talent on the decks or their stylistic fluidity with the other DJs. When the entire cultivation of the community comes from a money perspective, we lose all the creative influences that made it what it is today.

We all need to understand what’s going on and be part of this debate. Everyone needs to decide their individual role in this. Keep an eye out for real talent, real passion and nurture and develop that. Phonies won’t bring us quality, and they won’t sustain the scene. I’m not just only talking about DJs, but promoters, agents, managers, bookers and radio too. Everyone has their part to play. It’s all our responsibility to step it up and let it grow, rather than let it sink.

Dillon Francis Finally Drops Collaboration With Calvin Harris, But You Wouldn’t Know It