Insomniac never does anything half-assed. Even when they’re just announcing the pre-sale dates for the next installment of their flagship festival, EDC Las Vegas, there’s a lot of production behind the pageantry.

In a stunning video released today, Insomniac reveals the dates of the 2016 festival and when tickets will go on sale.

Alleged ticket prices are below. 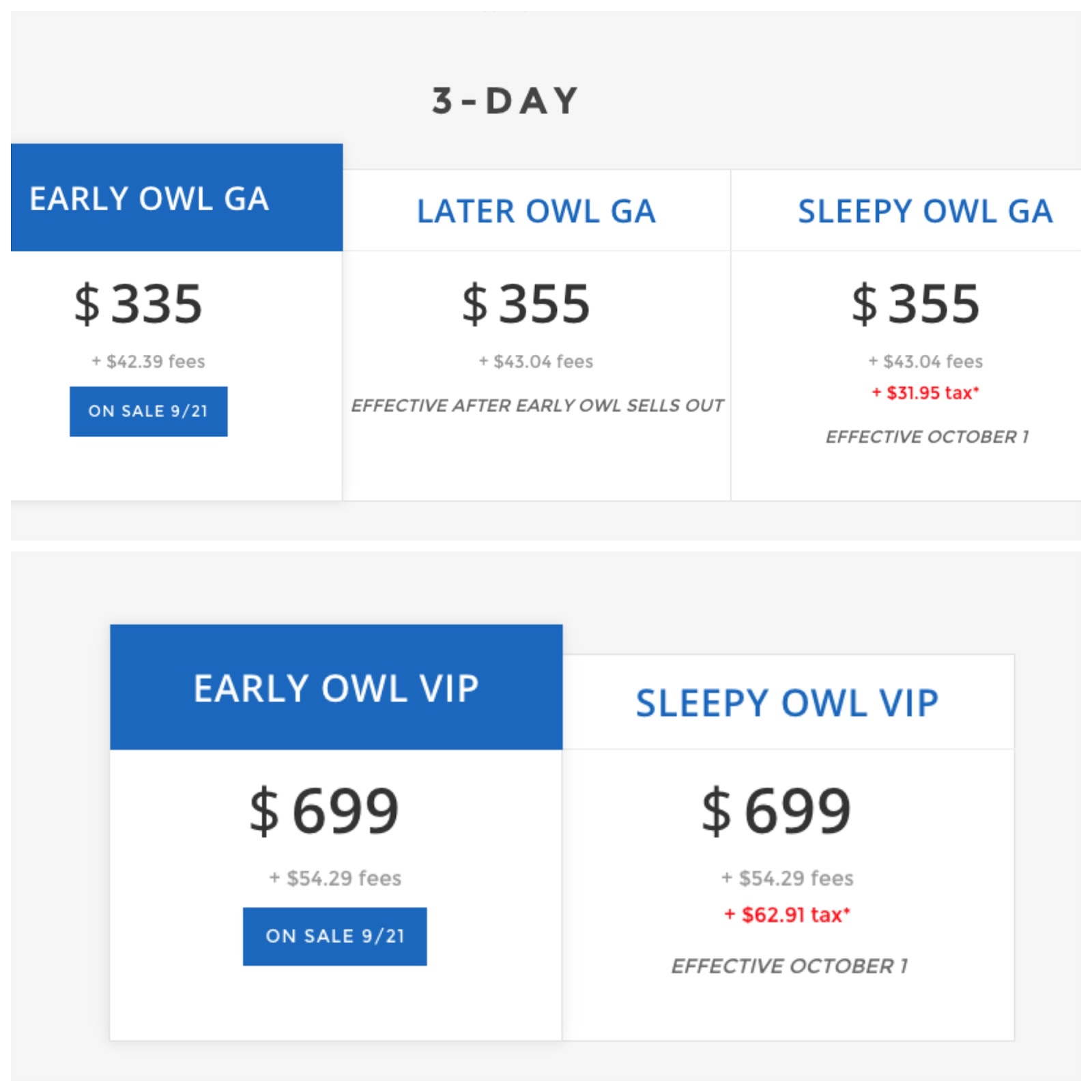 In Pasquale Rotella’s announcement on his official Facebook page today, we learned that Las Vegas’s new Entertainment Tax will apply to EDC Las Vegas this year. As a show of utter good faith and serious altruism, tickets will be sold before the tax goes into effect on October 1st.

One of the reasons is that this summer, Nevada lawmakers signed a bill that amended the city’s Live Entertainment Tax, which has been in place since 2004 but never applied to EDC. Now it does, and it’s going to affect not just us but friends like Burning Man, too.

What the change creates is basically a 9% tax on the price of admission for all tickets sold starting on October 1st, which is why we’re giving you the opportunity to buy tickets before that date.

For more details, go to http://lasvegas.electricdaisycarnival.com/.