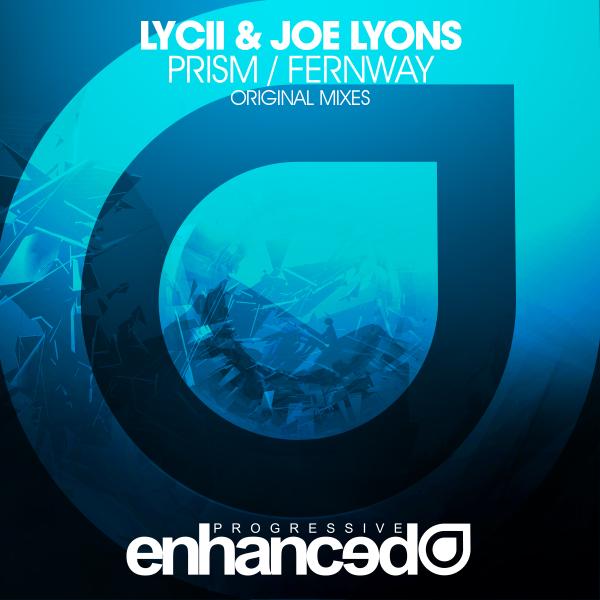 It’s my belief that a label is only as good as the new talent it brings on. And because of that, Enhanced Music is one of the most formidable ones out there. Some of today’s biggest artists had early releases on the London label: Arty, Audien, and most recently 2015 breakout artist Wrechiski. It’s safe to say that you can trust any new artist they bring on, from progressive house, trance, and much more.

The latest duo to make their debut on Enhanced are Lycii & Joe Lyons. These two young producers met earlier this year online and have already produced two strong tracks: “Prism” and “Fernway.” Separately, the tracks standout against the grain, and combine to make a diverse first outing from the two Americans. While the former brings multiple elements together, with harmonious piano chords and a dub breakdown, the latter is also a perfect Enhanced Progressive tune, with a lofty melody that transports the listener out of their seat and into the unknown. We had a chance to chat with these two fresh talents ahead of their EP, which is in stores now:

How did the two of you meet?

Joe: The way we met is actually kinda weird haha. Back in early 2015 this WIP (Work in Progress) popped into my stream on Soundcloud, and I gave the guy a follow. From his page, I found Dakota (Lycii)’s account and really liked his stuff. I had posted some WIP asking people to collab and I guess Dakota decided to check me out after I followed because he messaged me saying he’d work with me. We produced two or so tracks and they just came so easily. We both excel in the areas that the other struggles in, so working together is a breeze.

What are some of your favorite progressive tracks right now?

Lately, anything Alex Klingle puts out, especially “I Run To You;” anything Square Two puts out too. Of course Johan Vilborg’s “Unravel Me,” and the stuff that our buddies like Kozoro are putting out as well. Another couple to mention are Diversion’s & Tania Zygar’s “Bright Lights” as well as BRKLYN’s “Steal Your Heart.”

If you could change one thing about the industry, what would it be?

Oh, this is one we feel really passionate about. We feel like many small producers’ talents aren’t noticed and covered by big names. We love to search soundcloud for smaller artists that go unnoticed. Another thing that we’d change is the fact that being an artist alone doesn’t provide enough of an income to support yourself and that makes it hard to be creative and productive when you have to support yourself by other means.

What’s your favorite part of the production process?

Lycii: Oooh, for me, writing emotional melodies that really just put a smile on your face is the best. As well as adding small details all over the place within a track, ones you wouldn’t notice unless you really listen for them.
Joe: I love the feeling when I am able to get the idea in my head down in FL Studio and it turns out just as I imagined. I also really enjoy making chords 🙂

Do you have a certain test to see if a track is finished?

If we think a track is completely finished we usually send it around to our friends for feedback to make sure. We’re also starting to get into comparing our tracks to others mixing-wise.

What album has had the most impact on you? (Doesn’t have to be EDM)

Joe: It would probably have to be either Daft Punk’s Homework or Best of House, Vol 1 from 2001 😀

Lycii: Ohhh, I have so many inspirations… Porter Robinson’s Worlds of course. Breathe Carolina’s Hello Fascination. I’m also a big Bring Me the Horizon fan. Deadmau5 ‘Strobe’ and ‘I Remember.’ Koan Sound has also always been a big inspiration. Kozoro. Audien of course. Madeon. Mr. Fijiwiji’s “Sentient.” Never Shout Never. Ugh, the list goes on and on. My taste in music is extremely varied. XD

Do you have a favorite track on the EP, or are both tunes special to you in different ways?

Lycii: Both tracks mean a ton to us in a lot of different ways. ‘Prism’ was originally a slower progressive track, but then we decided to redo it after our buddy Cam from Square Two suggested we open up the saws. From there it turned it into something completely different, and we couldn’t be happier.

As for ‘Fernway,’ we wanted a song to represent escaping reality and a longing for far off places. That’s actually how the name came about, we took the word ‘fernweh,’ which actually means longing for far off places; ‘Fernway’ just sounded better. The track itself was so natural for us to do and just really went back to our roots of Progressive House. Joe sent over the chords and I wrote the melody and it just went easily from there.

Lycii & Joe Lyons’ Prism/Fernway is out now and available exclusively on Beatport.