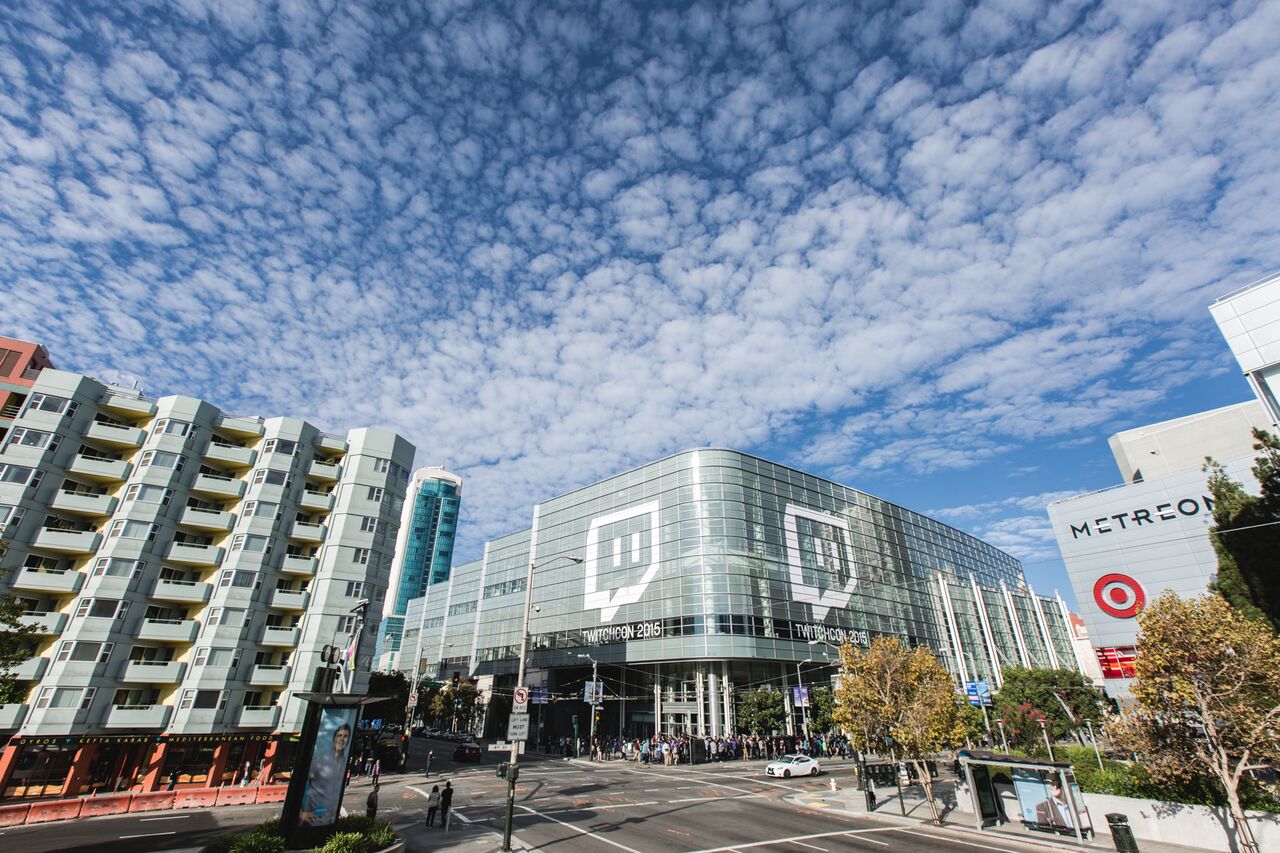 Okay, I admit it. I used to be one of those people who thought they had it all figured out when it comes to technology and society. Electronically produced music, Internet, social media websites, video games, and the list goes on. I figured that after all the mass media classes I took in college and my passions for electronic music and video games that I have continuously studied up on that I had become some sort of expert when it comes to these topics.

I always figured there was a coincidental correlation to electronic music and video games – that there is some underlying way these two ideas are interconnected. I still believe the two are and I have gained insight into why after this last weekend. I gained a lot of perspective and found the answers I have been looking for over the past 5 years at the first annual TwitchCon, hosted by Twitch, in San Francisco.

Twitch is a streaming platform dedicated to video game content with a beta channel for creating and performing music. The content creators, or “broadcasters,” who create this content and the viewers who end up consuming it tend to heavily prefer video games to everything else. Because the Twitch platform is so easily accessible for content watchers and so simple to set up for content creators the platform has exploded in popularity in the last year.

When I think about electronic music and video games my mind darts back to 1993 and the original Mortal Kombat theme song, “Techno Syndrome (Mortal Kombat),” produced by Praga Khan and Oliver Adams. Then, pushing through two decades, I think about Deadmau5, his large Space Invader tattoo on his neck, his trolling abilities, and obsession with video games he confesses effortlessly on social media. What about the little PLUR babies walking around in Pokémon get-up at massive EDM music festivals like Electric Daisy Carnival? Most importantly, I love both video games and electronic music so I have found reasons to intertwine the two together: communities that accept you for who you are and the upbeat tempo of an EDM song marries perfectly with a video game.

But, then again, maybe it is deeper than that or I am just overthinking it. Or, I am just biased. At this point I was beyond scatterbrained. During the TwitchCon week I was able to interview a diverse collection of people that gave me a better-rounded viewpoint.

IIJERiiCHOII, a famous streamer who prefers FPS games and gets down to trap music, really challenged my own perspective on the correlation of electronic music and video games. He states, “There’s a trend of EDM being up there with PC games and more competitive games, and it could be due to the tournaments needing licenses for cheap or free music where EDM collectives are cheaper/more in-tune with games as a medium for entertainment. Plus, young people tend to like games and EDM in general, right?” Then mentioning, “Gaming really isn’t as niche as people still think it is though. I don’t know anyone who’s made fun of for playing games anymore.”

My mind is blown after processing the information that kids aren’t made fun of for playing video games or listening to “techno,” so to speak, anymore. Thinking about the old grandpa “back in my day” meme, I automatically feel like one of those skewed viewed people since I had a completely different experience in high school. It’s amazing what five years has done to both the electronic music and gaming scenes. What was once underground and personal is now very much above ground and equally interpersonal. Both are things to be shared and experienced not enjoyed in the darkness of one’s room alone late at night.

When interviewing OMGitsfirefoxx, a famous streamer who plays a variety of games and enjoys listening to deep house (and also dates IIJERiiCHOII), she puts it in a better light of what has been going on with the explosion of Twitch, video games, and EDM. “I feel like it all comes back to being more mainstream. It is getting a lot more media attention; it is getting a lot more face. My dad who is not tech savvy at all messaged me about the League of Legends World Championships… and that just means that it is getting a lot of media attention,” she explains.

Again, I am surprised in myself in not opening my eyes enough to see how much the video game industry has grown, with a huge thanks to Twitch, over the past few years. Even more, how much the EDM industry has grown in the past few years, with a huge thanks to the Internet and mobile technology. What I finally realized is that it is a generational thing.

Basically, I like to think young adults born in the mid-90s had more of a widely accepted view of the Internet and not as many repercussions for “too much screen time.” Teens hitting age 18 around 2010 had tools like Soundcloud to dig up new music and good enough computers to play PC games effectively. Then, Twitch.tv came soon after that and really boomed around 2013.

OMGitsfirefoxx observed, “I noticed when I started getting into Twitch and everything, and it may have been since I have been dating Tucker [IIJERiiCHOII], that I expanded my Soundcloud playlists and expanded the artists that I liked and found new artists.”

Accessibility of the Internet has immensely contributed to the explosions of dance music, video games, and this new aspect of streaming your video game content live. Naturally, that seems to be the primary focus of why video games and dance music seem to go hand in hand these days. I believe that young adults have a generational advantage from growing up with acceptance in things that used to be not as cool just a decade ago.

It all is so simple and I can say that this pleasantly surprises me having taken a step back to re-analyze the current gaming and music atmosphere.

At the very end of TwitchCon, it all comes together at the after party, where Pegboard Nerds, Darude, and special guest Deadmau5 performed. The majority of the TwitchCon fans were stoked on this line up and ecstatic when Deadmau5 walked onto the stage at midnight. It was the smallest and most exclusive crowd I have ever seen for Deadmau5 but it was only proper that he was there—given his intimate connection to the gaming scene. Kush Patel, Twitch Music Partnership guru, commented, “Deadmau5 just fits in so well… he is one of the [electronic music] artists that understands the Internet on the right level… he is a troll and he owns it. He isn’t afraid of it. He just gets it.” The gaming community fully embraces him for who he is: a tech geek who truly does not give a single shit about what anyone thinks. It is almost admirable in a way.

I seem to have been caught up in this idea of a large correlation with video games and electronic music. When it was right there in front of me for all these years: the Internet. A place where I have spent 2 decades on socializing in music forum boards, playing the Sims, searching for new music on Myspace to Soundcloud, and finding more skilled based games like Hearthstone and League of Legends. TwitchCon and all the people I talked to really laid it out for me. This is where we are now in today’s day in age. Things have changed. It is awesome to see the two things I love most mature together and simultaneously form a more deeper and interconnected bond, especially since the two truly do compliment each other well.