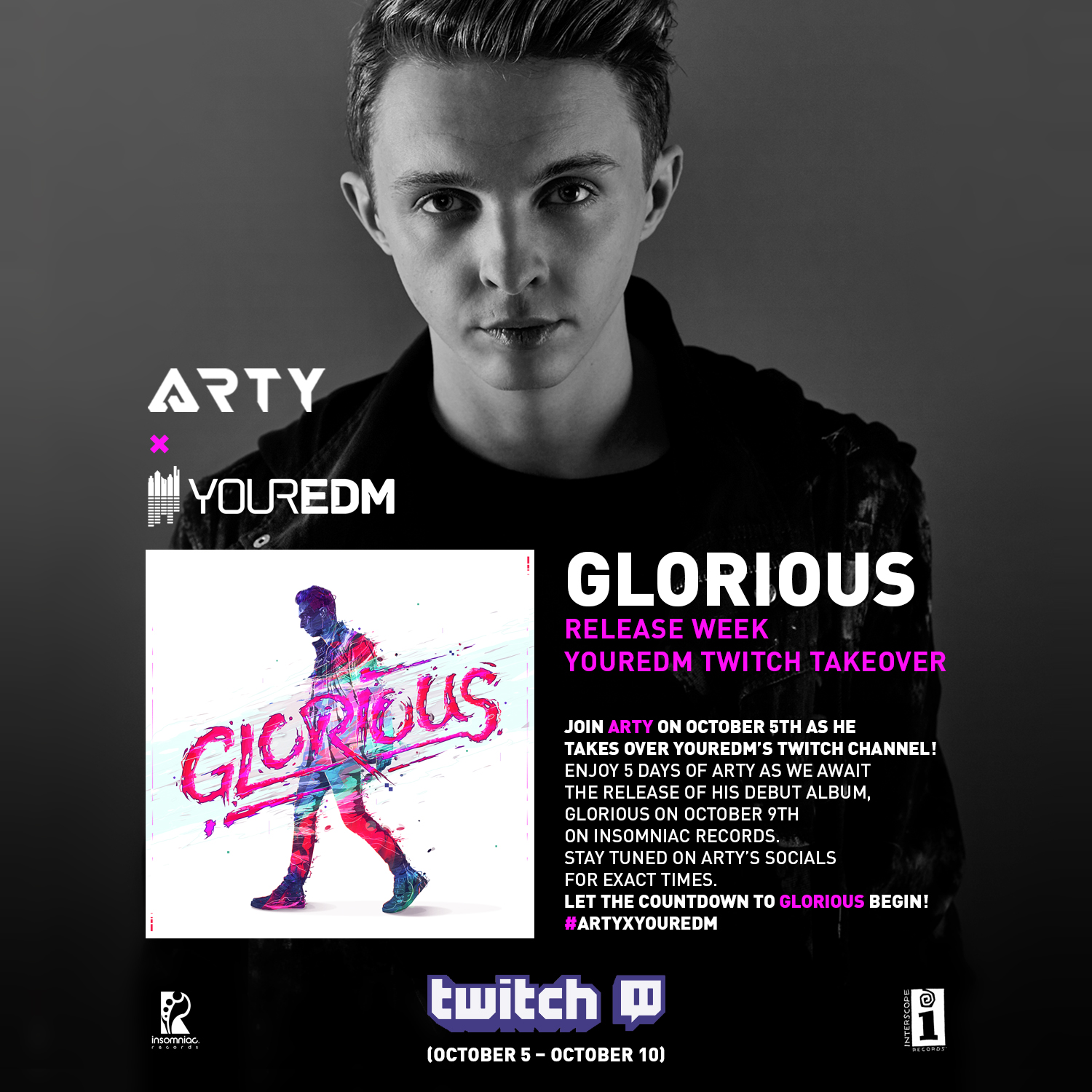 The highly anticipated debut album from Arty is here! After signing with Insomniac Records last year, Arty immediately paid out dividends with the smash hit “Up All Night,” which served as the anthem to EDC Las Vegas 2014. At the same time a crucial remix of Porter Robinson’s “Lionhearted” got people buzzing about this year’s album and what we could expect from our favorite Russian producer. After positive reviews for “Stronger” ft. Ray Dalton and “Braver Love” ft. Conrad, Arty unveiled the album’s title Glorious and an October 9th release date. In preparation for this special milestone, YourEDM is giving Arty the keys to our Twitch channel, for a week of amazing events for the fans around the world.

Fans will enjoy events like an exclusive sneak peek of the entire album and tune in for the first ever in-person episode of Your EDM’s Aspire to Inspire Live this Thursday. But you’ll want to tune in every day, because you’ll never know what surprises we’ll have in store, especially at Arty’s album release party this Saturday, October 10th at Webster Hall in NYC (purchase tickets here)!!

The #ARTYxYourEDM Twitch takeover starts today at 1pm PST as Arty plays Riot Games’ smash hit League of Legends. Arty will also be chatting as he plays, so be sure to tune in and ask questions throughout the stream. Watch Your EDM’s 24-hour livestream below or visit Twitch.tv/YourEDM all week long!