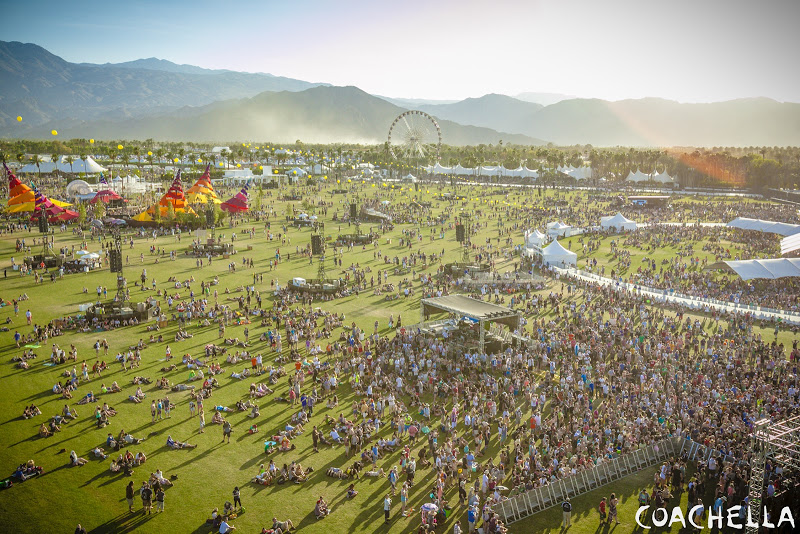 Having just returned from Austin City Limits yesterday, I can officially say that summer festival season is over. (Even though there’s another edition of ACL, next weekend, but shush.)

Beginning ostensibly with Coachella in April, and featuring major festivals like Bonnaroo, Stagecoach, Lollapalooza, EDC Las Vegas, TomorrowWorld, HARD Summer, and even some ones we wouldn’t consider at first, festival season coincides with young adults getting out of school and looking for a good time. While festival season can be a lot of fun for attendees and fans, it’s a lot of hard work for media publications who struggle while integral staff members are out having fun, leaving the rest to cover. So while we’re thankful for the opportunity, we’re also thankful for the rest.

The guys over at the LA Times seem to vibe with us on that, as they’ve just released their report card for some of the summer’s biggest festivals, including many of the ones listed above. They graded the fests on specific criteria, including “body tax,” the acts, how costly the festival was, and how crazy the VIP offerings were.

To save you some time, we’ll give you what you want first: EDC, HARD Summer, and Coachella. Keep in mind, there is no strict rubric that LA Times is following, and seems to grade the festivals relative to each other.

The LA Times gave EDC Vegas a B. Strong points are listed as legacy and lineup, stemming from the long history that EDC has had in shaping mainstream and underground electronic music for the past 19 years. LA Times cites 110 degree heat – at night – though most attendees would argue with that number. They also say that cab drivers “demanded 200% tips before ferrying EDC fans to the fest.” While I can’t personally confirm that, I don’t have trouble believing it. Taking the shuttles would have saved you some money, but could have left you in line for hours after the fest was over. So either way, issues with transportation were present.

Craziest VIP offering: On-site VIP wedding packages in a custom-made rave chapel. And in the morning, quickie divorces were available just down the Strip.

The LA Times also gave HARD Summer a B. The lineup was smaller, but in my opinion, far more exciting than the one that EDC featured. Plenty of left-of-field acts like The Weeknd, Ratatat, Chemical Brothers, Porter Robinson, and Die Antwoord made the lineup highly memorable and extremely enjoyable. Keeping the venue at the Fairplex in Pomona after last year’s Day of the Dead was also a good idea, as it has enough room, and also plenty of access points for attendees. Some of the stages could have been switched – the attendance for the Purple stage was drastically underestimated, causing the crowds to spill out from the doors on multiple occasions.

LA Times addresses the heat and drug use in their Body Tax section, although the drug use was completely voluntary and no fault of the festival itself. And the heat was manageable with multiple shaded sections, though none to be found at the HARDer stage. Wallet drain was minimal, if you chose not to eat. The tickets were cheap for two days, and its proximity to nearby hotels and LA-proper made it an easy trip.

Craziest VIP offering: A modest fenced-off area to watch the headliners with a drink in hand.

Coachella was given an A minus, which was only barely eked out of first place by Stagecoach – run by the same promoter and at the same venue, the week after – which was given a solid A. Wallet drain is a clear detractor, as Coachella has come to be one of the most expensive festivals of the season. Camping reduces hotel costs to zilch, but on-site amenities make up for it. The body tax is mostly from sun and heat, considering the grounds are extremely easy to navigate, with plenty of room between stages to keep from running into overspill from fans.

The lineup served the widest array of interests, with plenty of dance, hip-hop and rock acts to satiate any appetite.

Craziest VIP offering: A gourmet dining package that’ll set you back $1,024 — we hear it’s fabulous, but we’re still griping over having to pay $9 for a semi-cold Heineken.

The lowest score from LA Times goes to FYF Fest in Los Angeles, which has been plagued by logistical issues for years, that, while being addressed, refuse to improve by any noticeable factor. For the full analysis and rest of the festivals mentioned, head over to LA Times.