Kygo Is In The Studio With John Legend

John Legend‘s biggest hit in EDM is still “Heartbreaker” with MSTRKRFT from 2009. If you don’t think so, I’ll fight you. He’s collaborated with Magnetic Man and David Guetta and more since then, but none have had the raw tenacity that was present in MSTRKRFT’s arguably biggest hit.

However, and this is still very tentative, I might have to change my mind. As was shown on Facebook this morning, John Legend is now in the studio with none other than Kygo. 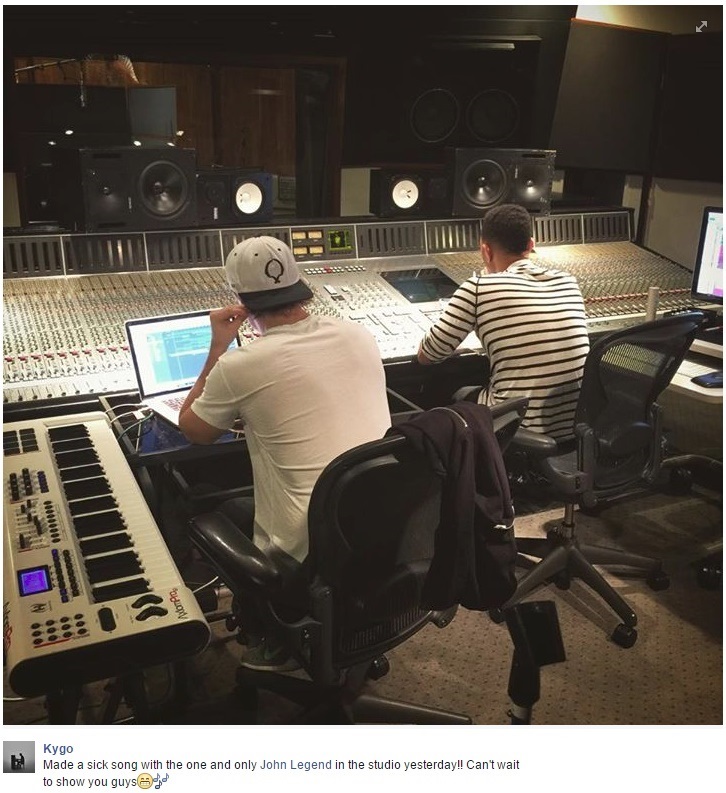 I would think to expect something like Martin Garrix & Usher’s collaboration, “Don’t Look Down.” That sort of tropical vibe that Kygo is known for with a flair of Grammy award-winning vocalism is just the sort of thing that could catapult tropical house, or just simply Kygo, to the next level of production and notoriety.

What the track sounds like remains to be seen or heard, but you can bet with both members working on this, it’s going to be out of this world.