Life In Color Leaks Mysterious Announcement Via Their Instagram

Life In Color has always been one of the messiest parties around. From tours around the United States to the craziness that is their flagship event, LIC Miami, Life In Color brings a different alternative to the typical EDM show. Gallons of paints shower fans as they listen to some of their favorite electronic acts under a massive stage. What more could you ask for?

For their latest set of shenanigans, Life In Color has uploaded a cartoon-ish story in pictures on their Instagram. The pictures depict various artists engaged in various activities, mostly involving squirt guns. A scene of Flosstradamus driving on the freeway by a Miami Beach exit seems to indicate this is news for their Miami stop – and by the look of the artists, it’s gonna be good…

Some of the artists are obvious, others less so. I’ll leave it up to the readers to pick them out so that we don’t spoil the fun. 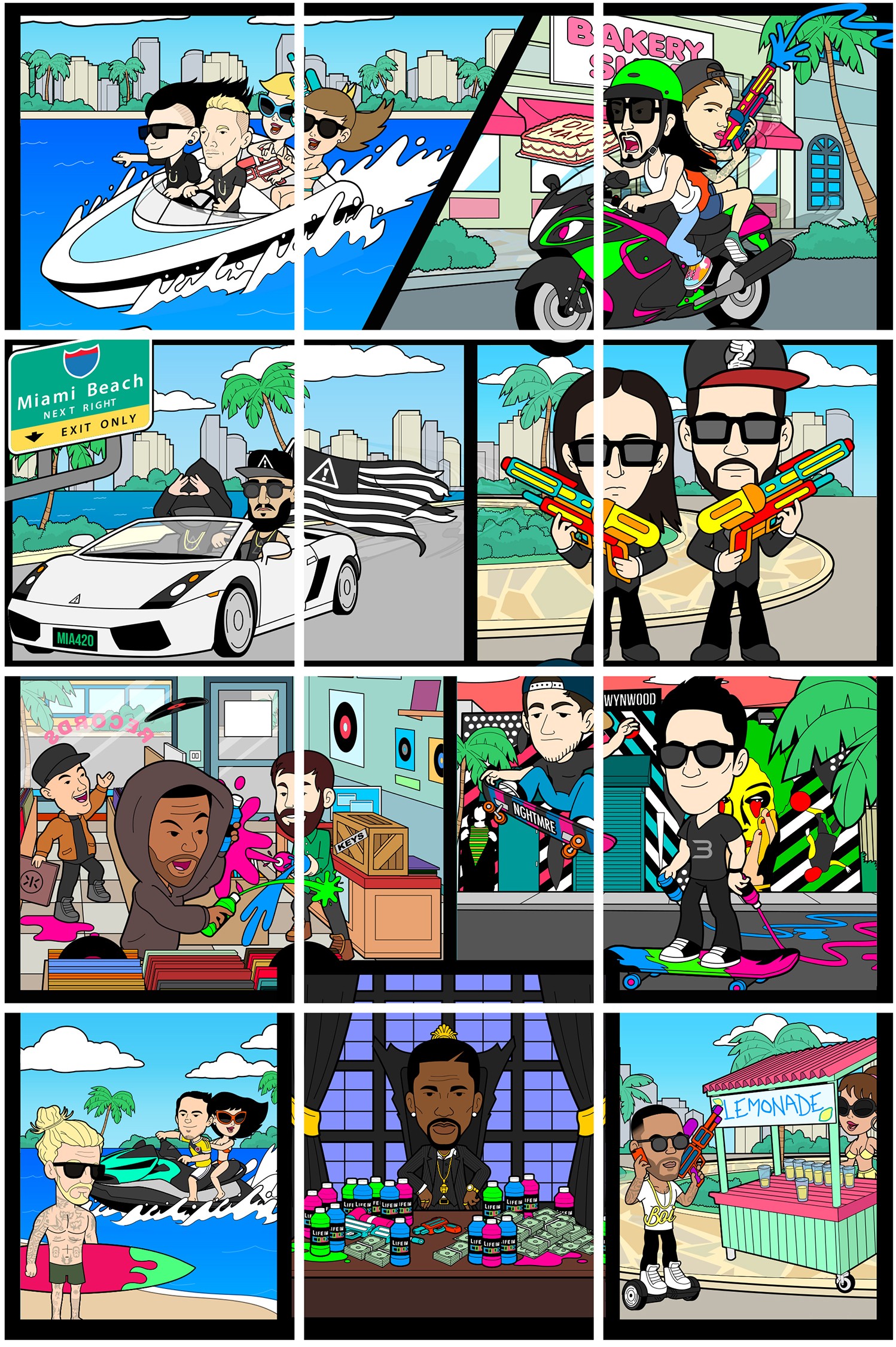 With Life In Color’s main event slated for January 16th, this veiled announcement is sure to stir up some excitement. Be on the lookout for ticket sales soon.

Another Skrillex & Bieber Collab Is On The Way