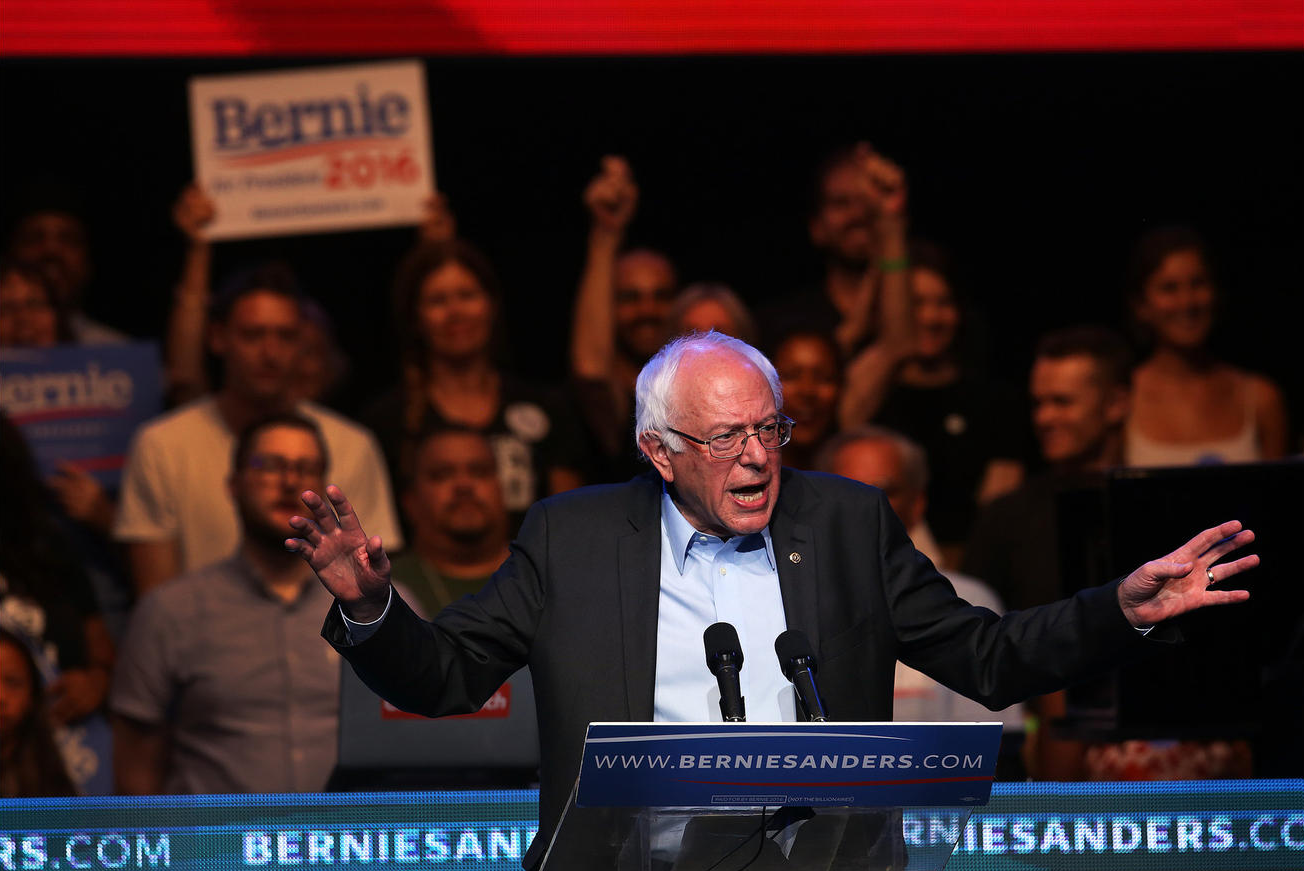 Avalon Hollywood in Los Angeles is perhaps one of the best venues in Los Angeles, playing host to CONTROL Fridays and Avaland Saturdays, bringing in a mind-boggling diverse lineup week after week.

Well, the venue might have just landed its biggest celebrity yet: Bernie Sanders.

After Sanders’ strong display at the Democratic National Debate on Tuesday, he traveled to Los Angeles to host a fundraiser at the #45 club in the world on Wednesday, where he was introduced by Seth MacFarlane. He spoke for more than 45 minutes on his policy points to a packed crowd that cheered him on all the way through.

“If I were standing here tonight and making some vicious attack against Hillary Clinton or anybody else, it’d be a front-page story,” he said. “But if we talk about why the middle class is disappearing and almost all the income and wealth is going to the top 1% — not a big story.”

Before his appearance at Avalon in the late afternoon, he filmed an appearance on The Ellen DeGeneres Show, where he reportedly busted out some dance moves, “then denounc[ed] Republicans a while later for racist attacks against the Mexican people.'”

Bernie Sanders is a favorite to win the nomination for president among young millennials. If you’d like to donate to his campaign, you can do so here.