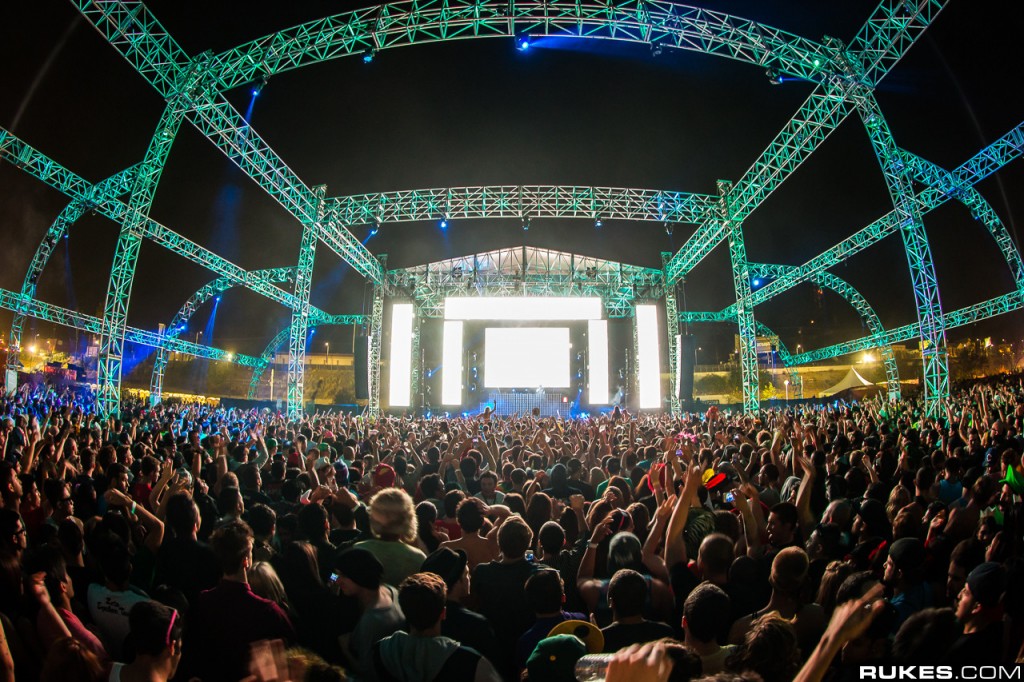 UPDATE 4:30PST: Due to interest and demand from media to cover the artists and performers at HARD, the organizers have revised their policy to now offer credentials to qualifying media.

In our current, technology-driven society, the news is more expansive and accessible than ever before. Our smartphones, social media and nearly limitless amount of up-to-the-minute information give us a pair of eyes and ears on most any noteworthy event. Today, unless public events force every attendee through a metal detector and take their phones away, there is no such thing as a “media blackout.” Now that anyone can be a primary source of information, it would seem that organizers’ best strategy for their events would be to provide a transparent and inclusive atmosphere in open view for the public to see. By imposing formal restrictions on the media, they would essentially be begging for more critical coverage, right?

Today, HARD‘s Day of the Dead music festival in Los Angeles did just that. The Halloween weekend event officially declared a complete press blackout, closing their press list to outside writers, photographers, and videographers. They provided no explicit information on their reasoning for this decision, and refused to comment further when approached by Your EDM.

So far, the reports coming in from our media brethren seem to suggest that the reason for this interesting form of “risk management” stems from the two underage deaths at HARD Summer in August. The loss of these two girls, 18 and 19, has since prompted Live Nation to increase the attendance age to 21+, as well as cut down the total number of tickets sold to just 40,000. With contracts from Pomona teetering, and attempts to reform the festival, blocking out the media is a clear misstep.

If a media blackout was designed as a means to strictly prohibit the release of unsavory images such as drug use and other disorderly conduct, then the efforts are misguided. Looking back at reports of these instances at similar events, blogs can be seen using fan-generated content from smartphones rather than high-quality images from photographers. And that’s because photographers do what fans rarely do: use discretion. While the general public may never be singled out for the consequences of their actions, members of the press put their reputation on the line every time they shoot an event; it would be foolish for them to risk losing their access (or worse, risk getting sued) to post negative content. If anything, they do shows and festivals a service, by promoting the event free of charge.

The same goes for artists’ media teams, who also fall under the blackout. Not being able to bring an artist’s photographer or videographer might not seem important, but it hurts their personal brand by not having key content such as a performance portfolio at DOTD. With after-movies, Instagram videos and more being so crucial, an artist relies heavily on their employees, and can’t expect a festival’s official staff to be able to provide each performer with the same level of attention. In fact, it leads us to wonder if Live Nation is using Hard DOTD as a stage to rollout the new press policies that were recently proposed by Insomniac for their upcoming festivals. Either way, restricting these two groups not only leaves HARD vulnerable to raw fan-recorded content, but it also hinders their ability to spread their brand in a positive way, which – ironically – could be part of their reasoning behind the blackout in the first place.

In addition to visual images, the public is indisputably interested in reading first-hand perspectives from events like this. For those unable to make it out to the grounds, or who want to stay informed about the festival’s happenings, having writers in the crowd is of the utmost importance. The thing we learn during day one of journalism school is this: a writer’s first obligation is to the truth, and their first loyalty is to the people. By restricting coverage of their event and attempting to shield it from the press, HARD is preventing us from doing our job. Without primary observation, we fail to do the music community a service. If all we have to use are the photos and information released from the organizers themselves, we are essentially just promoting them without taking any kind of critical or honest stance on the proceedings.

No matter how well or poorly DOTD goes, the community has a right to be informed. Stifling potentially controversial conversations is no way to improve one’s brand image. In fact, by attempting to control the public’s perception of their event, HARD is raising drastically higher concerns among people like us here at Your EDM, who will be attending the event because of the music regardless of a media blackout.

Though there won’t be any official Your EDM media team present at HARD Day of the Dead, we vow to provide our audience with coverage of the weekend’s events as best we can. For a full and extra-wary look at the upcoming festival’s goings on, check back here. We’ll see you at the Fairplex.

Written in partnership with Kay Spence.