Maarten Vorwerk could be the greatest producer of all time. Producer, but not DJ. When the ghost-producing witch hunt began last year, Vorwerk – who made a career out of being anonymous- was ironically thrust into the spotlight. Knowing that he could never go back to his life as an unknown, the ghost producer decided to have some fun with it, and was even voted into the DJ Mag Top 100 this year.

Today Vorwerk posted a weekly breakdown of just how much time he spends making music, and since he doesn’t have to be distracted by a career as a DJ, the stats are incredible. Vorwerk reportedly spends 6.5 days of his week in the studio. To the envy of most of us, he stays well rested and gets eight hours of sleep a night, and is sure to get plenty of water (though he indulges in the occasional beer or glass of vodka).  Other interesting stats: he only listens to new music for 15 minutes a week, he eats a pound of shrimp weeky, and his favorite synth plugin is Sylenth1. Look at the full infographic below: 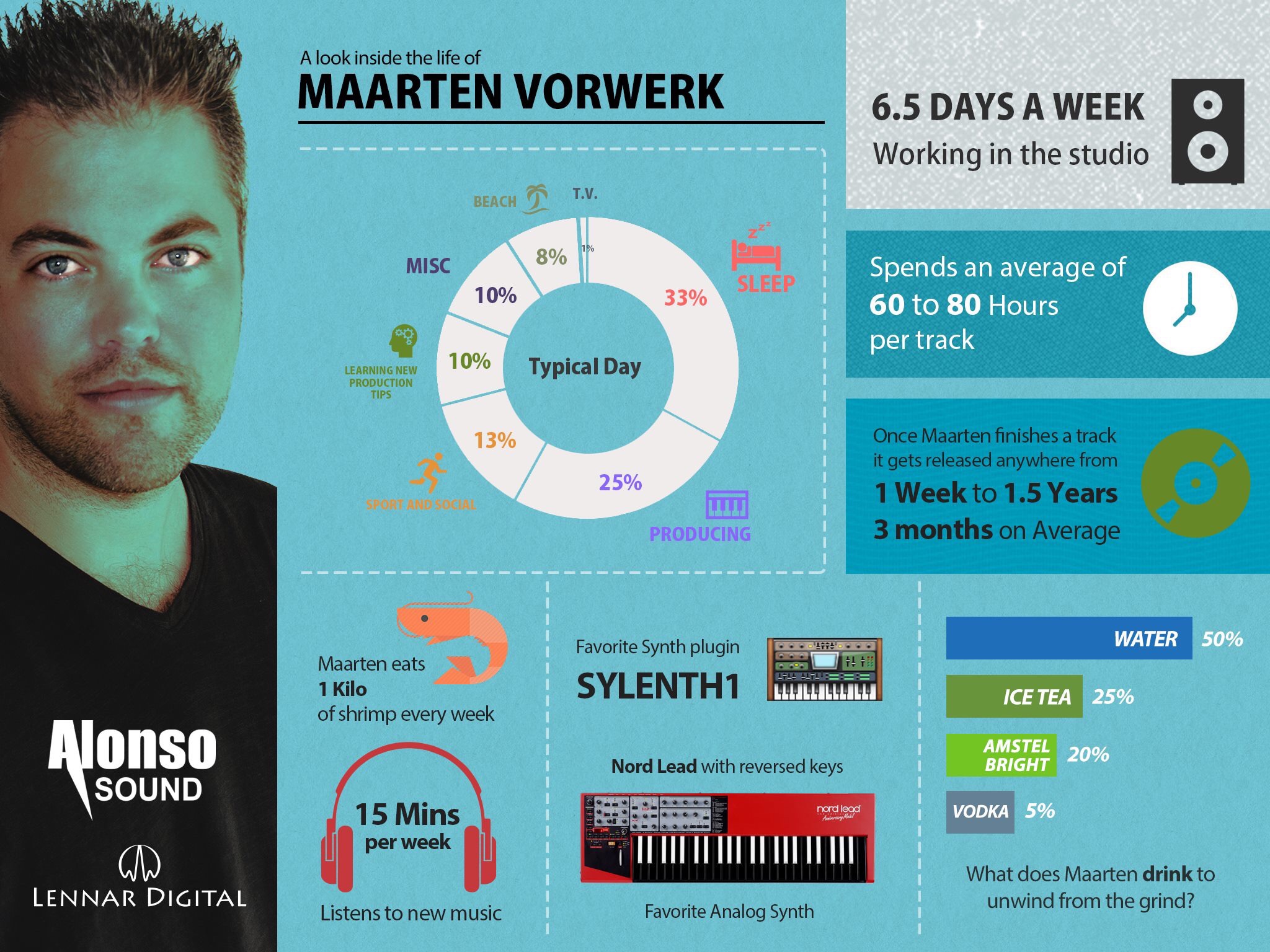 Australia Festival Takes The Title For Most Expensive VIP Ticket