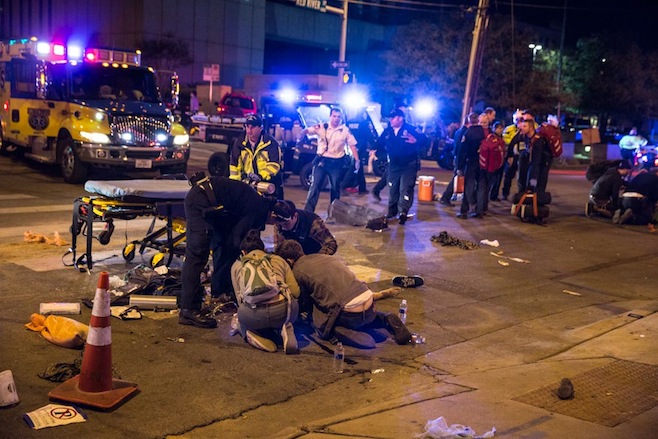 23-year-old Rashad Charjuan Owens, who plowed his car into the crowd at 2014’s South by Southwest Festival resulting in four deaths and 23 others being hospitalized for various injuries in Austin, Texas, was sentenced Friday to life in prison without parole.

Prosecutors did not seek the death penalty against Owens who had been driving under the influence as the jury had convicted him on charges of capital murder which was an automatic sentence. Relatives of the victims gave impact statements in court earlier today on Friday.

Owens had been driving the wrong way on a one-way street and when motioned by law enforcement to pull over, opted instead to accelerate past a gas station and into the crowd where he continued on for two blocks running over multiple people and vehicles.