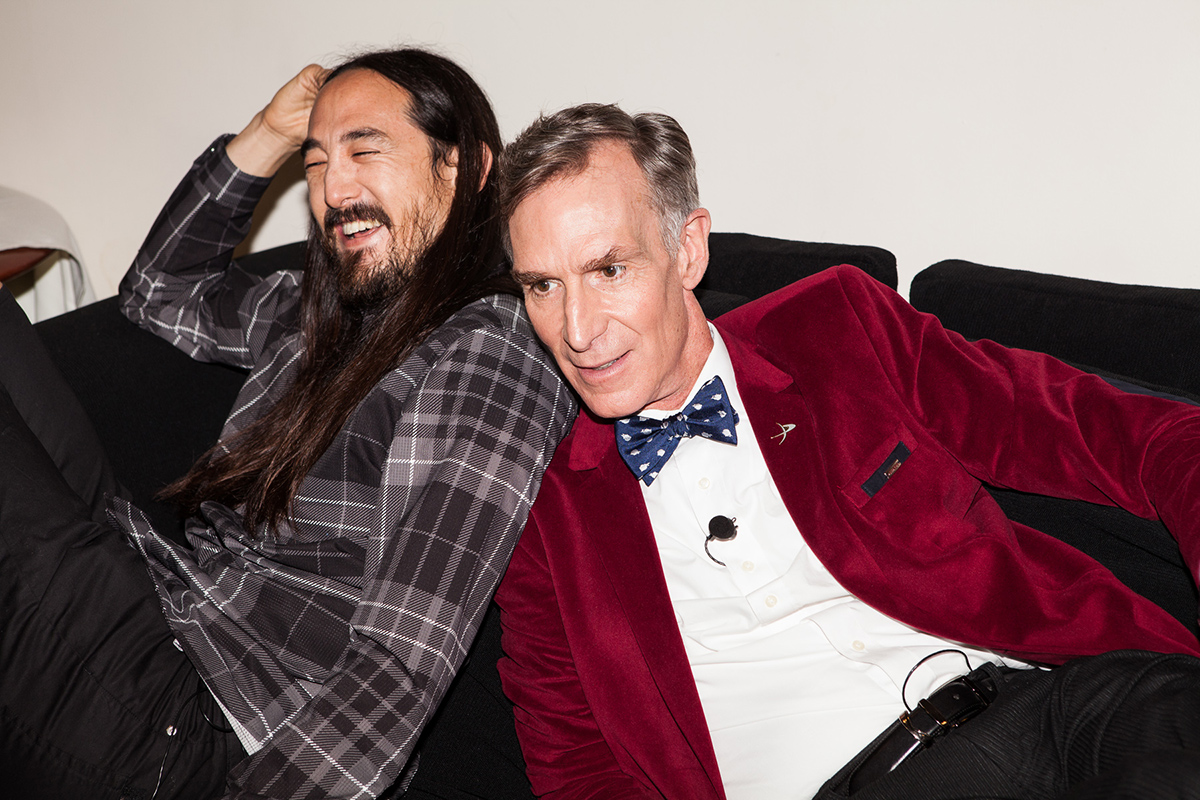 Two men at the top of their fields: Bill Nye, and Steve Aoki. You may not know it from his on-stage antics, but Aoki has quite the penchant for science. In fact, a lot of his tracks are smattered with scientific imagery and themes.

So when the two gentlemen were on stage together at the Fast Company Innovation Festival main stage, they had the opportunity to collaborate on thoughts and even wrote a track together.

Keep in mind: writing a track is not the same as producing one, so there’s nothing really to show for it just yet. Bill Nye calls the track “Noble Gas,” it’s set to the theme of The Twilight Zone, and it will probably be on Aoki’s next album.