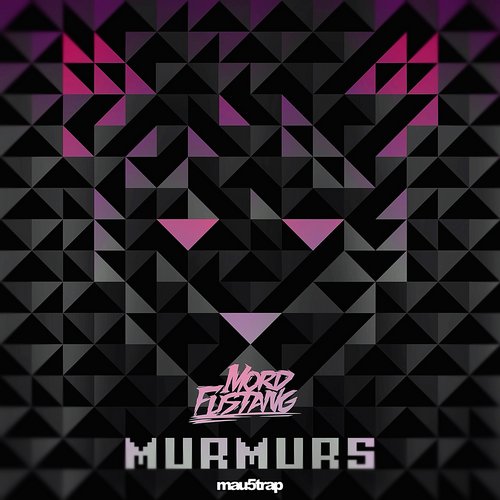 I didn’t expect to see anything else come out this year from Estonian producer/DJ Mord Fustang, but he has a three-track EP that I’m pretty psyched about. After releasing his debut album 9999 In 1 at the very beginning of the year and then releasing a definitive edition of it with three bonus tracks, I thought that this had been pretty big year for one of electronic music’s most well known spoonerism. But Mord Fustang has proven me wrong with his debut appearance on the deadmau5 label mau5trap.

The eponymous track “Murmurs” starts this EP off with an grungy-fueled, sprite-filled energy. Mountainous synth-work shapes and aggressive basslines set this tune as the hard electro introduction to Mord Fustang into the mau5trap family and the new fans he is sure to pick up with this new level of exposure. With sparse use of his signature vocal bits, listeners are welcomed to the EP with a ferocious soundscape that sets a wild tone.

Following up “Murmurs” is “Falling Up,” where we see Mord Fustang playing with a progressive house rhythm and sprinkling it with his delightful chopped vocals. If you’re a close follower of Mord’s productions, then you might have heard this track a week ahead of the EP’s release as the lead single for his latest project. Paying close attention, you can hear the sound of fireworks exploding just before the drop that really add that kick that really sends off a solid house tune.

The third and final track “Flip the Bacon” plays into a newer direction most fans don’t see from Mord Fustang too often. Seen before in his recently released song (that previously had been played at shows for years without release), “The Cat Above,” with its blaring drums and is Mord’s ability to go for sounds that emphasize groove-inducing basslines with less rambunctious glitch work like in most of his work.

But if you really want to get a feel for what Mord Fustang has been up to, then head over to wherever the Murmurs EP is available and download or stream it ASAP.