Kentucky native Caleb Cornett, better known as Amtrac, has been honing his craft for some time now, and with official remixes for Kaskade and ZHU as well as tour support for Gorgon City and Kygo as well it appears that Amtrac has quite the resume thus far.

Today, Amtrac looks to build on that with his announcement on his first ever headline tour: Lost In Motion and joining him in support for 16 out of 18 stops will be Hotel Garuda.

Lost In Motion kicks off January 28th in Houston, Texas and will take Amtrac and Hotel Garuda across the United States with stops at most major cities including Los Angeles, Seattle, Boston, Chicago, Denver, and more before finishing in Phoenix on March 5th. As the tour stands now, February 12th in Philadelphia and February 25th in San Francisco are the two cities where Amtrac will be making a solo appearance, with one other date February 5th still marked TBD with regards to the host city.

In conjunction with the tour announcement, Amtrac released the debut single “Darkest Sound” off his forthcoming Lost In Motion EP which you can stream below. For more information on the tour and tickets, stop by AMTRAC’s official website here, and for more details consult the poster below! 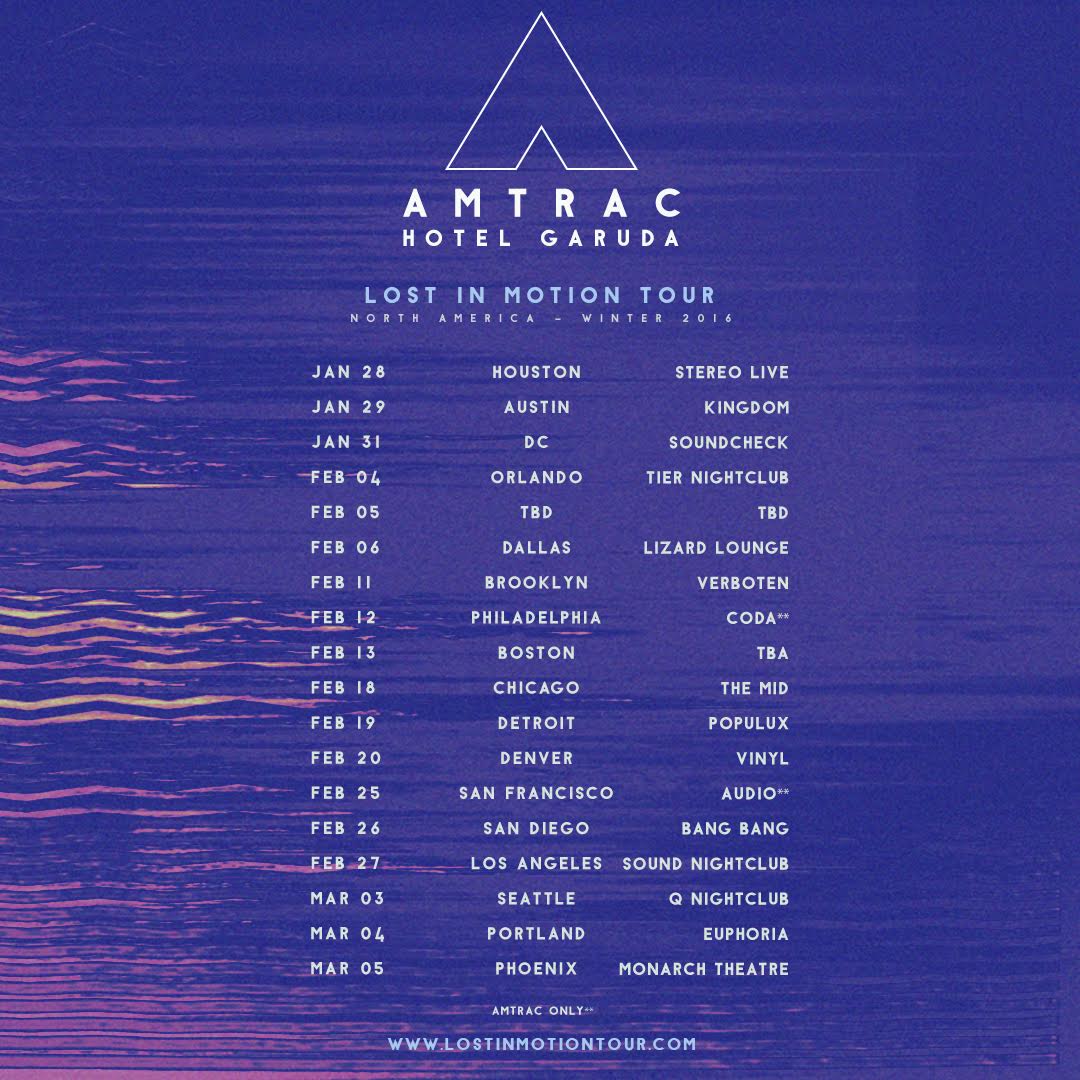