Major news coming out of Insomniac today as it is announced that EDC New York will make its fated return to its namesake state after two years in (what is technically) New Jersey.

The past two years have seen EDC NY at MetLife Stadium on Memorial Day weekend, but 2016 will have some big changes. First, EDC NY will move back to Citi Field; second, it will take place two weeks earlier on May 14 & 15. Insomniac promises an event that will be bigger and better than ever.

Weekend passes for this 18+ event will go on sale Cyber Monday, November 30 at 12 pm ET at NewYork.ElectricDaisyCarnival.com. Two-day general admission and VIP passes will start at $199 plus fees and $459 plus fees, respectively.

“I’m happy to announce EDC NY’s return to Citi Field and back to NYC proper! We have handled all the issues with layout and sound that didn’t work at this venue in 2013. We’ve got a new festival footprint that will leave more room for the stages, carnival rides, roaming performers, and interactive art installations. It’s going to be bigger and better than before.” – Pasquale Rotella, Insomniac CEO and Founder 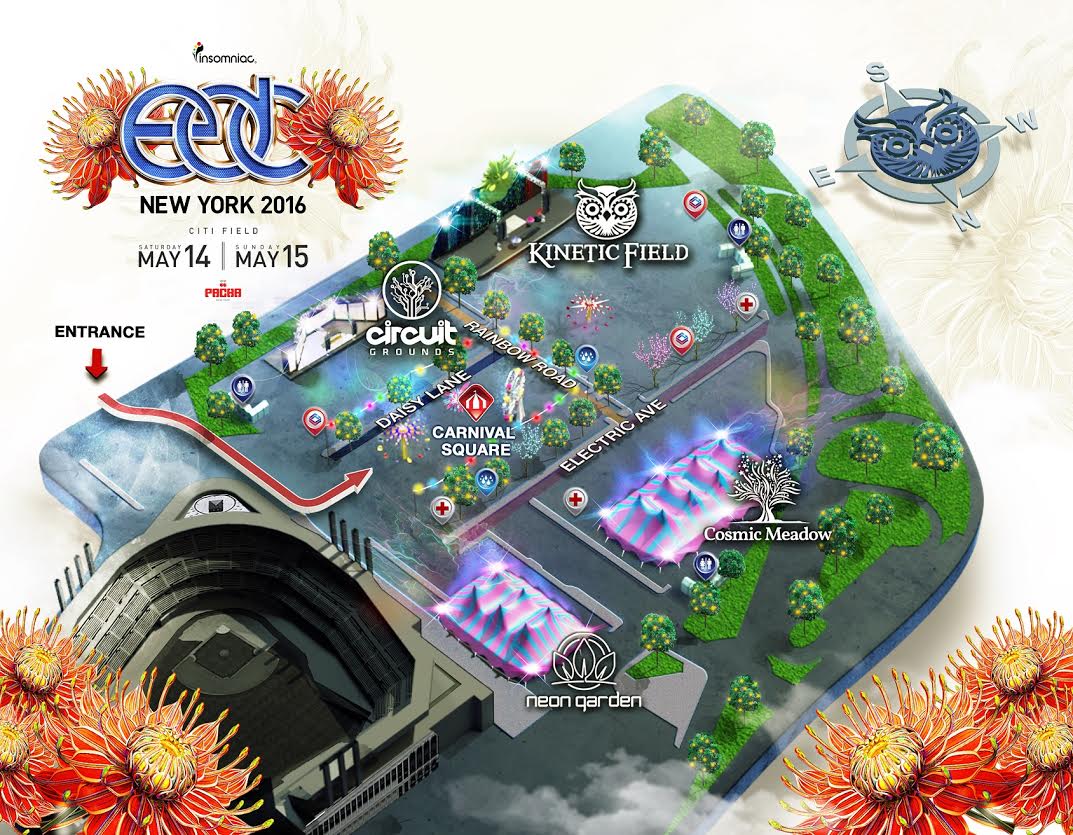