Insomniac’s Electric Daisy Carnival is one of the biggest festival franchises in the world. What started off as a small underground rave in the 1990s has expanded into a year-long celebration of dance music in cities like Las Vegas, Orlando, and even countries like Puerto Rico. In 2016, EDC New York will celebrate its 5th year, and is moving back to Citi Field, home of the NL Champions, the New York Mets. We had a chance to sit down with Insomniac founder Pasquale Rotella after the big announcement to discuss the reasons for moving EDC back into the city, the challenges of planning a festival in the Big Apple, and more.

First things first, was there any specific reason for deciding to move EDC NY back to Citi Field (in Queens) from The Meadowlands (in New Jersey)?

I like being in New York City because it’s called EDC NY. The sports teams that play at The Meadowlands are still called New York teams so it’s not that big of a deal, but I did like Citi Field for a lot of reasons, like the fact that it was in the middle of New York and transportation was easy. And I don’t know if New Yorkers will love this as much as I do, but I love that the subway passes over the entire area.

But most importantly we have access to almost a million square feet which we didn’t have access to in 2013. Our space is 300,000 square feet bigger. Unfortunately, there was an event prior to EDC that was supposed to be torn down in time for our build and there were complications with them getting out, so we were stuck in a much smaller footprint than we wanted to. This time we’re good to go and I’m really excited.

Of all the EDCs, New York is the only one that keeps changing locations. What are the difficulties of organizing a festival in a city like New York, versus the rest of the world?

We’ve only gone back and forth between two venues and they’re not really that different except for where they are. There have been some complaints, but I think a lot of it comes from the fact that fans don’t think we have enough room to produce the show, which is what happened in 2013. New York is challenging in regards to finding venues, which is why you don’t have many festivals in NY; they’re all happening in the same places, so there’s a limited amount of options.

With NY having its own identity, will there be any plans to incorporate New York into your productions, or will it be the same EDC-themed ideas and costumes?

No, we’re still keeping the theme of EDC, but we did include the best parts of the city in the trailer and flyers.

Do you think the recent cancellations and changes of other festivals in the area like Electric Zoo and The Hudson Project have made planning EDC a little harder than usual?

I think the events would be larger if there weren’t so many problems in the past. There are fans that don’t separate one festival from the next, and they get disappointed when they don’t feel like they got their money’s worth because of rain or a cancellation so they decide not to go to any more events. There have been lulls before in New York but I think things are healthy right now. In regards to the city, when things come up like that, it makes people more aware and changes are proposed, but we already do everything it takes to ensure everyone’s safety. We’ve always given away free water and had age restrictions, and we’ve had plans in case of rain which happened in 2014.

With so many music festivals in the area like Governor’s Ball, EZoo, and potentially a new Coachella location, how does EDC set itself apart from the rest to attract new attendees? 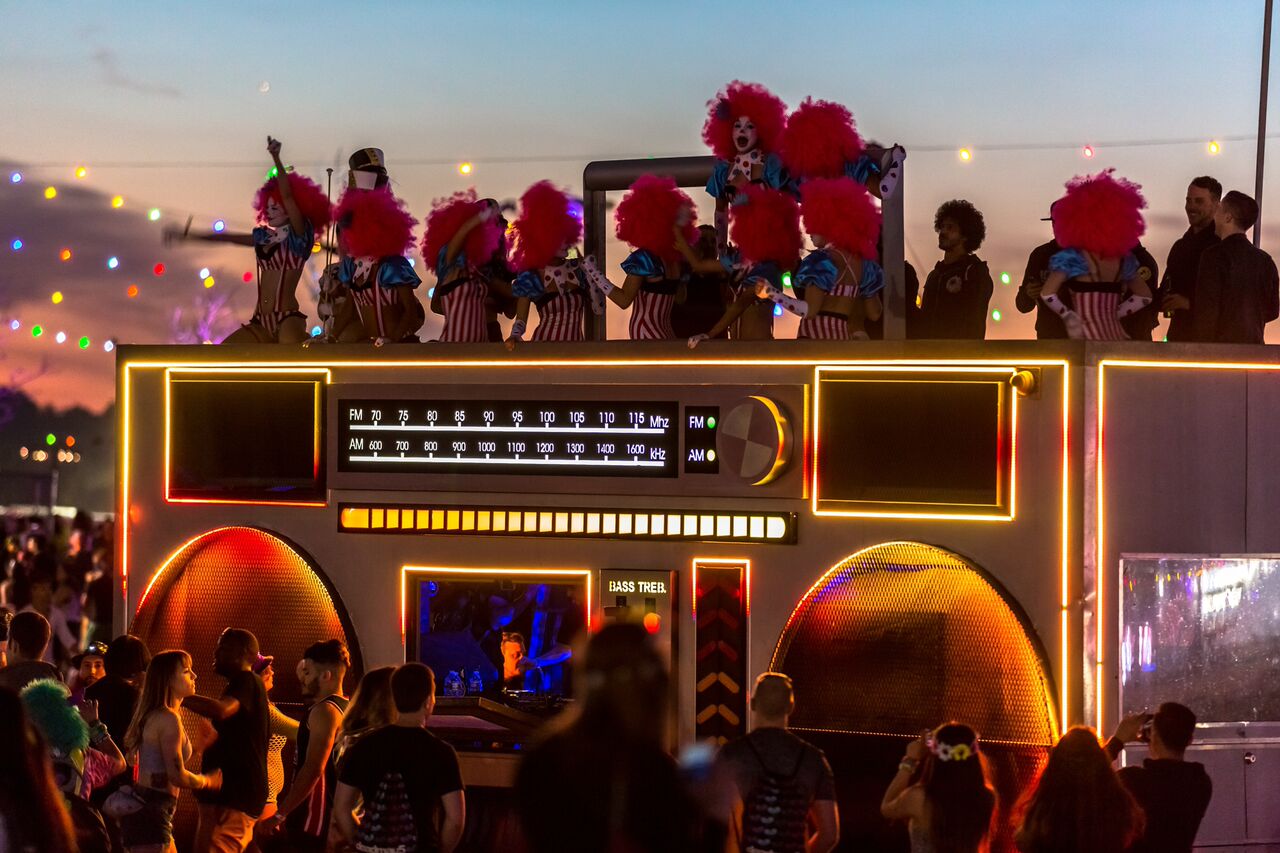 Other companies might have given up on a NY festival after having to make multiple venue changes, but what is it about this city that makes you so dedicated to bringing EDC back year after year?

We love what we do, and we love what comes out of our events. The energy, dancing and celebrating life, and having a good time at our events are good for the body and mind, and we want to spread that all over the world. New York needs that. Everywhere needs a little bit of that.

When we first went to New York for our first EDC, it didn’t have the spirit of the West Coast. I’m not saying it was bad, but people didn’t really get what we were doing. There was a separation of individuals. Though, as the years went on, there’s been more of a freedom to express one’s individuality and dance like no ones watching, and that’s very important to us. There might be other festivals on the market but there’s nothing like EDC. EDC brings the culture of the West Coast where a lot of dance music culture began. Even the underground scene started in LA. Legends from New York like Frankie Bones will attest to that. And to be from the core of the culture and try to spread that vibe aroung the world, we’re not going to just skip over New York.

Well, thank you for bringing EDC back year and year.

Of course. It’s amazing to see how much EDC NY has grown. I mean when we came there for the first time in 2012 it was so different. Such a different energy. And now it brings people together and we love New York.

I think it’s what you said about us not understanding what to expect. When I went to the first EDC NY in 2012, I had never seen anything like it before then.

There were barely any people with kandi or costumes which is what you traditionally see. It was very different. Now it feels like the West Coast. It’s colorful, there’s a changing culture in New York. Californians are more laid back and are more comfortable with strangers I feel like. Now there’s more love between strangers.

Do you think the vibe of New York’s massive techno scene will play an even bigger hand in determining your lineup for next year?

We always have amazing techno stages. There’s a big underground scene in LA. You guys have a huge techno scene and we have a big house scene. New York is the largest market for techno, and we keep that in mind. We have Enter. stages in other festival locations. We love all kinds of music, it’s not about one style, but the East Coast is in love with the sound that we’ll definitely incorporate next year.

Blasterjaxx Open Up About Future [Interview]

Kygo Reveals One Of His Most Embarrassing Moments

Kygo Reveals One Of His Most Embarrassing Moments