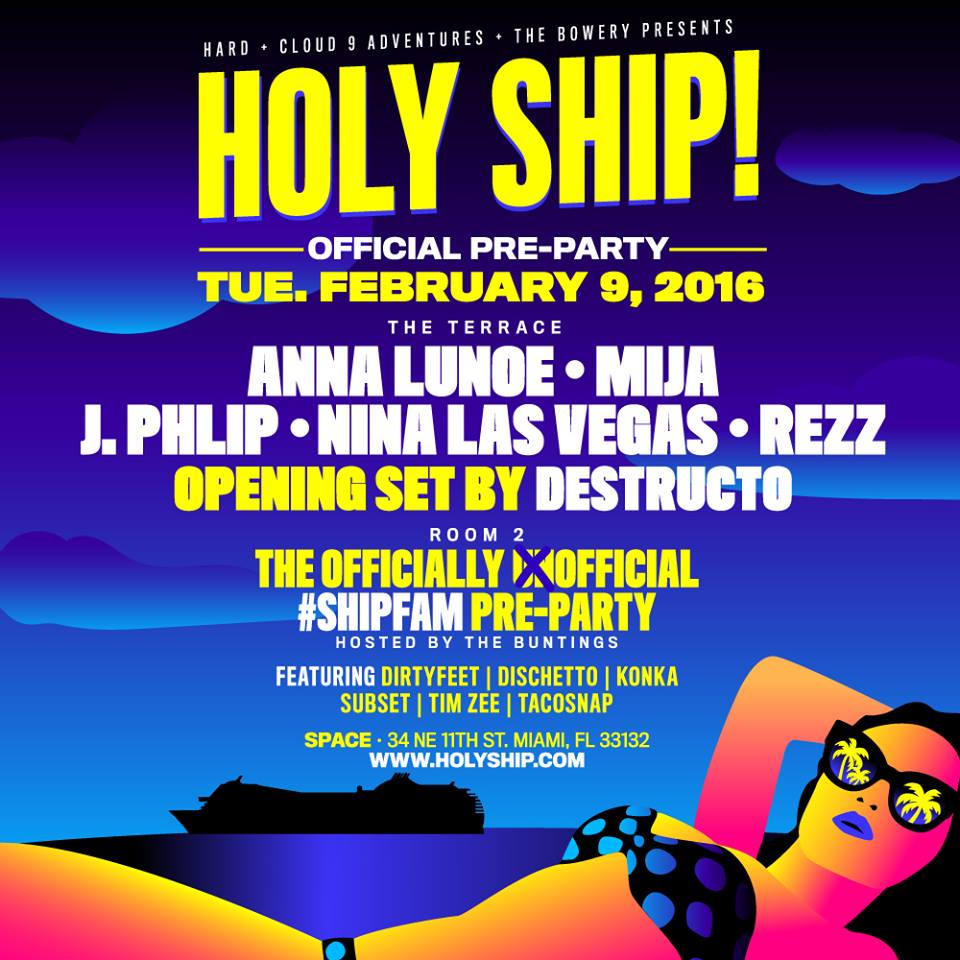 They said it couldn’t be done. A party with more than one female DJ on the lineup could never be interesting, right? Why would anyone ever go to a show like that?

Well, fuck what you heard, because Holy Ship! just proved everyone wrong.

February’s edition of HARD, Cloud 9, and The Bowery Presents’ Holy Ship! already has #Shipfam going nuts, but the story is in the pre-party lineup that was announced today. The nautical party, which spans over four days, begins with a bash at Space Miami the night before. Though Destructro is on hosting duties, he’s billed as the main room opener; Anna Lunoe, Mija, j.phlip, Nina Las Vegas, and Rezz are all listed above him on the flyer.

With all the criticism of the lack of female DJs on antiquated lists and mainstream award shows, I’m overjoyed to see one of the biggest parties of the year headlined by these five incredible talents. Because if we take the gender glasses off for a second and forget what chromosomes make up these DJs, there’s no denying that this pre-party is going to be full of some filthy house/techno beats. Club owners and festival bookers, please take note: lineups like these can draw a crowd; your arguments are officially invalid.