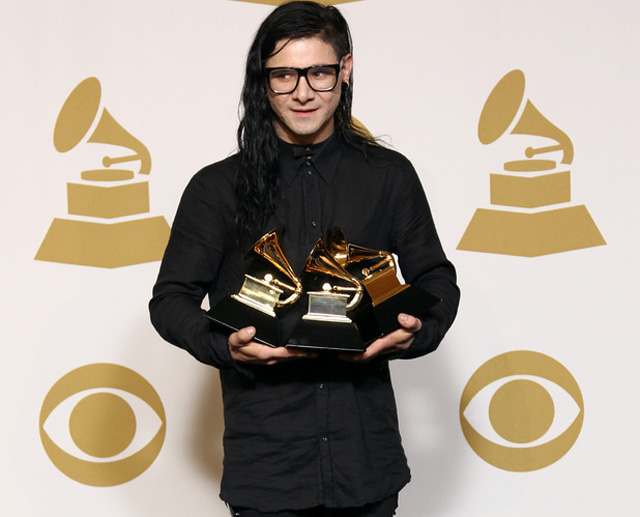 Skrillex is back at the GRAMMYs.

This should come as no surprise, as “Where Are Ü Now” ft. Justin Bieber was essentially the song of 2015. To cap off a tremendous year for Skrillex and Diplo, Jack Ü were nominated for two dance categories at next year’s GRAMMY Awards. This is the first time Diplo has been nominated for an actual track (he was nominated for Producer of the Year in 2013), but the third for Skrillex, who has already won the prestigious award six times between 2012-2013.

While Jack Ü is a heavy favorite to sweep the non-remix GRAMMY’s this year, they’ll have some serious competition in both categories. Galantis‘ “Runaway (U&I)” and Above & Beyond’s “We’re All We Need” also made the shortlist for Best Dance Recording, as well as The Chemical Brothers’ “Go” and “Never Catch Me” by Flying Lotus ft. Kendrick Lamar. The Chemical Brothers and Jack Ü also snagged spots in the Best Dance/Electronic Album category alongside Caribou, Jamie XX, and Disclosure, whose debut album Settle lost in 2014 to Daft Punk’s Random Access Memories.

Galantis’ success also spread to the Best Remixed Recording, Non Classical category, as Kaskade‘s take on the smash hit earned him another GRAMMY nomination, the second in two years for a Galantis remix. The American is one of only four DJs to be nominated in all three dance music categories (Deadmau5, Skrillex, and Basement Jaxx are the others), but has yet to win an award. This year could be the year that streak is broken, but with a remix of the even more popular “Uptown Funk” from Dave Audé and a GRAMMY history of the award going to pop remixes, (Tiesto’s “All of Me” and Cedric Gervais’ “Summertime Sadness”) there’s a chance Kaskade could lose.

For the first time, the 58th Annual GRAMMY awards will take place on Monday, February 15. The full list of dance-related nominees is below:

Above & Beyond feat. Zoë Johnston, “We’re All We Need”

Skrillex and Diplo With Justin Bieber, “Where Are Ü Now”

The Chemical Brothers, Born in the Echoes

Producer Of The Year, Non-Classical