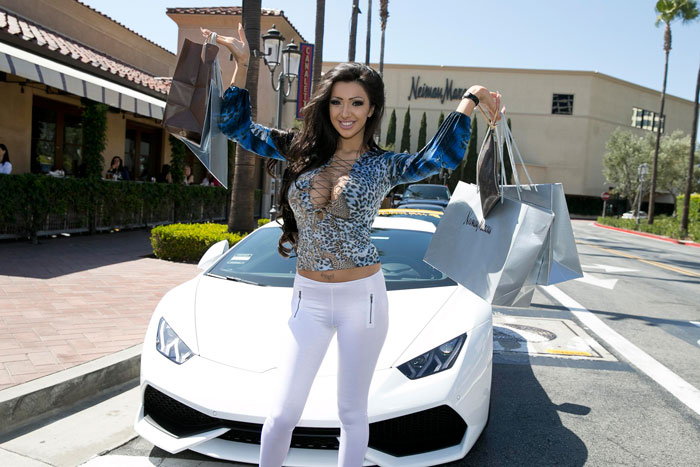 It seems these days that anybody celebrity can hop into a trending music scene and launch a side-career out of it. Since EDM is one of the highest surging genres at the moment, celebrities left and right have staked their claims in electronic dance music to make it the next frontier they conquer. Where some celebrities have something positive to add through their interest in electronic music, such as Kristian Nairn (Hodor on Game of Thrones), others have utilized the genre in terrible fashion, such as Paris Hilton.

Continuing this thread of celebrities thriving elsewhere in entertainment and catching a ride on the EDM-bandwagon is English glamour model Chloe Mafia. Also known as Chloe Khan and Chloe Victoria, Chloe Mafia began her music career back in 2010 auditioning for the UK edition of the X Factor in front of judges Simon Cowell and Nicole Scherzinger. Although she never made it past the bootcamp stage, Chloe continued her career in modeling and even appeared on the Slovakian edition of Playboy Magazine and will be appearing on the December edition of Playboy Venezuela. Now she and her agent are planning on jump-starting her seemingly dead music career.

According to her agent, Chloe Mafia and her music career have options in order to make her music relevant. The agent said,

“Next year I’m taking Chloe back in to the recording studio and we’re going to work on some EDM-type stuff. I want to jump start her music career in Europe, and then who knows where it will go from there? I’ve got producers in Miami and Los Angeles working on tracks for her at the moment – 2016 is going to be a huge year for Chloe.”

With producers working on the east and west coasts of the U.S. and the fact that she could enlist the help of her good friend Fatman Scoop for any of her musical endeavors, the future is unsure for Chloe Mafia and the relaunch of her music career.