To celebrate the 4th edition of ABROADFEST, Wrexter is launching the “Abroadlife” remix contest in which the winning track will be given the status of official remix and the producer will win a trip to Barcelona to performat ABROADFEST 2016. (Flights and accommodation included). 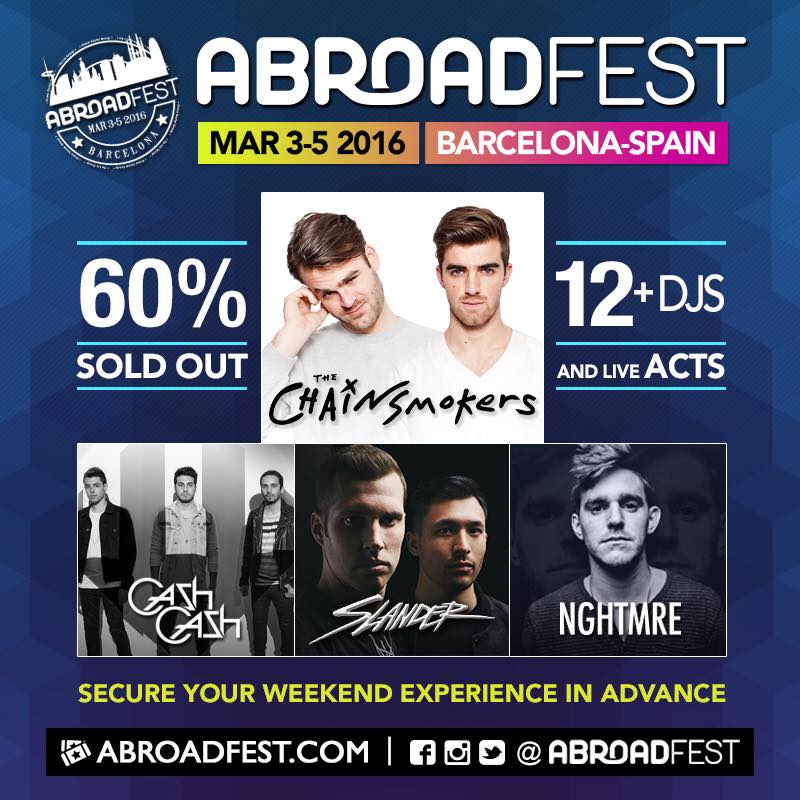 The contest is open to all electronic music genres, and producers/DJs of all types are encouraged to enter their remix.

The winning track will be announced February 14, 2016, and the winner will receive the following:

– There are no limitations on what your version can sound like.
– Use only Royalty Free Samples in your remix.
– Multiple remixes from the same remixer are allowed.
– Combine your samples with ours to make your best remix possible.

– Upload your finished remix to this SoundCloud Group.
– Download the official ABROADLIFE REMIX COMPETITION, stems here: http://tinyurl.com/hxc6b2l
– Name of the submitted remixes should be as follows: ABROADLIFE – Wrexter (feat. Nate Tao) Remix by [YOUR NAME HERE].

Good luck and see you in Barcelona! Contact Wrexter for more info at [email protected].