When Datsik rolls through your town, you can bet that things are going to end up rowdy.

That could not have been truer than last Thursday at the Yost Theater in Santa Ana, California. Though Troy Beetles, more commonly known as Datsik, lives in the LA area, it seems that it’s been a long three years since he has last graced the decks at Yost. Joined by our own Swage, and Kannibalen’s own Apashe, the show was wild from the very beginning and didn’t stop even after the house lights went up.

Attendance at a show doesn’t always equate to quality, especially when you’re talking about who’s backstage. After all, some artists roll deep with a crew. But Datsik’s own pseudo-entourage spoke volumes: Kennedy Jones, Twiitch, Jauz, Barely Alive, Protohype and more were there to support, and the energy behind the stage was palpable – not least of all because of the massive crowd out in front. 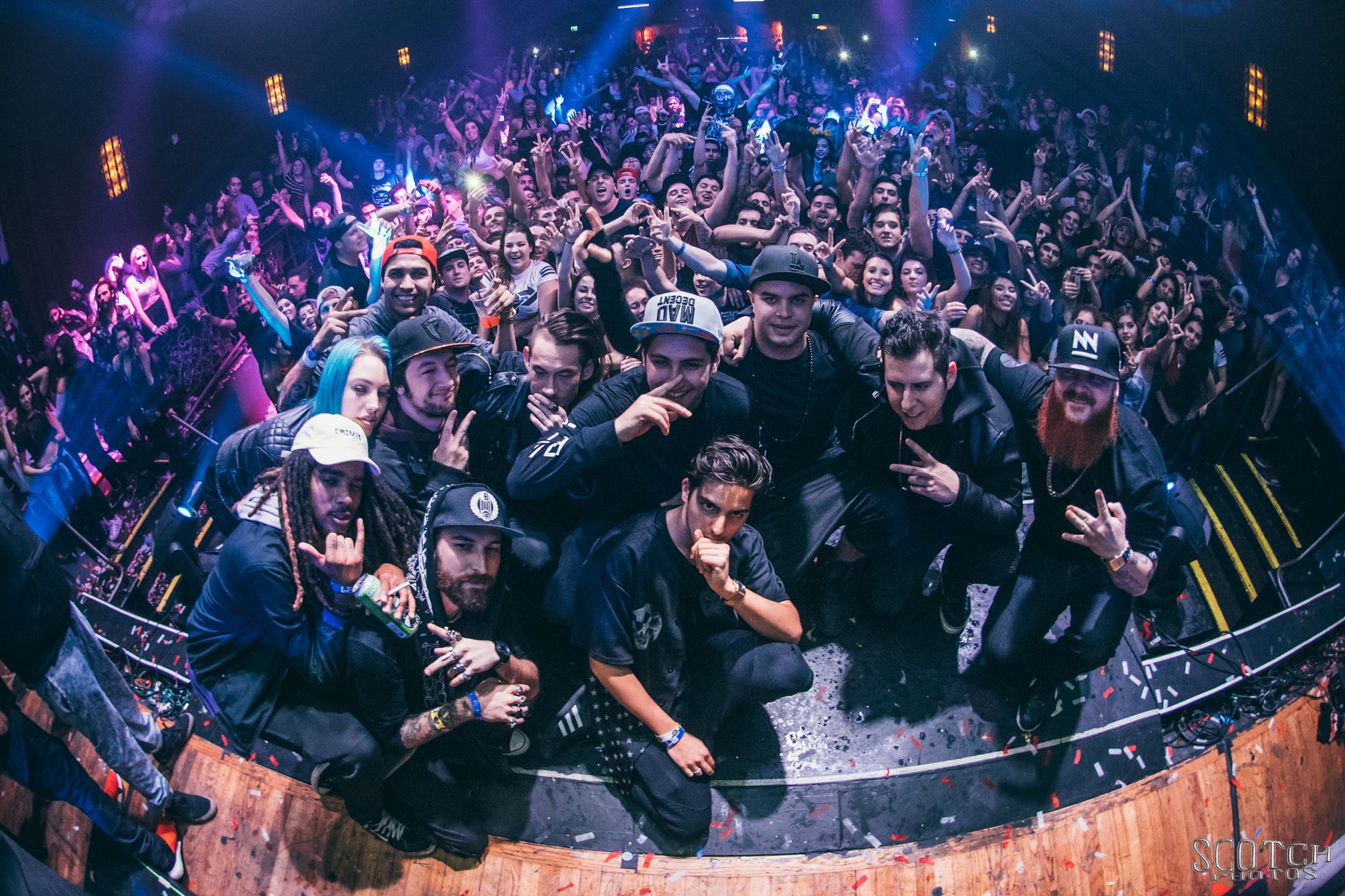 To say that the show was just ‘sold out’ would be a bit of an understatement. Though I’m sure that Yost stuck to regulation and did not overpack the venue, it was difficult to see how people could move a finger in the dense crowd. Drop after drop, the crowd seemed to move in unison, swaying forward and back, side to side. It was as if the waves of the ocean were in front of me, transformed into barely discernible faces. You might think that’s a bit sappy-poetic for a dubstep show, but if you were there, you’d understand.

House lights went up at 1:45am and the crowd started chanting for one more song. Datsik wanted to give it to them, but venue management had to stick to code. After all, they were in a residential area.

The pandemonium felt emanating from the crowd was frightening, the fervor with which they wanted that one last track before they left for wherever it was they were ending up that night. For me, it was an hour’s drive back to Los Angeles, but my ears were still ringing.

Thanks, as always, to White Rabbit Group for the good time.

Stranger And Night Bass Are The Perfect Match