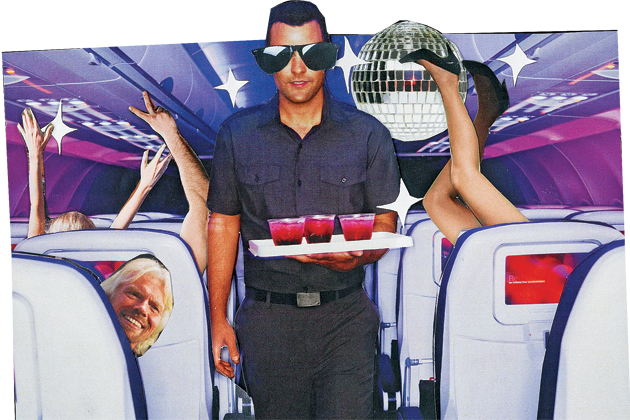 Fly Direct To Ultra In An Exclusive Party Jet

So we’ve all heard about catching helicopter rides into EDC Vegas and partying on boats like Holy Ship is old news at this point. But raving on a flight to Ultra Music Festival?! Yes, this is a thing now, much like Tomorrowland’s party flights.

The minds at Mile High Events have teamed up with UMF, Jet Wise, and Miami Music Week to offer a private charter flight directly to Miami for the week-long event. Sure, it sounds like a rip off of Soul Plane, but who wouldn’t want to fly to Ultra and get shwifty on free drinks and complementary cuisine while dance music’s biggest acts perform live sets for the entire ride. The flight packages come with complementary Ultra tickets, a baggage check voucher, and there’s even a private check-in counter at Schiphol Jet Center to bypass endless airport lines.

However, as you’d expect for such an extravaganza, it’s a bit expensive. The basic package is €1,850, and though early bird tickets are only €1,500, they don’t come with Ultra tickets. Also, the flights only depart from Amsterdam, which doesn’t come as a surprise given the Dutch influence on the entirety of dance music. As much as we’d love to hop on a jet and rage away for seven hours before partying for another entire week, we’ll have to pass on this one. Still, if this all sounds like your jam, feel free to check out the details here.