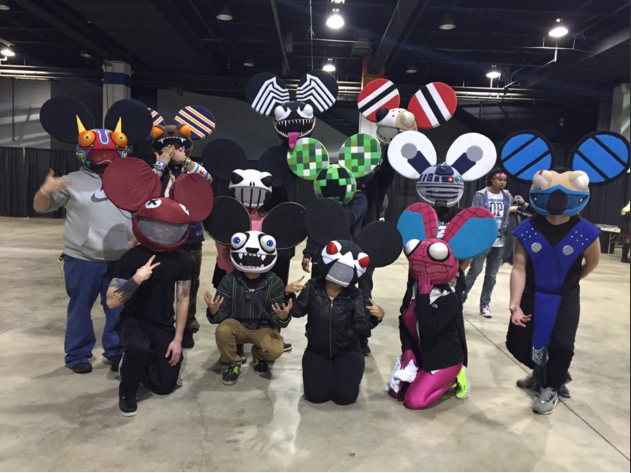 The first night, more than five hours before Deadmau5’s set, several of his most dedicated fans tweeted out a picture of themselves dressed in full mau5head garb. The event’s security, they said, weren’t allowing the helmets inside the venue.

@deadmau5 they won’t let us in with our heads. HALP US! #teammau5 pic.twitter.com/ejrO5NAQ5A

Deadmau5 immediately contacted Reaction’s promoter, apparently “chewing him out” over the dispute.

So, in less than 10 minutes, Deadmau5 was able to save the night for all of his masked fans. Throughout his midnight set, the helmets’ token ears could be seen bobbing up and down within the sea of supporters.

Hats off to Joel and the React team for their quick attention and understanding, and a happy New Year to all!