Yesterday, the results for the “Best of 2015” poll were revealed by subreddit moderator ‘VIOLENT_POOP’. The poll featured plenty of different categories including best album, best song, label of the year, best new artist, best collaboration, best artist, and more.

Having come third in our own list for album of the year, second for Pitchfork, first on Billboard Dance/Electronic, In Colour by Jamie xx added another top finish to its résumé, its first from a fan poll, by finishing as /r/ElectronicMusic’s album of the year. Voters were given three choices, three points for their favourite, two for their second, and a single point for the third. Madeon‘s “Adventure” which placed second in our list also came in second again, with Jack Ü rounding out the top three. In a different graph featuring only first placed votes as opposed to the total points displayed below places remained unchanged with “In Colour” claiming 138 first place votes, Madeon came in with 79, and Skrillex and Diplo’s collaborative project finished with 45. 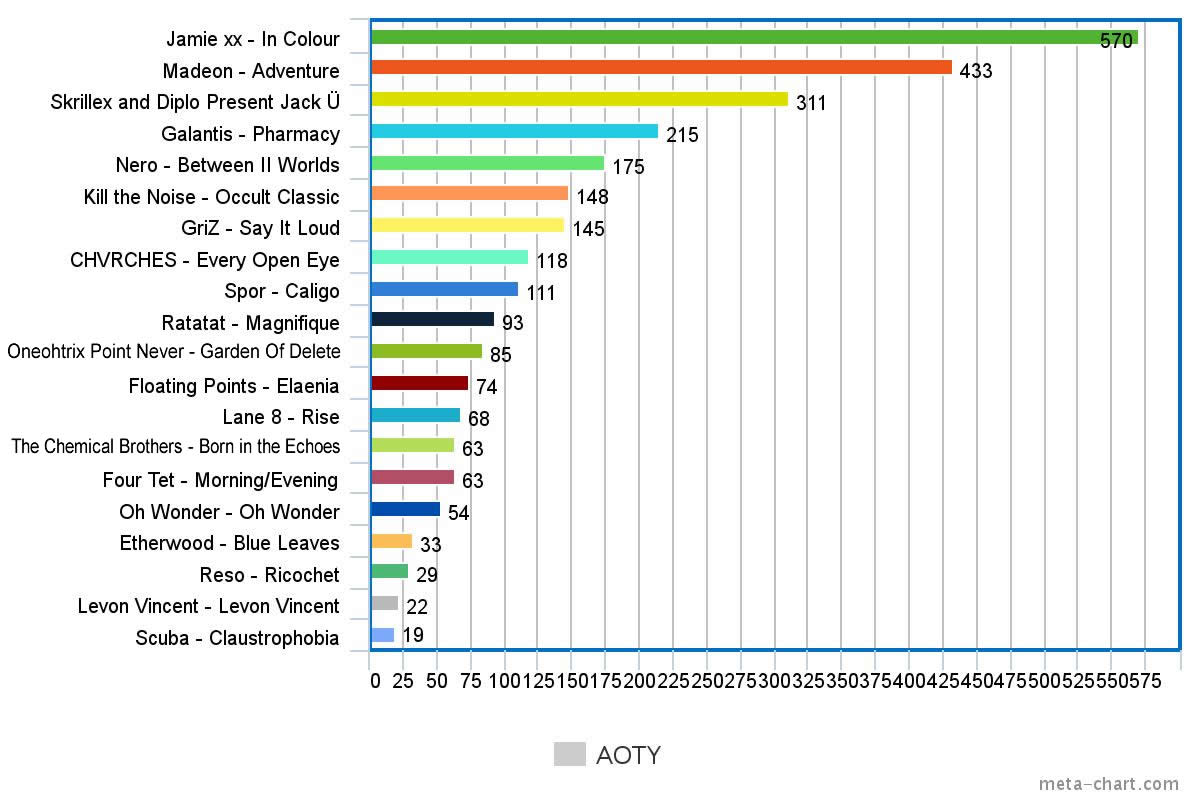 Jamie xx dominated the songs category, as well, finishing with the top two picks. “Loud Places,” my personal choice for single of the year, came in with 305 points with the album’s lead single “Gosh” finishing in second with 260 points – voting carried on in the same three/two/one point increments used in the album voting. Somewhat surprisingly, what became the most popular dance music track of the year, “Lean On” by Major Lazer, DJ Snake, and MØ, finished only in third place with 252 points, only eight points shy of “Gosh.” Rounding out the top five were “Opus” by Eric Prydz and Madeon’s “Pay No Mind” with Passion Pit. 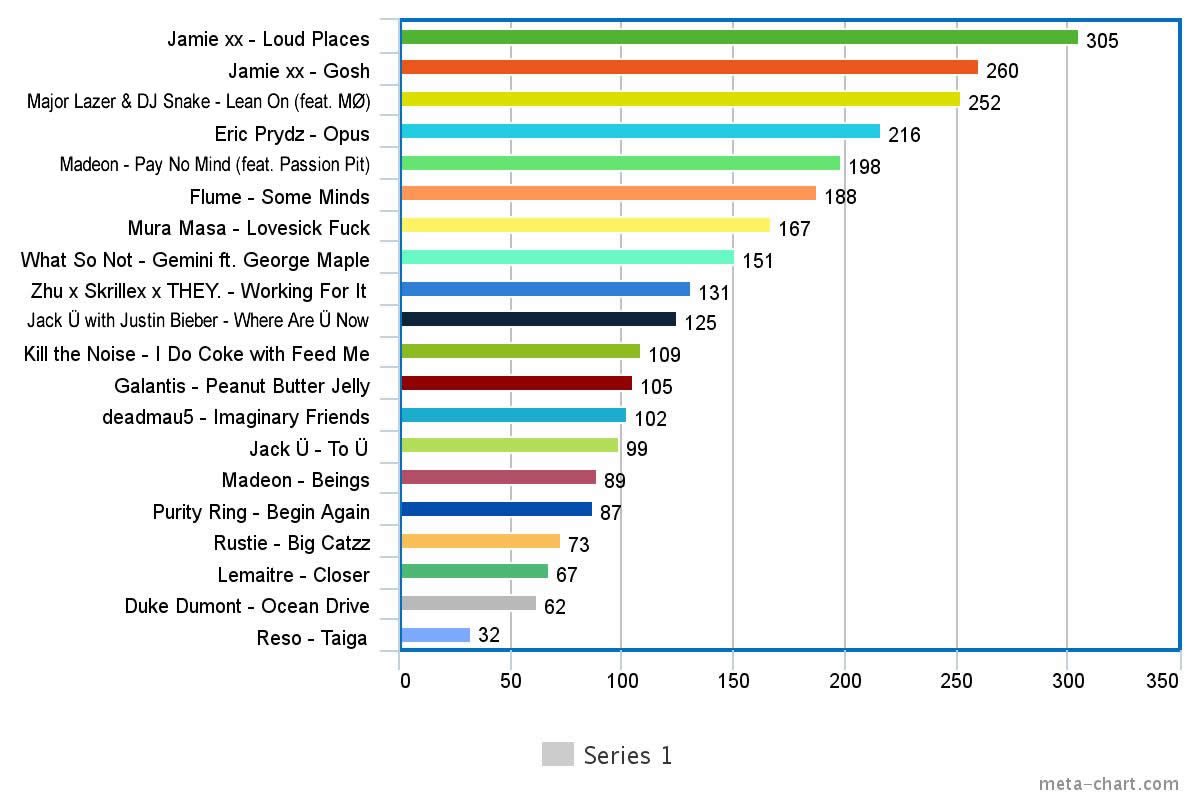 Finishing his hat-trick of the top categories, Jamie xx won again in Best Artist with almost 26% of all votes casted with 123 points. Spurred on by both the Jack Ü project as well as his collaborations with Justin Bieber, Skrillex came in with 71 points and 15% while dance music’s fastest risings stars ODESZA rounded out the top three with 65 votes and 13.6% in a year spent mostly on the road for their In Return World Tour.

For best new artist, trap producer/DJ NGHTMRE dominated coming in with 132 points and 30% overall – more than double the second places artist ATTLAS who finished with 51 points and 12% of the total votes.

For best label OWSLA came in first while Vancouver based Monstercat came in second.

Unsurprisingly, breakout genre of the year was given to Future Bass who easily won over 30% of the votes and 134 total points. In second place came Tropical House with 15.6% and 68 votes showing that despite it’s tail-off from 2014 heights, it’s still a sound to reckoned with.

To join in on the discussion head on over to the Reddit thread here or if you just want to view all the results click here.