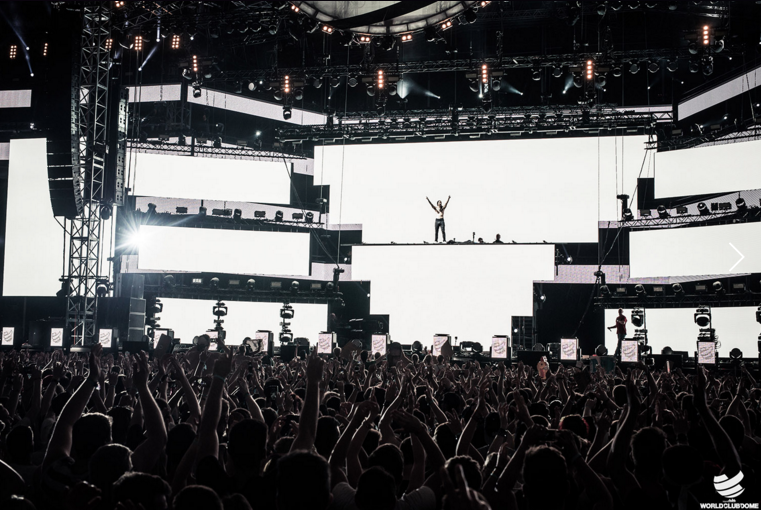 After a record breaking 2015, World Club Dome is returning to Frankfurt, Germany with a startling lineup. Hosted by Big City Beats, the daring event transforms the Commerzbank Arena into the world’s biggest club – though “big” is an understatement. (The arena was previously used by Hardwell to set a world record for largest attendance.)

Over 150 DJs will curate the musical journey across 15 floors, each one exploring its own realm of dance music, from house, trance, techno, trap, hardstyle, and more. But this is no Ultra or EDC, World Club Dome is offering the intimacy and antics of a club setting with the production and scale of a world-class festival. And what other club offers a colossal three day party with acts like Martin Garrix, Steve Aoki, Armin van Buuren, Robin Schulz, David Guetta, Dannic, Dyro, W&W. With a capacity of over 50,000 and an expected total of over 100,000 party people… this is an event you don’t want to miss!

Set to take place on June 3rd, 4th, and 5th, World Club Dome is even offering a fleet of exclusive Clubjets and Clubtrains to help bring fans to the party. There’s also an Ibiza pool party themed tech house floor that we can’t wait to see in action. Watch the 2015 aftermovie below, and head to World Club Dome’s official website for more information.