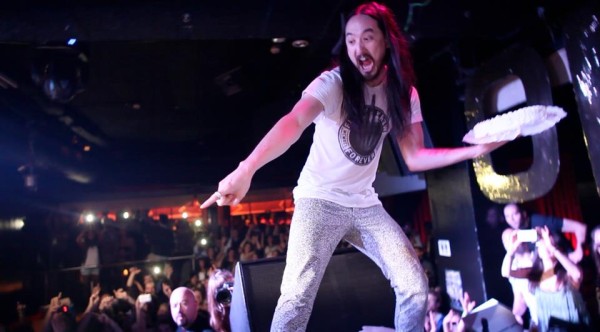 Another Fan Suing Steve Aoki, This Time It’s Rather Ridiculous

Steve Aoki will face legal troubles from a fan once again.

Last May, we reported that a young woman was taking legal action against Aoki for “breaking her neck” at a show at the Hard Rock Hotel in San Diego nearly three years prior. Yesterday, TMZ reported that another fan is now suing Aoki; however, we don’t think he has much of a case.

Raymond Collins says Aoki’s flying pastry during a March set at Hakkasan made him bite it so hard he sustained a serious head injury. In the suit, he says he literally did a slip and fall on the cake after it landed on the ground.

To make it clear, Collins was not hit with a cake, he slipped on it after it had already landed on the ground. So really… Collins is asserting that he faced “mental suffering, loss of enjoyment of life, and lost income” as a result of his own clumsiness.

We’ve reached out to Dim Mak for comment, but we have not received a response as of time of publishing.