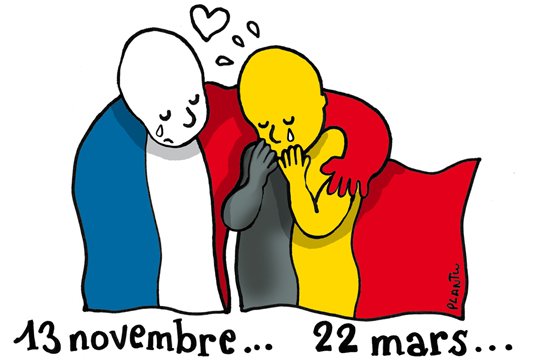 News of the terrorist attack in Brussels swept the internet quickly this morning. At this time, CNN has reported that ISIS claimed responsibility for the attacks in the Belgian capital’s airport and a subway station, which killed “at least 30 people” and wounding “about 230 more.”

As in situations of tragedy like the one today, dance music’s producers (among others) have come out in support of the victims of the attack, wishing their best and offering words of kindness.

Thoughts and prayers out to Brussels, Turkey , Yemen, Ivory Coast and Nigeria who have all recently gone through devastating attacks.

Thoughts and prayers out to the people of Brussels. Sad to constantly see devastation on innocent people in this world…

Sending all my good vibes to Brussels

Shocked about the situation in Brussels. Thoughts are with the people in Belgium. Violence is never the answer.

More powerful than a thousand bombs, is one word that brings peace.

Very sad and scary times. My thoughts go to the victims of the horrible events at Brussels Airport this morning.