Lollapalooza has set itself apart as one of the most iconic music festivals in the US – having been founded by Jane’s Addiction singer Perry Farrell in 1991, 2016 marks Lollapalooza’s triumphant 25th anniversary (not counting the off years, 1997-2003).

Today, Lollapalooza revealed the lineup for its 25th year and it’s quite frankly stacked. The most obvious and glaring headliner stands out from the rest right on first glance: Radiohead. Along with LCD Soundsystem and Red Hot Chili Peppers who have both been making the festival rounds this year, the top acts are looking quite good.

However, Lolla revels in the small and unknown acts, and there are plenty to choose from in that category, as well. Illenium, Hayden James, Skepta, Tennyson, Drowners and more round out the smaller names on the lineup flyer, as well as showing Lolla’s depth of booking across the world. Something to point out though is the density of dance acts on the bottom half of the lineup, ranging from Boombox Cartel to Louis The Child to Party Favor, the lineup represents most popular festival genres of EDM (sorry trance, techno and hardstyle, you guys always get the short end of the stick).

Bigger dance acts are featured as well, such as Major Lazer and Disclosure, both of which seem to be booked for nearly everything this year. Flume will be present, as well as Flosstradamus, Hardwell, Martin Garrix and Die Antwoord. 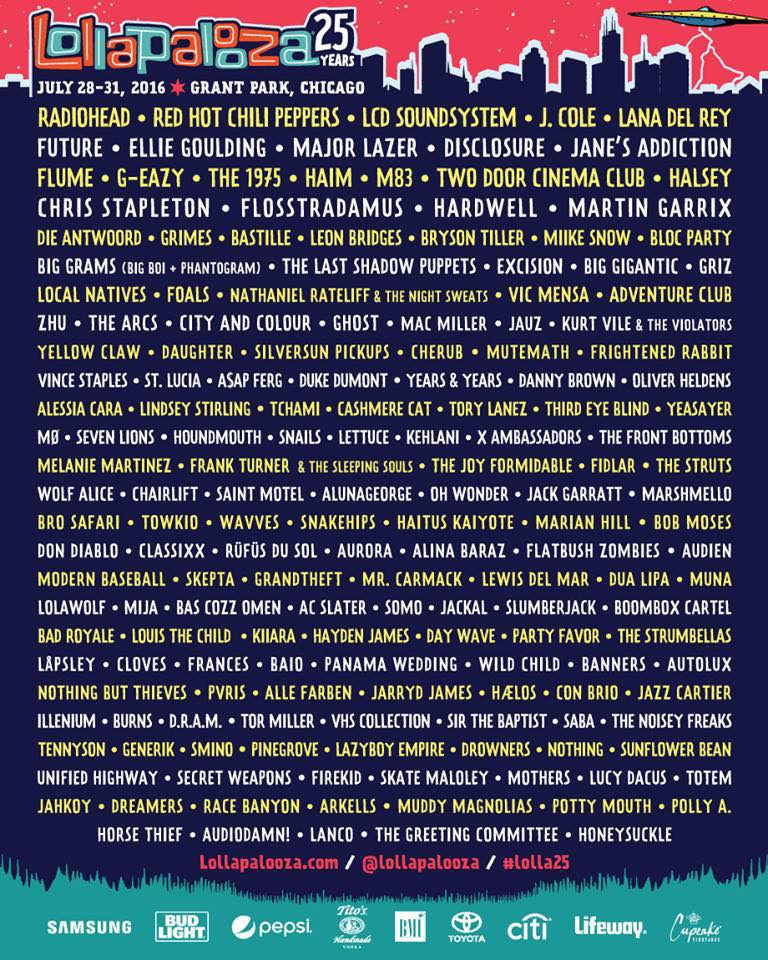