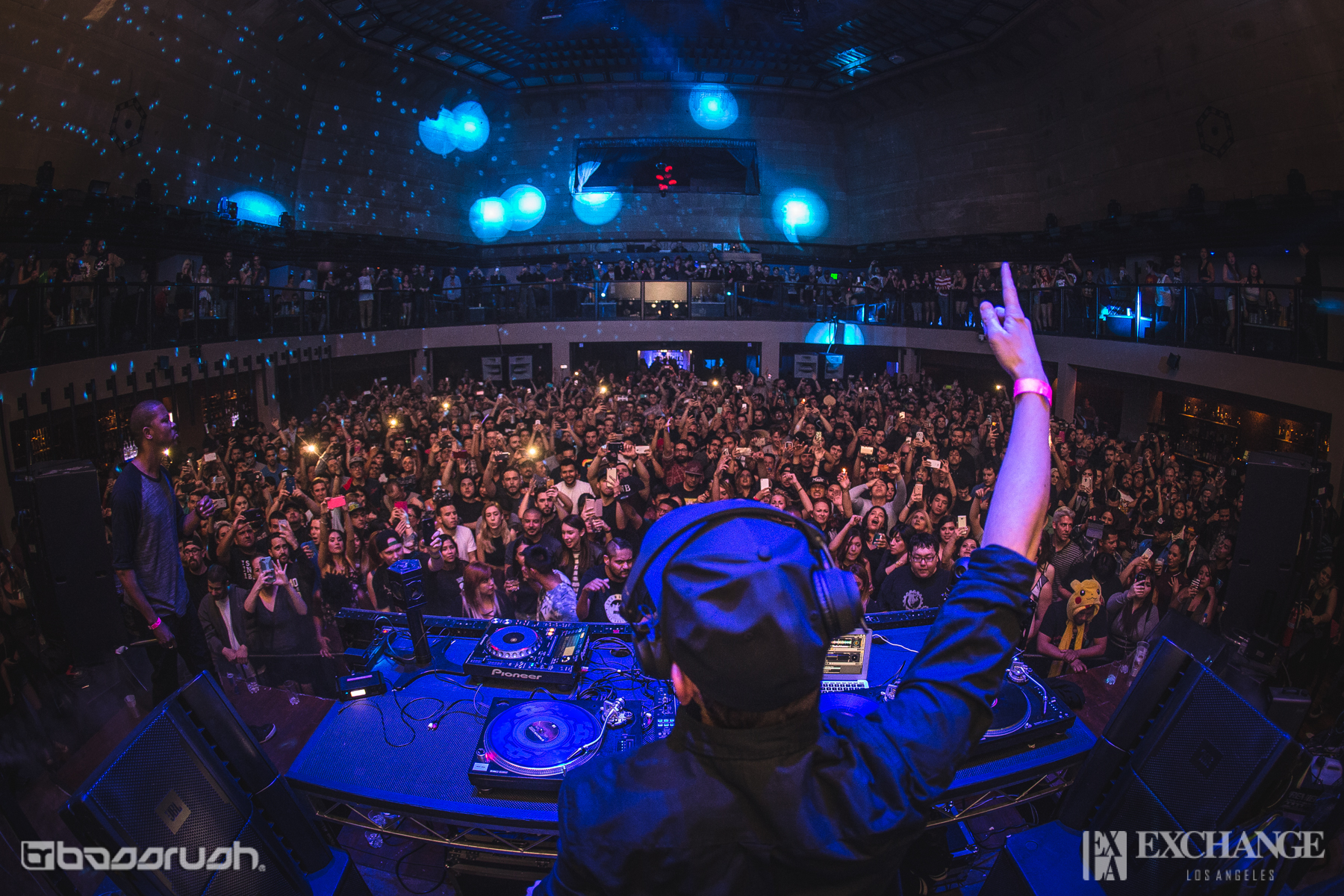 I always reiterate with the most humbled and grateful intent that those in the Los Angeles drum and bass scene are consistently spoiled by the amount of international talent that makes our beloved home a primary tour stop. Just a few weeks ago, our favorite Southern California venue Exchange LA nearly became a demolition site for the plethora of double drops alongside a variety of indisputable bass lines carrying enough magnitude to level a small village. Who, might you ask, would be responsible for such mayhem? Well, if you’re a junglist like me… you’d place it almost immediately. We’re talking about The Executioner himself, Andy C, a name entirely at odds with the concept of limits. His skill set knows no bounds, and if you’ve ever witnessed the onslaught of his legendary DJ sets, you know exactly what I’m speaking so fondly of.

As I entered the venue, I caught the one known as DJ Nightstalker start the night off with his darker neurofunk bass lines. His variety on the decks was immediately noticeable, as he transitioned with quick switches and neck-snappers in such a way that I genuinely questioned whether or not the rest of the crowd would last through the rest of the night with such a rinse out set as this. I’ve seen Bassrush resident Chris Muniz several times, but this night specifically he was definitely on his game and more. Ranging from tunes on the deeper side of the spectrum such as Black Sun Empire, State Of Mind and Enei, he consistently reminded the crowd of exactly what sort of night they were in store for.

Next up, we beared collective witness to Fallen and his undeniable mastery behind four decks. Now, normally I’d begin by reviewing a bit of his track selection. Unfortunately, that proves to be a bit difficult when 80% of his set was exclusive dubplates that not even your favorite DJ has heard yet. If you’ve never seen this man perform, I’d highly recommend you catch his next set as it will leave you wondering for the weeks that follow when exactly that tune he double dropped so flawlessly will finally be previewed online. His superb mixing and impeccable taste in tune choice left the crowd in awe time and time again, and myself (amongst many others I’m sure) could not picture anyone else doing a better support job than him.

Whenever I feel myself in a situation similar to one before Andy C takes the stage, time tends to move entirely too fast. I lose track of the hours on my phone, I drown out any responsibilities or worries at hand and get lost in the music – as I consistently tend to do at Exchange LA. Before I knew it, the lights dimmed, the strobes intensified, and Armanni Reign began to announce the beginning of what we’d all been so impatiently awaiting. Chills and goosebumps began to spread through my pores like the sub bass that partnered his first track. With each transition, a new one had already begun. With constant switches and mixes beyond comparison, Andy proved once again why he is the one and only true Executioner. Rinsing tunes ranging from those pioneered from the ’90s that he so tirelessly promoted all the way to the the smashers that stand so tall at the forefront of the label he runs today, he showed no mercy to the venue and all of its inhabitants. Needless to say, myself and the rest of the sold out venue were all in the same state of blissful trance.