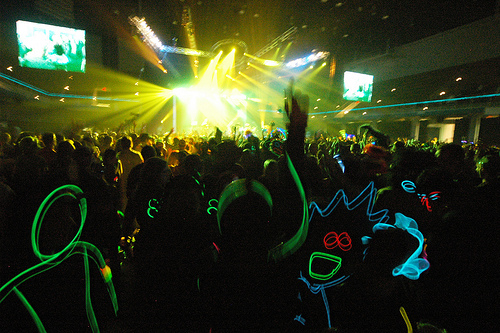 North Carolina’s annual Moogfest, set to touch down in Durham from May 19-22, has recently spoken out against a state law that bans LGBT people from entering the bathrooms intended for what they perceive to be the “opposite” sex. Passed earlier this week, the bill has received harsh criticism from several noteworthy outlets, such as The New York Times and mayor of San Francisco.

In a statement issued directly to their attendees, Moogfest described their adamant opposition to the bill and urged readers to actively promote more inclusive values both on and off the festival grounds. Read the full message below.

“We are stunned by the news this week, and we invite you to join us in opposing regressive, unjust discrimination of all kinds.

House Bill 2, the Public Facilities Privacy & Security Act, passed on Wednesday by North Carolina’s legislature and signed into law by the governor, eliminates anti-discrimination protections for all lesbians, gays and bisexuals and bars transgender people from using bathrooms that do not match the gender they were born with.

Moogfest is proud of its home in Durham, its heritage in Asheville, and our friends throughout the state of North Carolina. But we adamantly oppose this law, and any laws that enable or encourage exclusion and bigotry.

Moogfest is dedicated to the legacy of Bob Moog, an engineer who partnered with artists to create new technological tools for creative expression. It was Bob’s lifelong belief that true innovation comes through collaboration, not exclusion. Moogfest offers an inclusive environment where all people come together to explore big ideas for the future. We value diversity, self-expression and experimentation above all else. This discriminatory law not only runs counter to the basic principles of equality, fairness, and justice – it is a direct affront to our principled mission.

We will have spaces dedicated to education and dialogue around these issues and we will take every step possible to ensure that Moogfest remains a safe and welcoming space for all festival-goers, especially the many LGBTQ artists and speakers joining us this year.

We invite all fans of Moogfest to join us. We are standing our ground in North Carolina, and will use every opportunity to protest this law – on the stage, in the streets, and on social media.

Your friends at Moogfest”