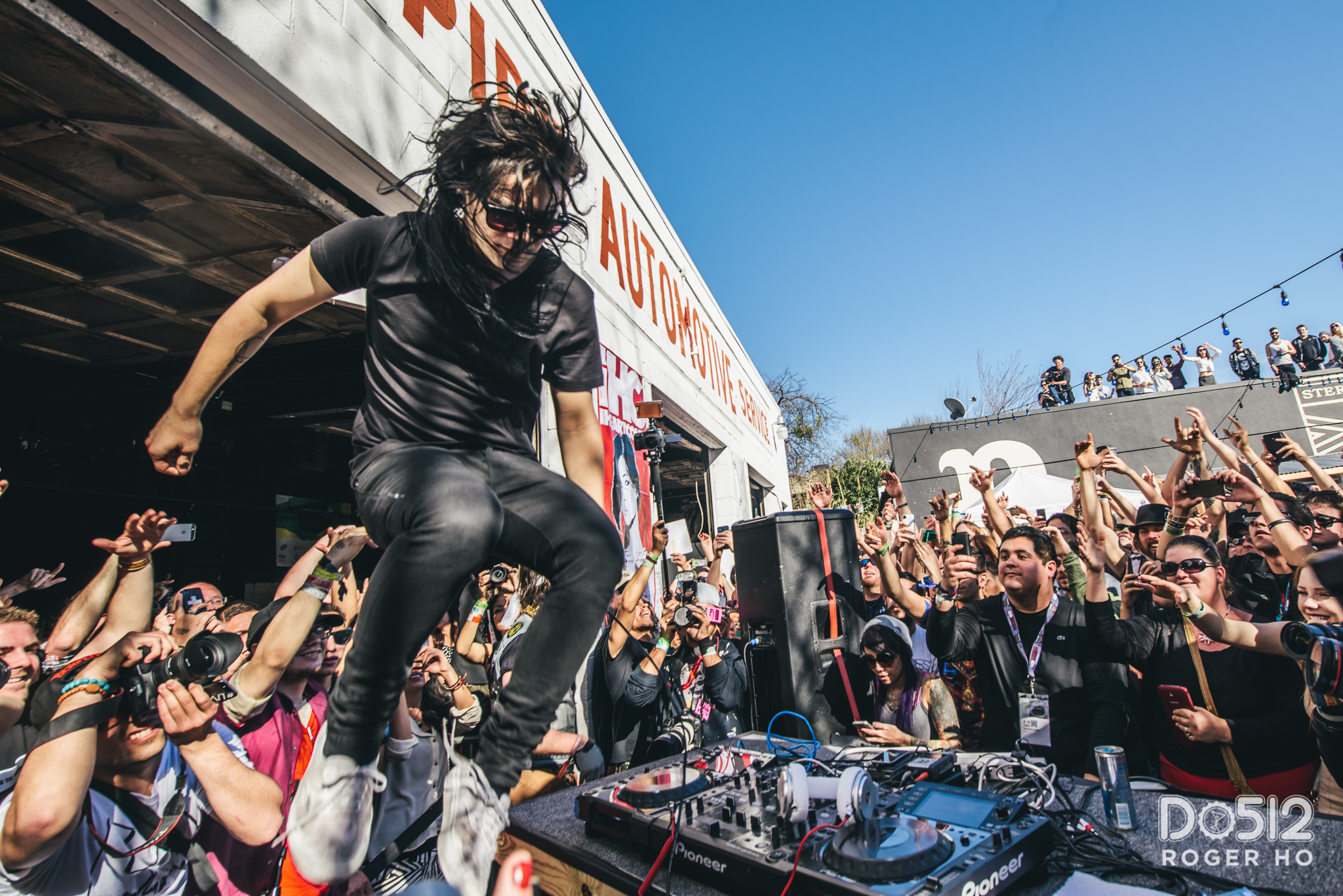 Yesterday, at Atlantic City’s Wav Nightclub, Skrillex threw down an unreleased ID that left fans in an undulating frenzy. Featuring Rick Ross on lyrics, the track is much more than just another bangin’ tune.

It seems that Skrillex is hitting Hollywood once again, this time for one of the year’s most anticipated films.

We can’t say for certain, but with the track’s hook, “Suicide Squad,” and the mention of a “purple Lambo,” this very well could be the theme for Jared Leto’s upcoming Suicide Squad. As of yet, the track is still an ID, but we can already picture this blasting in the background of an action sequence for the feature film.

It’s no secret Skrillex has been delving deeper into the world of hip-hop, as evidenced by his colossal work with The Game on “El Chapo”. Intelligent percussion and classic horn arrangements support Rick Ross’ bars, and it’s not long before the track progresses into Skrilly’s characteristic scintillating leads. Stay tuned for this one, it’s going to be big.

Below is an extended clip of the track, and we’ve also added a video of the purple Lamborghini in question… You decide, is it for the movie?