Earlier this month, Bassnectar was accused of using unauthorized visuals for years in his sets. The artist, Max Hattler, was unaware that Bassnectar and his team were using his property in their live visuals, and made a public comment about the situation.

At the time, Bassnectar issued a response, though little in what anyone would consider an actual apology. He offered exposure rather than compensation, something that visual artists are all too familiar with, and appropriate fed up.

Yesterday, after finally figuring out what happened within his own team, Bassnectar humbly gave an apology to Max for the error, and saying in the comments that they are attempting compensate Max for his work, pending a response. 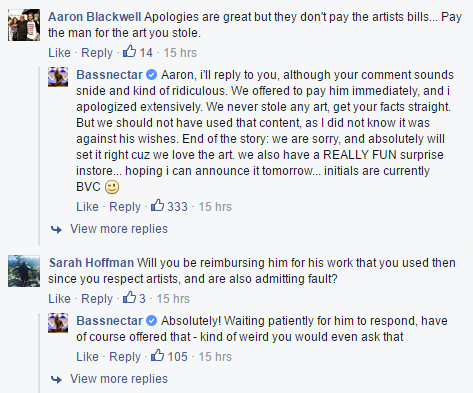 You can read his full apology to Max below.