by Matthew Meadow
in Featured, Interview

Most people freshly getting into electronic music aren’t interested in things past the producer. The music creator is the be-all, end-all of their purview and they wouldn’t have it any other way. However, once you realize that music creation can become something much more than a vehicle for drops and countdowns at music festivals, other careers begin to come into view.

One such career is a music supervisor for television and movies, and such is the career that Matt FX has found himself. At only 24 years old, he is perhaps the youngest person in his career, and definitely one of the most successful. He worked on the original series Skins, as well as the Comedy Central series Broad City. Matt is also the music supervisor for Amy Poehler’s new Hulu series Difficult People.

In addition to music supervision, however, Matt is also a music producer, as well as a bit of a foodie. At the moment, he’s preparing for the release of his debut EP, but in the meantime, we managed to get a hold of him and ask him some questions. Check it out below.

So first off, how did you get into this career?

Ha – at this point this story is somewhat of a legend I feel like. Basically – when I was a senior in high school I had a crush on this girl (now one of my best friends & reoccurring DJ partners) and invited her and her girlfriends over to my house to show the the UK version of the show SKINS. At the time, one of her best friends was someone who in 11th grade had seen RENT on broadway 133 times – she became similarly as obsessed with SKINS and wound up tracking down the creator of the show and becoming his intern when he came to the states to make the US version!

How did you get connected with the team at Skins?

2 years later said girl invited me to be a part of a program in the show’s writing room where they invited teenagers and young adults to read some of the script drafts and tell their own stories from growing up. I just straight up asked about music – could I meet the guy, could I be his intern, could I just send some songs through – and Bryan [Elsley, creator of the show] asked me to make him a mix. The next day he told me to quit my day job!

Your professional palate extends far beyond musical supervision. How did you get into food?

I think I was always into food – my mom says I’ve been ordering by myself off menus since i was 4 years old. That being said, I didn’t start cooking till high school basically taught myself how to cook – somewhat haphazardly, for sure – by raiding my friend’s fridges while stoned in-between episodes of Top Chef!

Have you been able to combine your passions in any unexpected ways?

I’m a big proponent having food as an optional refreshment at parties, and have definitely spent more time prepping, say, tacos, than I have my actual DJ sets. Other than that, not yet, though i’m always looking for ways to bridge and combine my various steezes. (Steezes? Stee-zi? hmmm)

I noticed in this interview with High Snobiety that you’re a fan of the Klaxons! I was listening to the Soulwax remix of “Gravity’s Rainbow” before I ever knew what “EDM” was.

Haha, agreed! Klaxons & Bloc Party remixes definitely paved my way into dance music as well. No crazy anecdotes other than the fact that I recently found out that the woman who runs my PR company actually ran the Klaxon’s debut campaign! Her name is SiouxZ – she’s a total legend. The Prodigy, Daft Punk, Avicii; you name it, she’s worked them! 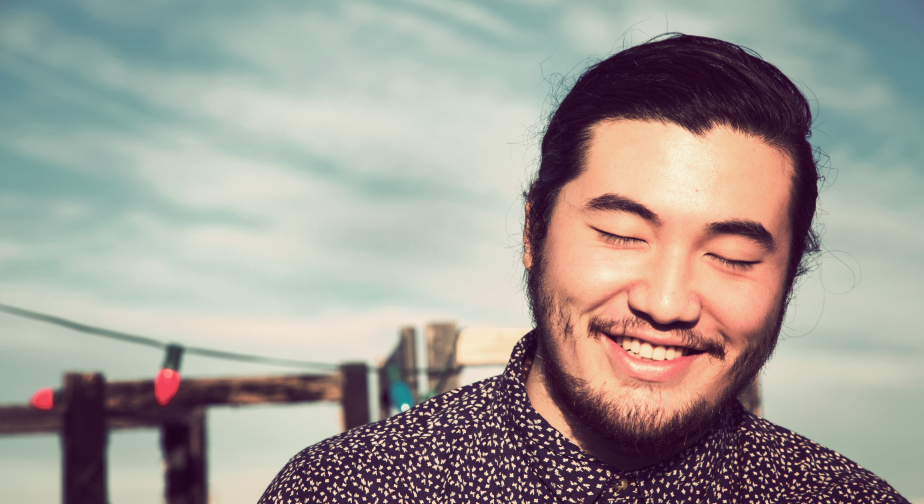 How did you get connected with the team at Broad City?

After SKINS got canceled was when I really immersed myself in DJ culture and started playing out regularly / throwing warehouse parties. Right at the end of a couple years of doing that I was starting to feel super burnt out – it was the summer after the accidental overdoses at Electric Zoo and underground parties in BK were getting shut down left and right.

I was kind of out of ideas as to what I was going to do, but fate had different plans – the assistant editor of Skins called me up one random day to tell me that he was working on a show that was going to air in a few weeks and that it was clear to them that it wasn’t going to workout with their music guy. He asked if I’d be able to come in and play the team some music, and of course I obliged; little did I know this show was about to change my life!

Who are some of your favorite music producers, dance music or otherwise?

Oof! What a tough question!

I think in the straightforward 4×4 dance arena I look up to producers like Doorly & Kink. Will always be a huge fan of my homies Tony Quattro & Doctor Jeep as well; love what they do over at Bunny Tiger Records, big big fan of Wolf & Lamb too! – their golden boy Nick Monaco is gonna a fucking star, mark my words.

In the non 4×4 department I’m a huge fan of Photay, Bruce Smear, Jarreau Vandal, & Howie Lee – all carving their own respective paths, uninhibited and unhinged. Masters at what they do! Big up Thomas from Manicure Records, GRRL, and Lazerdisk in the non-4×4 department as well!

What’s the most fitting piece of music you’ve ever found for a specific scene? The one you found and it just felt right.

Ha – I’ve got a bunch of these, I think. In the ninth episode of the first season [of Broad City] there is a track by a producer named VHVL that is super dope – it plays as Ilana is getting blazed, trying to remember where she left something years ago. The camera woozes back and forth (as does the song) and I remember being very proud of the sync-up!

In the new season I think a great example of a ‘perfect’ fit is the opening of the season – Let ‘Em Say by Lizzo & Caroline Smith!

What kind of music can we expect from your first solo EP? When will it drop?

As of now I’ve got this idea that my first solo [dance] EP should sort of address the ABC’s of where dance music came from. There is an italo disco jam, a big piano house smasher, a dark acid groover, and a sort of experimental almost Four Tet / daphni type jam as well.

Your guess is as good as mine as to when it might drop! Between supervision 3 projects at the moment and executive producing a few different artists in a sort of A&R / co-writer way I def don’t spend enough time on my stuff. That said, I’ve already got 2 additional EPs of my own tunes mapped out beyond the first! Just gotta finish them all…..

Do you have any plans for music supervision beyond Broad City, or is that a pretty cool gig for now?

Definitely want to get into supervising films, as well as commercials. I have access to so much good music that is PERFECT for commercials in a way where they’re not necessarily suited to TV, and I’d love to be able to flex those muscles. That said, Broad City is 10000000000% my main b~