For the past two years, Terravita has played SoCal for my birthday.

Okay, maybe it wasn’t for my birthday. But for the past two years, Chris Barlow and Jon Spero of Terravita have played the Yost Theater in Orange County the same week as my birthday, so I’m just going to count that as a win for me.

I’ve been listening to Terravita basically since my interest in dance music first blossomed. “Lords & Ladies” and “Up In The Club” are timeless anthems to me, and let’s not forget their incredible remix of AK1200’s “Drowning.” But over time, the Terravita sound has shifted and morphed to keep up with the times. That’s not to say that Terravita has lost their identity – nothing of the sort. No, Terravita has always maintained a characteristic coolness with their music that no trends could ever compromise.

But still, that doesn’t mean that they haven’t had to accommodate what’s currently in vogue. Chris mentioned to me that dubstep has gotten a lot faster lately, so it’s difficult to make drumstep and have anyone play it out.

“It’s great for us, because to get to drumstep from either side when mixing, I can get to it,” he said. “But it sucks because if you make a drumstep tune, nobody is gonna play it because they’re all playing BPMs on either fuckin side of it. It’s crazy! It’s like chicken before the egg.” 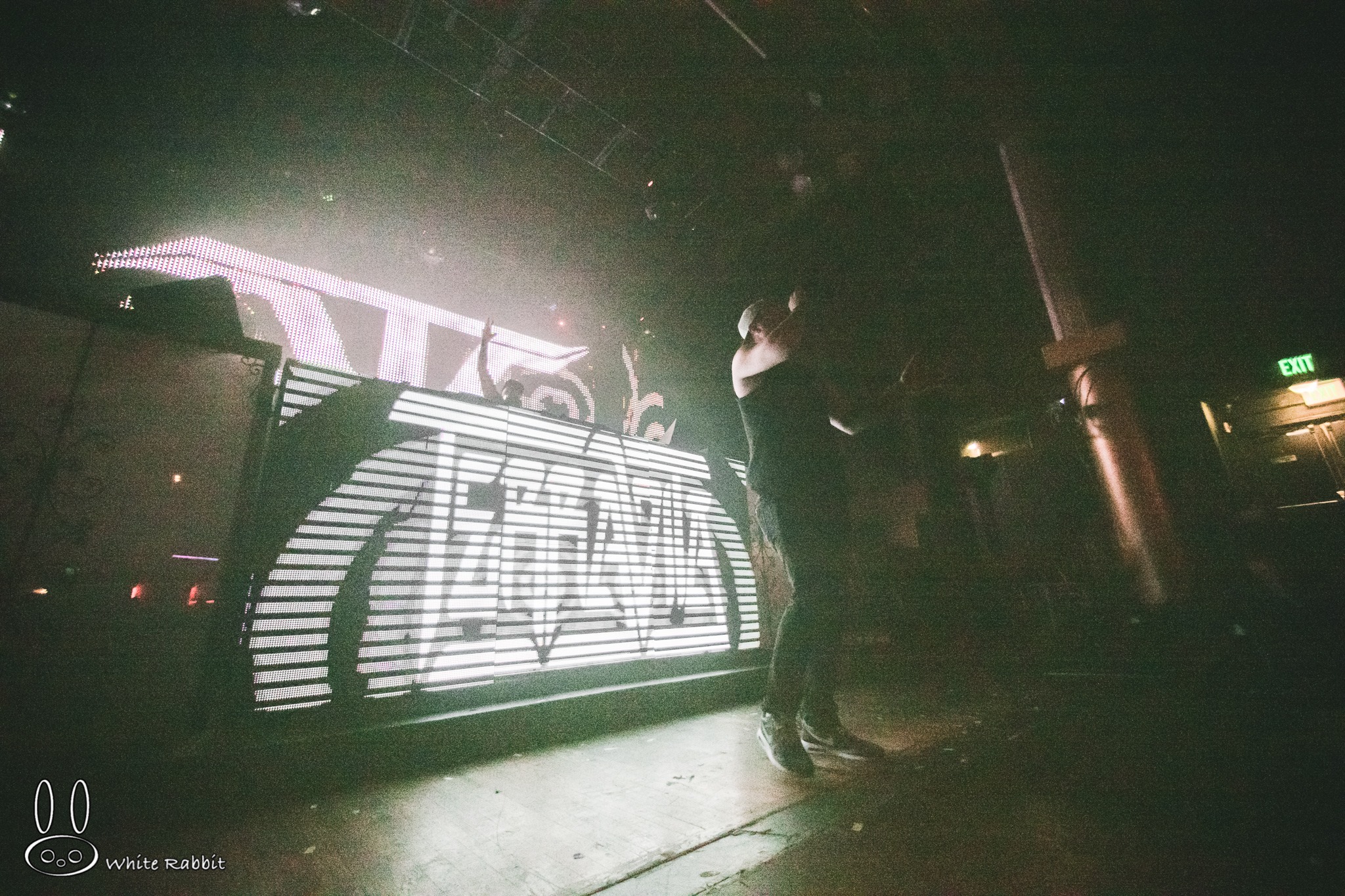 As far as their live performance goes, that definitely seems to be the case. When they played Yost two weeks ago, they threw down an incredible mix of dubstep, trap, drum & bass, drumstep and whatever else they could fit into their 90 minute set. And as a testament to their crowd reading skills, Chris & Jon will often play out experimental tracks (to them, at least) in order to gauge the crowd’s interest in those styles. If the crowd responds favorably, some of those styles might make it onto their next releases. But it doesn’t always go down as smoothly as that.

“I’m over caring about people’s opinions. I’m gonna write the music I wanna write,” said Jon. “And if you don’t like it, cool. If you do, thanks. But music is subjective, and not everyone is going to like it.”

A lot of my interview with Terravita centered around the internet and how people interact with them on Soundcloud and Facebook. Terravita loves their fans, make no mistake. But sometimes, some people can really get under their skin.

“Fuck us for progressing, right? [mockingly] ‘Oh man, your old stuff all sounds the same now.’ Does new stuff. ‘I hate your new stuff, your old stuff was way better.’ Thanks internet, you guys fuckin rule. I don’t look at the internet anymore, I don’t read Soundcloud comments… Chris will just hit me up one a week and be like, ‘…. they’re mostly good.'”

Terravita was at the forefront of the drumstep movement in 2010-2012 before it largely died out in favor of other emerging bass styles like trap. Now, they just want to experiment with new styles and push their boundaries a little bit. That’s part of why their most recent EP was out on Buygore rather than Firepower, with whom they’ve released almost exclusively for the past two years.

“I think part of what made Terravita pop in the first place was the whole drumstep thing and it was pushing the limits of doing something different,” said Chris. “And we hadn’t felt like we had done anything that was that different or that new in a while. So we tried to do something now that was different and new again, also with more rapping. Because we have a rapper.” 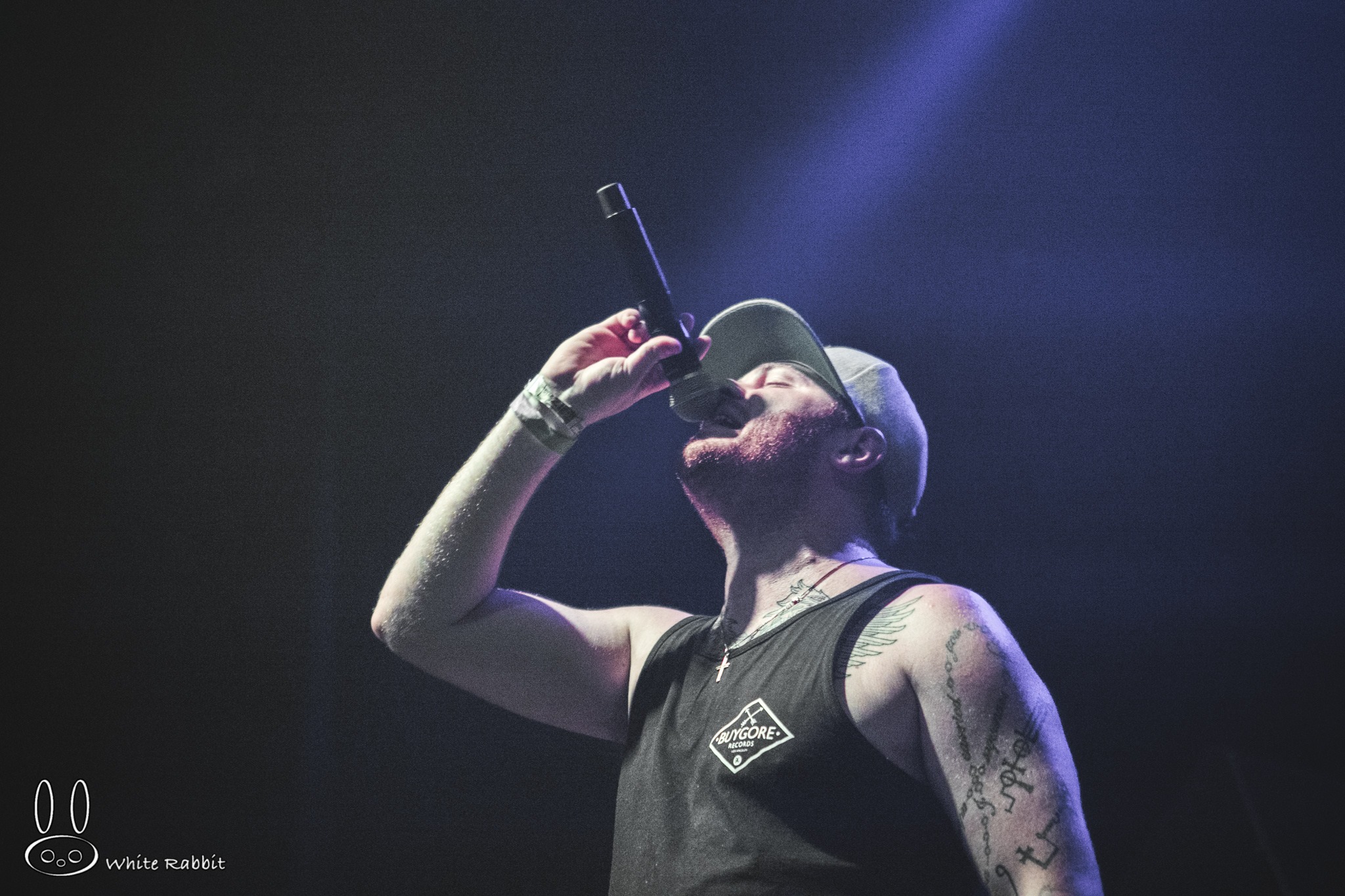 Jon perked his ears up at this point. He regularly takes the position of MC at their shows, hopping in front of the decks and spitting rhymes and hyping the crowd up. Though he says that even on their debut album, Rituals, he wasn’t really allowed to flex his creativity as much as he would have liked.

“We were still kind of stuffed in a box.”

Bass music and rap have long had a symbiotic relationship, but it’s still pretty foreign to US crowds. Meanwhile in the UK, you have genres like grime and groups like Foreign Beggars and Virus Syndicate that use beats as a vehicle for their lyrics, as opposed to the opposite.

“It was like a dubstep tune with rapping on it,” said Chris. “Not like a song that was made for rap.”

But now, Terravita is going back into the studio and preparing for their next big release – another full-length, due out sometime early next year. Don’t worry though, you’ll be hearing a lot of the tracks between now and whenever that officially drops.

If you’d like to read the full transcript from the interview (which is honestly hilarious), you can check that out here.

All photos by Nate Vogel Photography