Deadmau5 has been on an absolute roll today on Twitter, to the point that it’s more entertaining than the current season of Game Of Thrones. (Yeah, we said it.) We’ll probably get to all of it in the next day or two, but first we want to highlight the hilarious practice of turning artists’ names into clever acronyms.

And it all started with EDC…

And from there, it just kind of snowballed.

i am the acronym master. 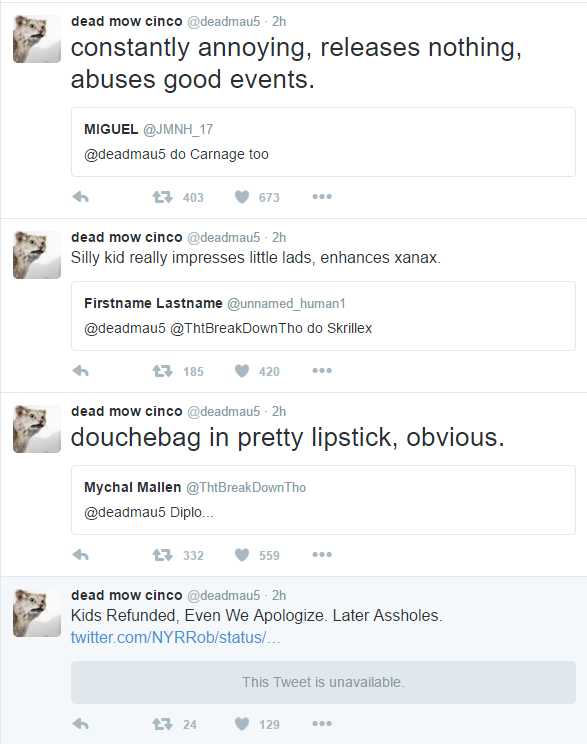 whoa that was gnarly.

And then kept right on going! 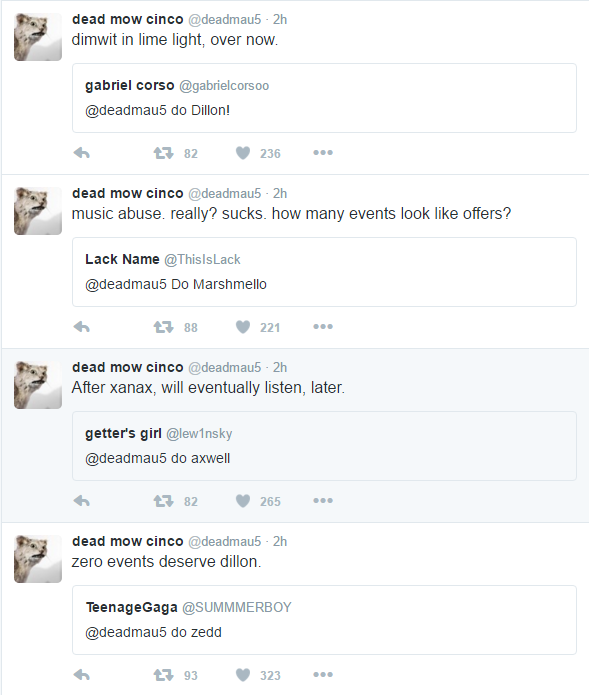 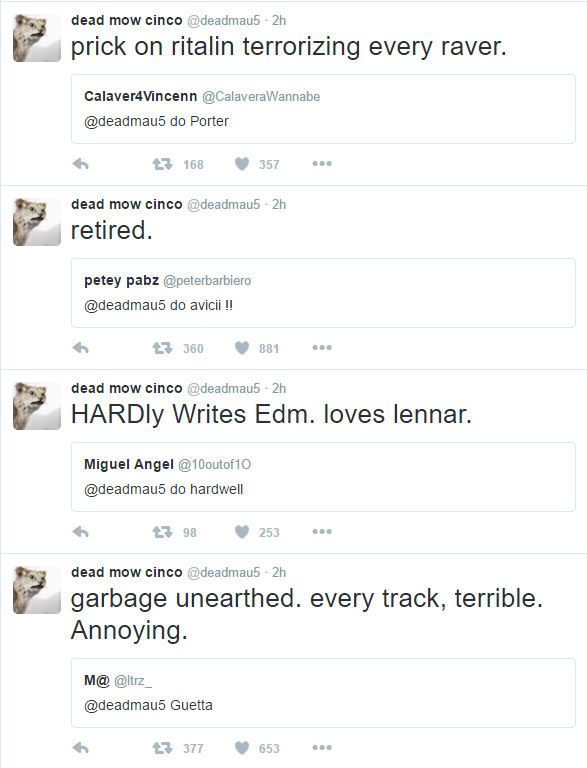 His friend Steve Duda got into the mix, though honestly a little less harsh than the rest of the bunch. 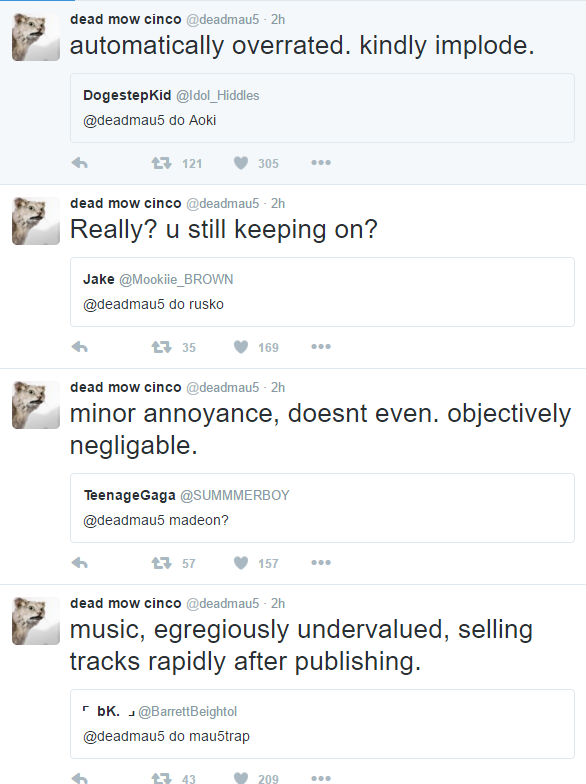 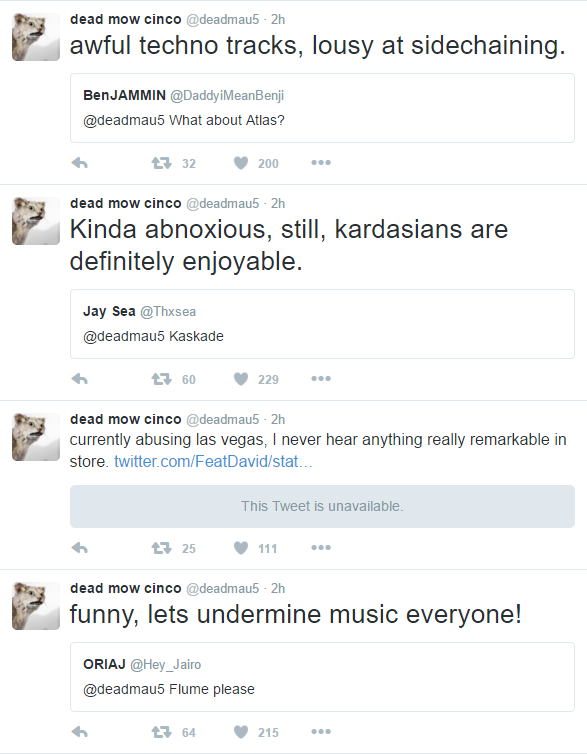 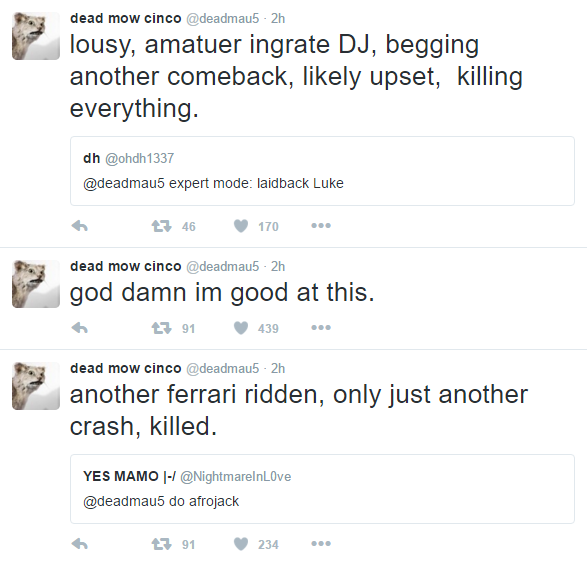 Finally, someone gave him a hard one…

Even then, it wasn’t a challenge. 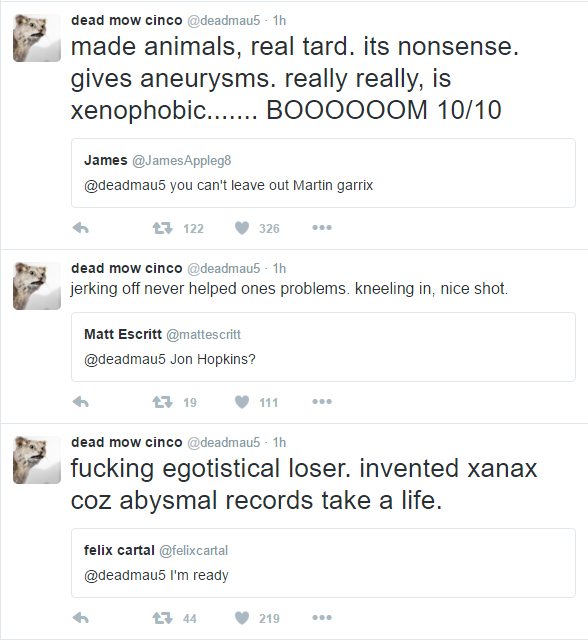 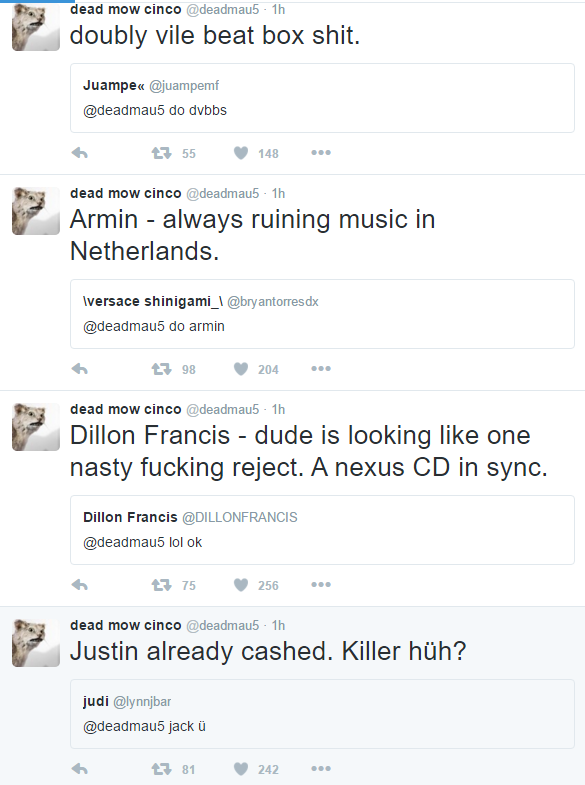 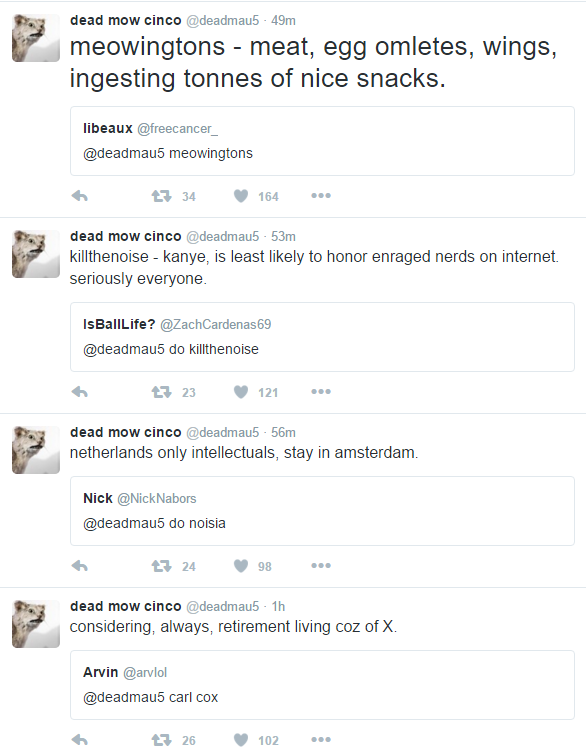 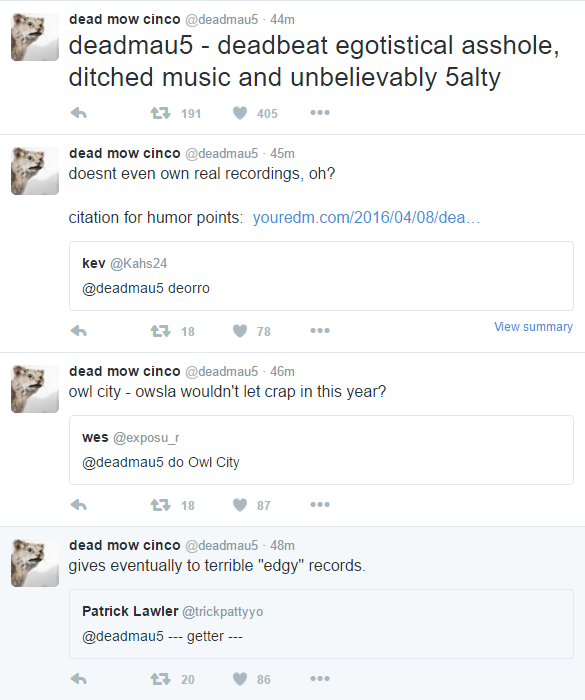 likely. i thought it was funny. no harm intended. just some fun negative acronym madness 😀 https://t.co/3AbngZsulv

If you’ve gotten this far, congratulations. You’re a glutton for this stuff, just like us.