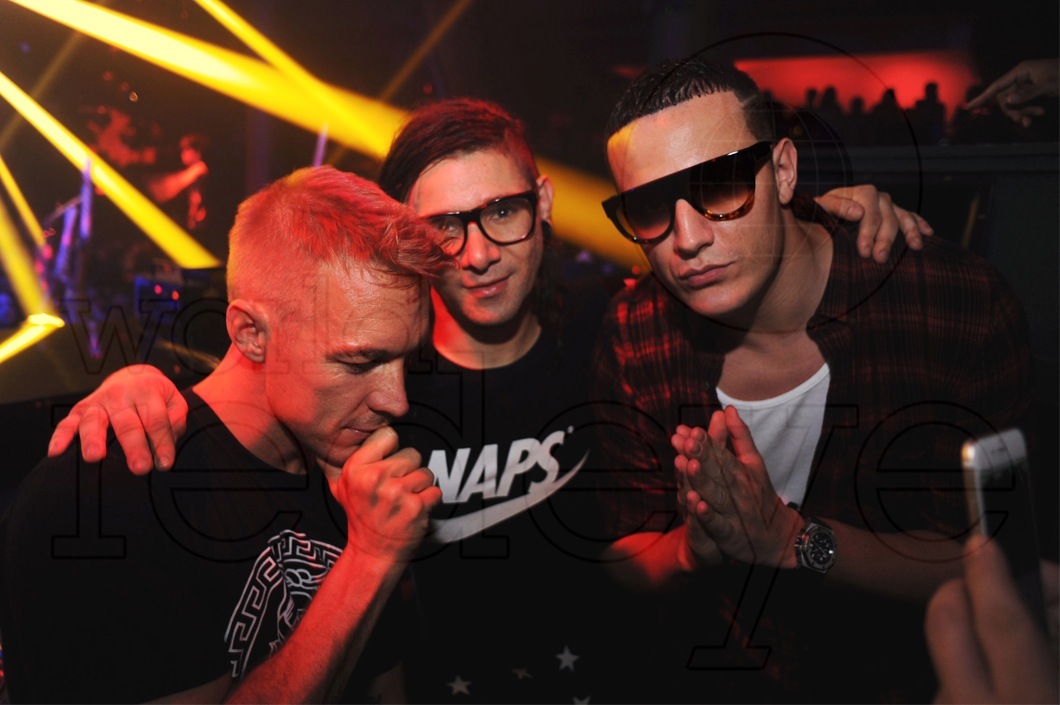 Earlier today, producers Diplo and DJ Snake took to Twitter in an outrage to call out David Guetta for his newest track “This One’s For You,” made specifically for the UEFA Euro 2016. During their one-sided assault, the two claim that the track is “horrible” and a “fake ‘Lean On,'” borrowing too heavily from the internationally popular 2015 hit.

When lining up the two tracks side by side, however, the weakness of their claims becomes evident. The only viable aspect of their argument, I’ll admit, comes from the songs’ introductions. Despite their different tempos, they each start out with a plucky, pulsating synth arranged in the same pattern. After the first few bars, MØ’s vocals take over the focus of “Lean On” while “This One’s For You” quickly climbs into a short build.

The next potential similarity comes when you compare the high pitched vocal chops used to define the catchiest section of each of the tracks. Even though the general idea behind their use is the same, the tempo, arrangement, melody and timbre are nothing alike. This production tool has been used countless times by artists before Major Lazer or Guetta. To say that Guetta is stealing the idea directly from Diplo would be to ignore hundreds of other songs that employed the tactic long before 2015. I sincerely don’t believe that the fame and recognizability of MØ’s chopped syllables are enough to imply that anyone else using pitched up, chipmunk vocals is a thief. The rest of “This One’s For You” even sees an abandonment of the vocals all together, as it evolves back into a standard, Guetta house melody.

Finally, as far as mixing and basic song structure go, the two tracks couldn’t be further apart. Guetta’s tune is consistently shrouded in white noise and reverb while Diplo and DJ Snake’s is incredibly tight and crisp. “Lean On” is also, undoubtedly, a vocal-centered song, with MØ’s iconic verse resting as the centerpiece of the entire project. “This One’s For You” has no sing-along elements whatsoever, and instead relies on a pumping and easily approachable house loop to draw interest.

My own opinion on the situation seems to be an unpopular one, however, as our recent Twitter poll shows. To some, it appears that the few similar areas were too overwhelming to ignore. Be sure to let us know what you think below:

Is @DavidGuetta's new track really a "fake Lean On" from @Diplo & @DJSnake?

All I know is, if I were at a festival and heard David Guetta’s track for the first time, there’d be no chance that my thoughts would ever venture towards “Lean On.”

Regardless, we suggest you take another listen to the two tracks below and decide for yourself.