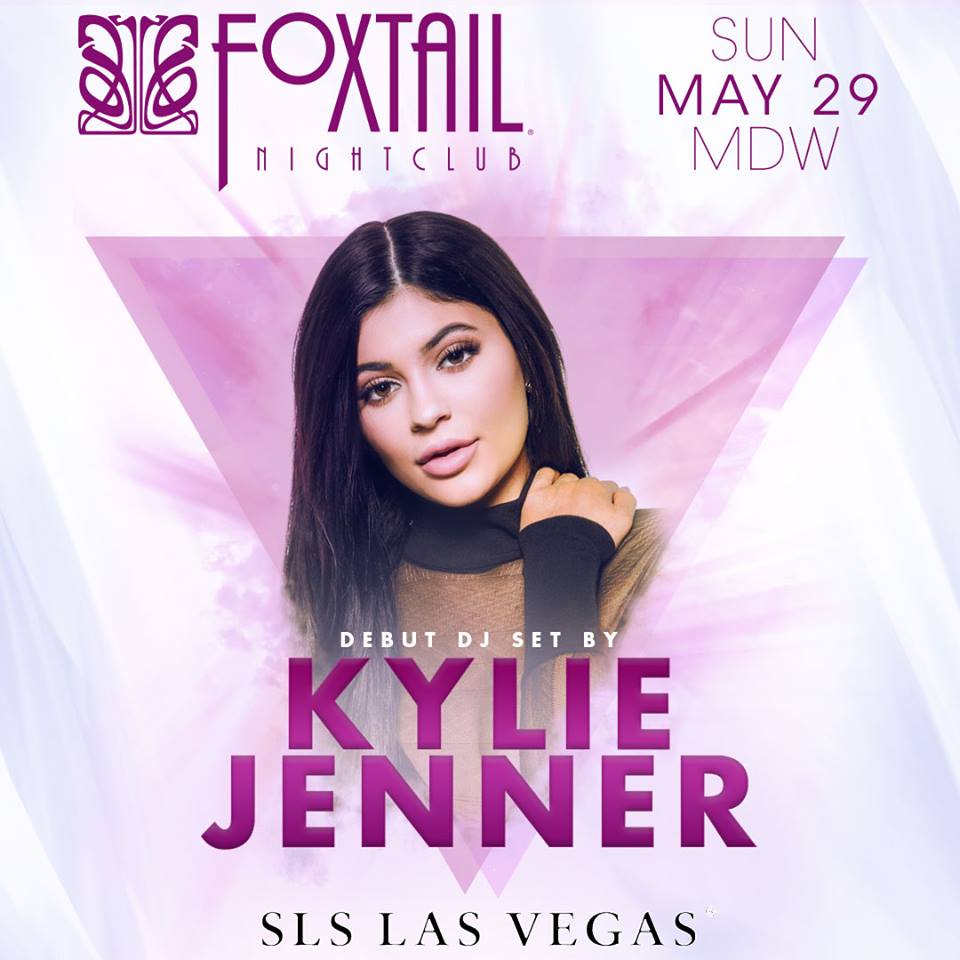 As you might expect, the announcement sent dance music fans into a tailspin, lobbing accusations of the end of EDM, the end of artistry as we know it, and just general disapproval.

phew, thank fuck for that! ALMOST BOUGHT A TICKET AN EVERYTHING. https://t.co/Im9BEmbzqD

However, we’re getting conflicting reports and interesting theories about why she might say that it isn’t true.

Firstly, Kylie is not 21, so the only way she could legally be allowed to perform at Foxtail is as a performer. As a “host,” she would be underage.

A representative close to the situation says that by booking her as a DJ, they can bypass regulations set by Alcohol Beverage Control. The announcement was made preemptively with approval from the SLS Las Vegas legal department, and Kylie was likely caught off guard.

The original tweet promoting the event has since been removed.