by Peter Rubinstein
in Featured, For the lulz, Just For Fun

In anticipation of EDC Las Vegas‘s full lineup announcement this evening, Deadmau5 took to Twitter to expel any expectations of him showing up.

After denying that he’ll be playing the festival, following several online rumors as to the contrary, festival founder Pasquale Rotella himself decided to chime in. 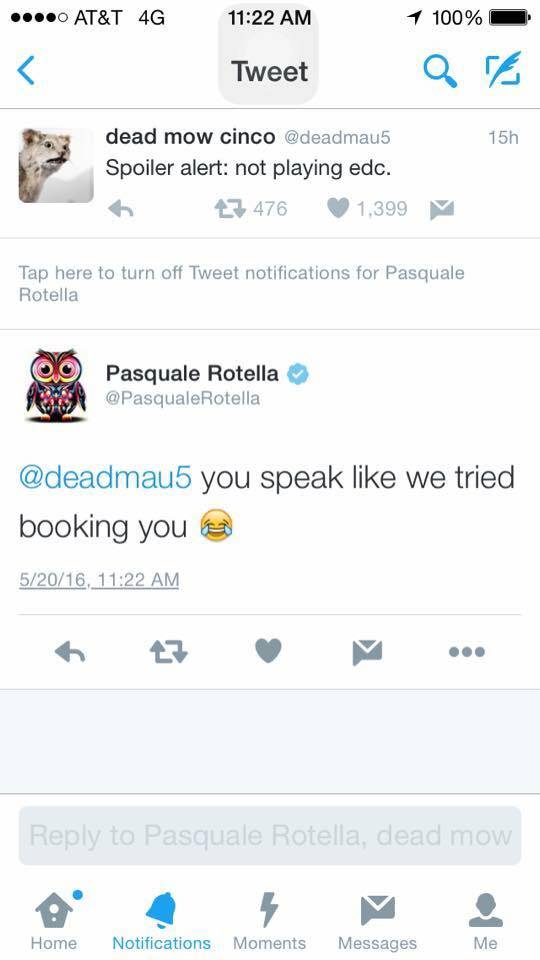 The Internet quickly began grabbing their popcorn and watching the spat, which ended up lasting for only a few back and forth replies. 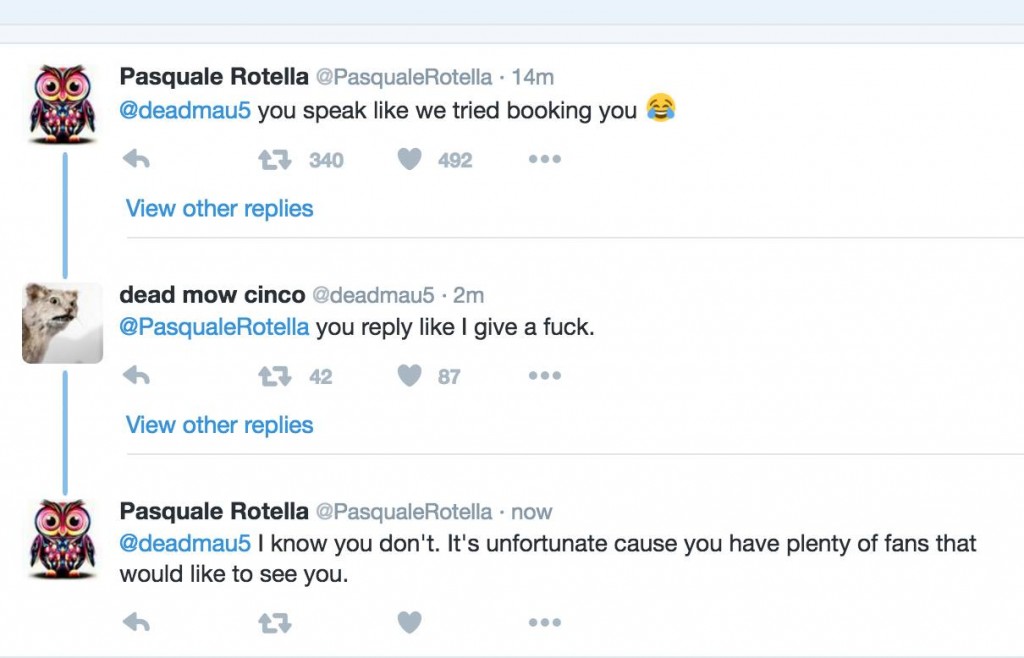 Yeah I know. I'll figure it out on my own terms as I usually do. Best of luck with the fest. https://t.co/W1k2cXF02w

Then, with the grace and poise of a true veteran of EDM beef, Deadmau5 ducked back into work mode.