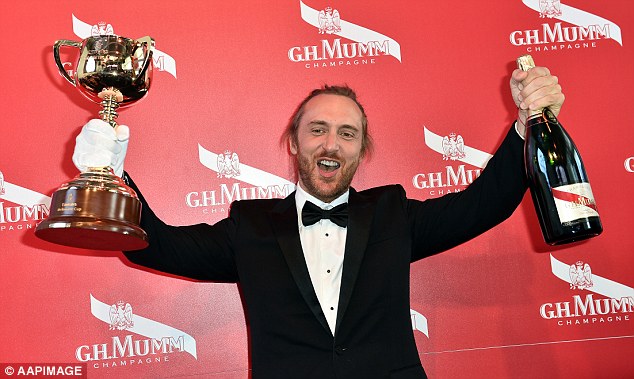 David Guetta Gets Dangerously Close To Gesaffelstein In New Collaboration

David Guetta has only just gotten past accusations of thievery for his track “This One’s For You,” for which DJ Snake & Diplo called him out. They accused him of essentially copying their collaboration “Lean On.” Personally, we didn’t really see what all the commotion was about.

Unfortunately, Guetta is in hot water once again for his new collaboration with Showtek and Beardyman, “The Death Of EDM.” (Why a man who is basically the face of EDM would create a track title decrying it is a mystery, but the track is at least a quality production in technical terms.) Listening to the track, it’s pretty apparent that the style is foreign to both Guetta’s and Showtek’s usual styles, and Dancing Astronaut apparently unraveled that mystery pretty quick.

Listening to “The Death Of EDM,” it’s eerily similar to Gesaffelstein’s “Pursuit,” from his album Aleph. Gesaffelstein’s style of dark techno is pretty readily recognizable, and Guetta & Showtek haven’t gone to very far lengths to mask the Prince of Techno’s influence on their new track.

Now, while the sound is almost a direct copy of Gesaffelstein, if you think about this critically, a pretty easy explanation comes to mind. Here’s what we think happened….

Guetta & Showtek aren’t known for this kind of dark, brooding techno sound. When they chose to collaborate, they wanted to try out something new and since they both have an appreciation for Gesaffelstein (we assume), they chose to emulate his sound in their new track. Unfortunately, that emulation quickly turned to impersonation, whether intentional or not.

Of course, the above is completely speculative, and only serves as a possible explanation for the intense similarities between the two tracks. Either way, it seems that Guetta really needs to produce something original and to his own style soon, or he’ll just keep being fed to the dogs.