Lightning In A Bottle, An Escape From Reality [Festival Review]

Further contributions given by Theo Newhall

“Whatever you have in a city, we have here.” – Do Lab Founder

The long Memorial Day weekend serves as a popular time to host some of the best festivals all over the country, one of which is a personal favorite of mine: Lightning In A Bottle.

For over ten years the Do Lab has successfully presented a mini LIB civilization located out in the deserts of California. Although the population of the annual city is now trickling above 20,000 attendees, the community of this festival remains curiously strong, somewhat resembling the intimacy of Burning Man.

With an acute emphasis on the importance of open expression and acceptance, LIB lives up to its title as not just a music and arts festival but also a “transformational” festival. Free of most conventional societal expectations and judgments, Lightning In A Bottle celebrates individuality to the fullest. Each immersive and interactive art environment acted as aids to further explore and embody your creative side.

And boy, oh boy was there an astronomical amount of artistic experiences you could immerse yourself in! 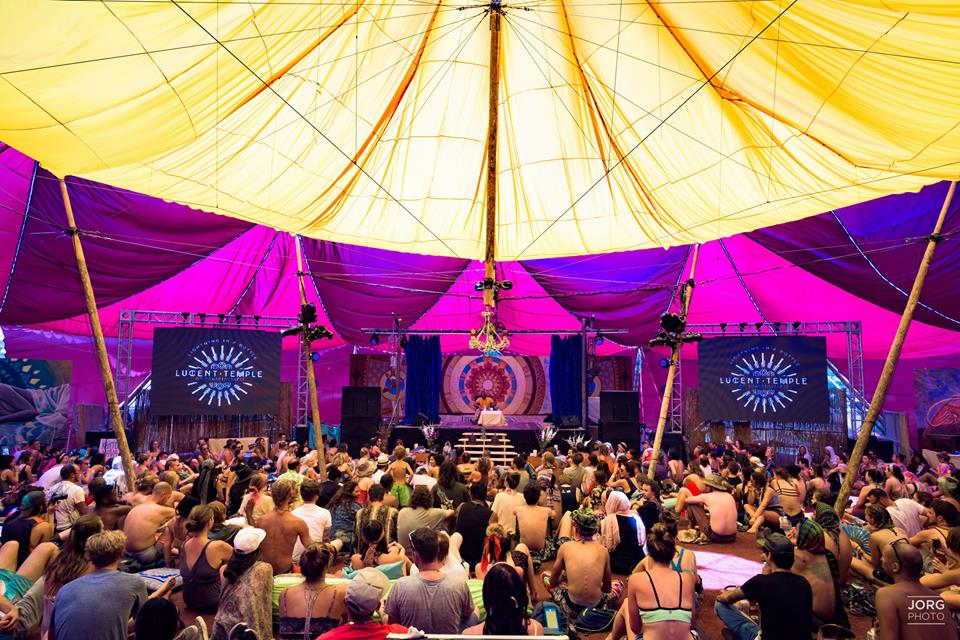 Seemingly the biggest mini city ever created, there simply was not enough time to delve into each and every aspect of the festival. Between the absolutely stacked lineup, learning workshops, casinos, yoga classes, art tents, crafting zones and pretty much whatever else you can think of, anyone could find their home away from home in utopia.

Luckily, we had a Your EDM team to divide and concur the entirety of Lightning In a Bottle. Although not an easy feat, we managed to compile a list of our favorite experiences, in no particular order, of LIB.

Noted as one of EDM’s most talented producers, my expectations for Jamie XX were undoubtedly soaring as I walked up to the Lightning Stage. This young artist presented a set riddled with emotion while maintaining an irresistibly danceable overtone. His calm yet profound presence on the main stage managed to swoop everyone off their feet. Even though it was absolutely packed, people were refreshingly respectful of personal space so you could thrash your body around with ease. Jamie XX’s solo set was so outstanding that I wasn’t even disappointed when I discovered that the rumors of a guest appearance weren’t true.

Every time we see these guys throw down, whether separately or b2b, they always blow us away. This time, however, was one for the books. Having seen G Jones at last year’s LIB, I knew we were in for a wild time. But the pure madness that took place at the Thunder stage on Saturday night was something that I will truly never forget. For an hour and a half these two worked the crowd into one giant raging party amoeba with some of the most ridiculously thugged out alien cyber-bass frequencies I’ve heard all summer. This was a display of west coast bass music at its finest.

I dare say that TPA was the funkiest set at Lightning. Alongside his amazing playlist full of R&B, funk, and old-school hip-hop undertones, his contagious energy carried the entire audience to a groovy bliss. His presence on stage was absolutely captivating, emulating nothing short of an inflatable tube-man with those dance moves. His non-verbal communication with the crowd was incomparable. His obvious dedication, and enjoyment towards his fans and music, united us all.

Grimes marked the most pleasant surprise of LIB for me. I’ve passed by a Grimes set multiple times in my festival travels but never really paid attention to what was happening on stage. This time she drew me in; hook line and sinker. And I’m so glad she did. This girl has got some serious energy within her, roaring with that incredible voice. Although her albums aren’t something I’d necessarily find myself listening to on a daily basis, I will definitely be going out of my way to see her live again. I can’t recommend her live performance highly enough for Electronica fans around the globe.

One of my favorite immersive environments in the city of Lightning In A Bottle was a mini western-styled town called “Frontierville.” There, trading posts, saloons, and stores surrounded the Grand Artique. The stage played host to some of the best integrations of live instruments and EDM I’ve yet to see. It wasn’t uncommon to see an entire band seamlessly looped and contorted by electronics. I honestly hope one day Frontierville morphs into a festival of their own so I can experience an entire weekend of this environment; and since this town begun as a mere booth only a few years back, we might be in luck. 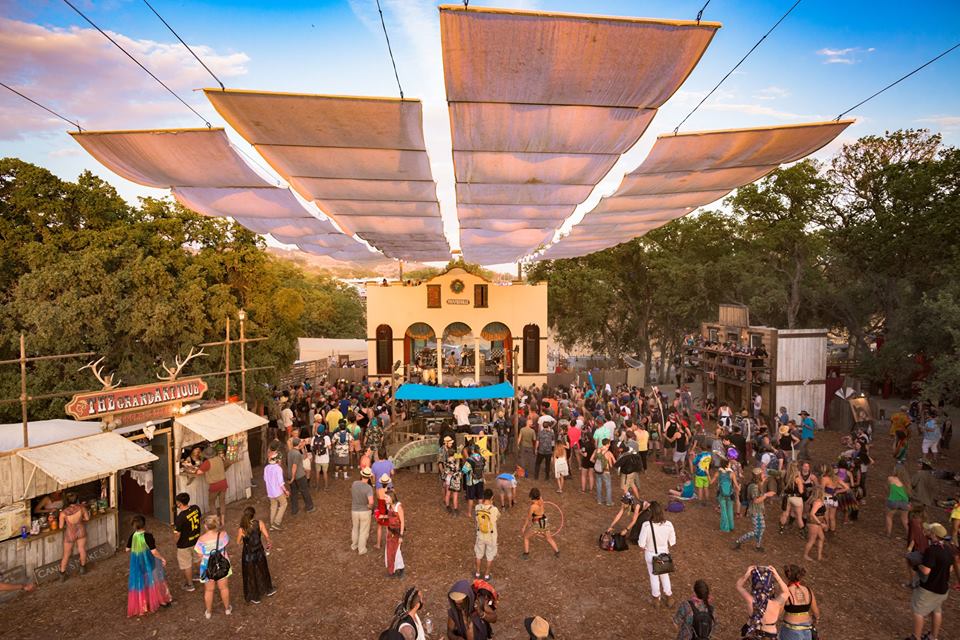 This performance was pure magic. I’ve been a fan of Haywyre for about two years now and yet, this was the first time I got to see him live. Needless to say, my expectations were high; and still, this young bass music prodigy left my jaw on the floor. Haywyre’s music is truly one of a kind. His mind blowing piano skills, alongside his brilliantly magical production prowess has given birth to some of my favorite albums to date. Seeing these songs performed live was a transcendently wonderful experience that had the whole crowd in hyperspace as he lit up the night with his sounds. In short, this kid absolutely crushed it Saturday night, leaving everyone in the packed Thunder Stage with giant grins plastered on their faces screaming for more.

Sweet baby Jesus this performance. This wasn’t just Carmack on stage, he had an MC and members of the legendary team Supreme Squad up alongside many other champions of the underground industry. The tunes they laid down were simply bananas. It was a display of the fiercest, most cutting edge, nuanced and hard-hitting trap music this side of the galaxy, mixed and double dropped with an expertise that left all of our heads spinning. The insanity was indescribable. This performance was one of the biggest, most insanely fun ragers of a set we’ve ever been a part of. Well done, gentlemen, well done.

Those of you who attend both Coachella and LIB should be well versed in the bass filled magic that is the Thunder Stage. This multicolored horseshoe like stage changes in appearance and sound every year, but it consistently hosts some of the best bass-fueled party music around. This was true at Coachella, and especially true at LIB where this year they hosted Mr. Carmack, Ekali, Mija, Haywyre, Pantyraid, Cashmere Cat, Bleep Bloop and many more of our favorite bass artists. Naturally this is the stage every bass-head found themselves glued to every night as it pulsed and sparkled with lights and lasers and bass music. 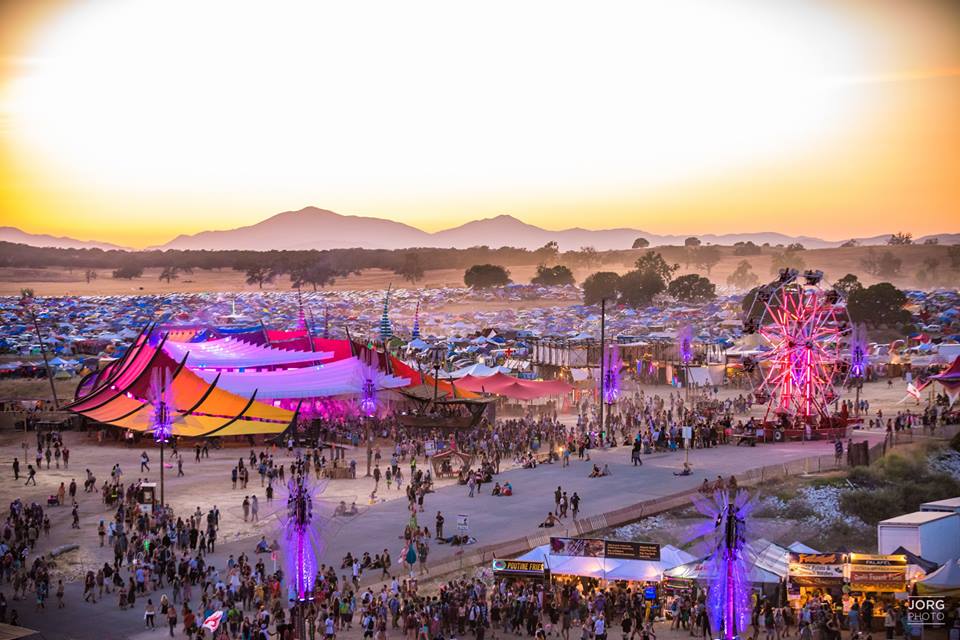 It’s festivals like these that renew our sense of self and restore some faith in humanity. United only by their love of art, people share, connect and rediscover a part of themselves that might have been muted by the stress of everyday life. This is why transformational festivals are so important, and it’s also why Lighting in a Bottle has been our favorite for such a very long time. We here at Your EDM have so much appreciation towards the DoLab for knocking it out of the park, yet again.

Check out the festival after-movie to get a better glimpse into the world of LIB: