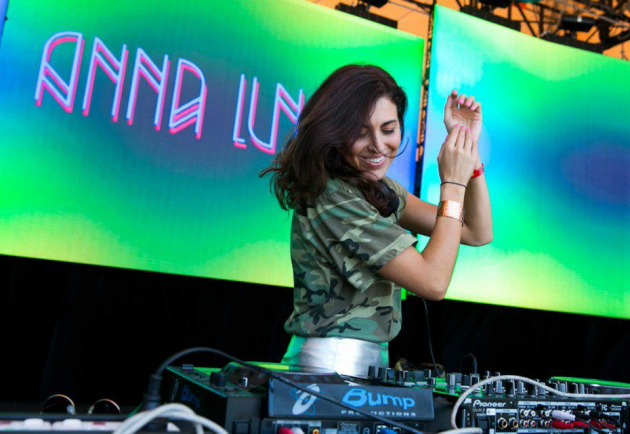 We love Anna Lunoe, and couldn’t be more excited for her right now. Last night’s performance at EDC Las Vegas’ kineticFIELD earned her the right of being the first solo female DJ to perform a set at the festival’s main stage. (The first and most recent females to be booked for the main stage were Krewella in 2014, when Rain Man was still a part of the group.)

Anna Lunoe’s set was absolutely mental, straying from her typical sound and adapting to a more aggressive twinge of bass house to suit the main stage EDC audience. Just check out this clip of Lunoe playing out her own “Bass Drum Dealer” from the live stream.

And the Australian singer/producer is under no illusions of what she’s just accomplished. Having put in years of work to get to this point, Anna Lunoe deserves every bit of the honor.

Tonight will see the second solo female DJ perform on the main stage, as another Aussie, Alison Wonderland, prepares to leave the crowd in shambles.