One of the most common and repetitive criticisms against EDC is how mainstream it is, and to a degree, people are correct. It definitely isn’t an underground-techno-brought-into-the-mainstream festival like Movement Detroit; and it certainly isn’t a transformative festival like Lightning In A Bottle or Serenity Gathering. EDC fits in more with the major festivals like Creamfields, Ultra and Coachella than anything else, however its neonGARDEN stage is still nothing to laugh at when it comes to techno and house.

However, one of the things that it’s rarely criticized for is its stage design, the massive structures that become the focal point for each of EDC’s eight stages over the weekend. Unfortunately, someone didn’t get the memo and decided to call out the main stage design this year. We’ll give you 3 guesses… 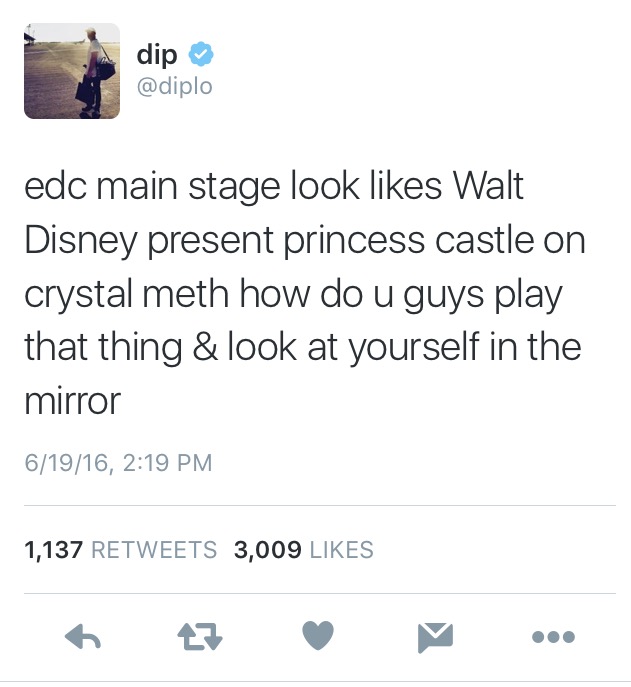 Diplo really just can’t leave well enough alone, maybe it’s because he hasn’t ever been booked for the EDC Las Vegas main stage, who knows for sure? But Pasquale Rotella wasn’t about to let him bad mouth his festival without a comeback of almost earth-shattering proportions. 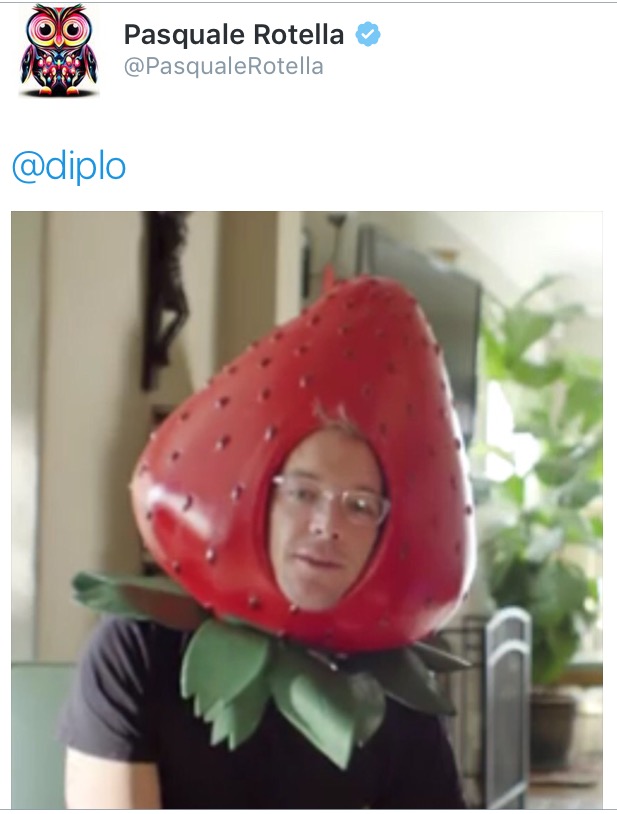 Good luck coming back from that, Wes.

This isn’t the first time that Rotella has hit back at a producer on Twitter, either. Last month, he and deadmau5 got into a sparring match on the platform over EDC, as well.