Fresh off a massively successful Electric Daisy Carnival Las Vegas, Insomniac is wasting no time in planning their next great event. Last night, as fans attended EDC Las Vegas, flyers started making it around the festival grounds that revealed the lineup to this year’s Nocturnal Wonderland before any official release.

Although we expect a formal announcement later this week, attendees at EDC Las Vegas got the first look at what is sure to be an event for the history books.

Artists such as Alison Wonderland, Spor, Gramatik, Rusko and more will be headlining Nocturnal Wonderland during Labor Day Weekend later this year. With a stacked lineup, Nocturnal has music for everyone’s taste.

Check out the lineup below before the official announcement: 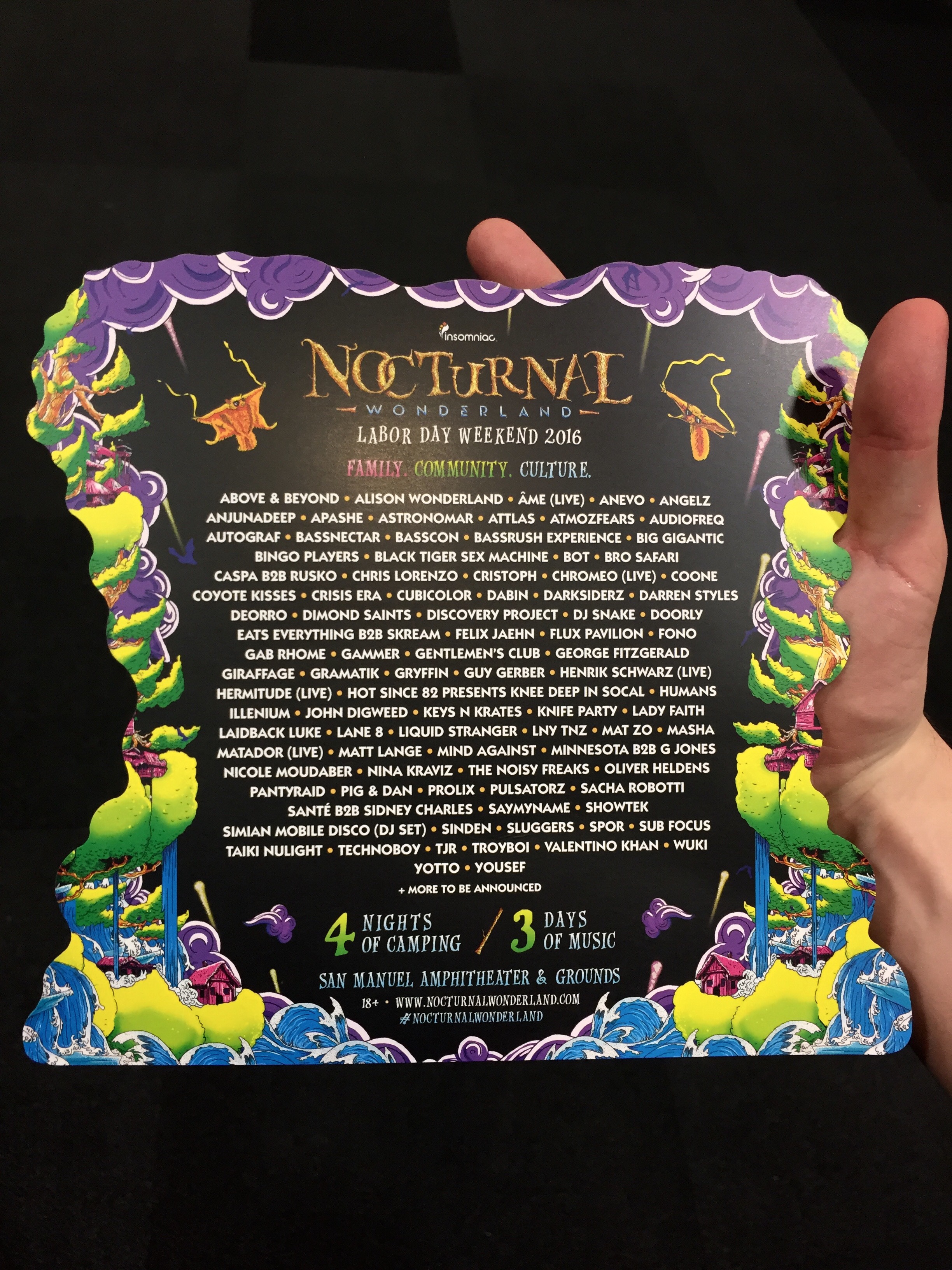