Dillon Francis Responds After Fan Accuses Him Of Selling Out

by Jeffrey Yau
in EDM News, Featured, Worth Sharing

Here’s a pretty good rule of thumb for EDM fans to remember: if you trash talk a DJ over social media, there’s a fairly good chance he might just respond and unleash hell on you.

Dillon Francis “fan” Danny Dawson learned this the hard way when he called out Dillon Francis for his “shit music” and blasted the DJ after Dillon Francis had shared a photo of himself with the hosts of Ridiculousness, a reality TV show that he’s slated to appear on next season.

Dillon Francis managed to break character for just long enough to give Danny a piece of his mind about his own musical direction and personal growth as an artist. As the man himself will tell you, he “never betrayed [his] personal integrity,” but attributes his new sound to artistic growth. And let’s face it, musicians are creators at the end of the day. If they’re no longer able to push themselves creatively, then they might as well stop making music. 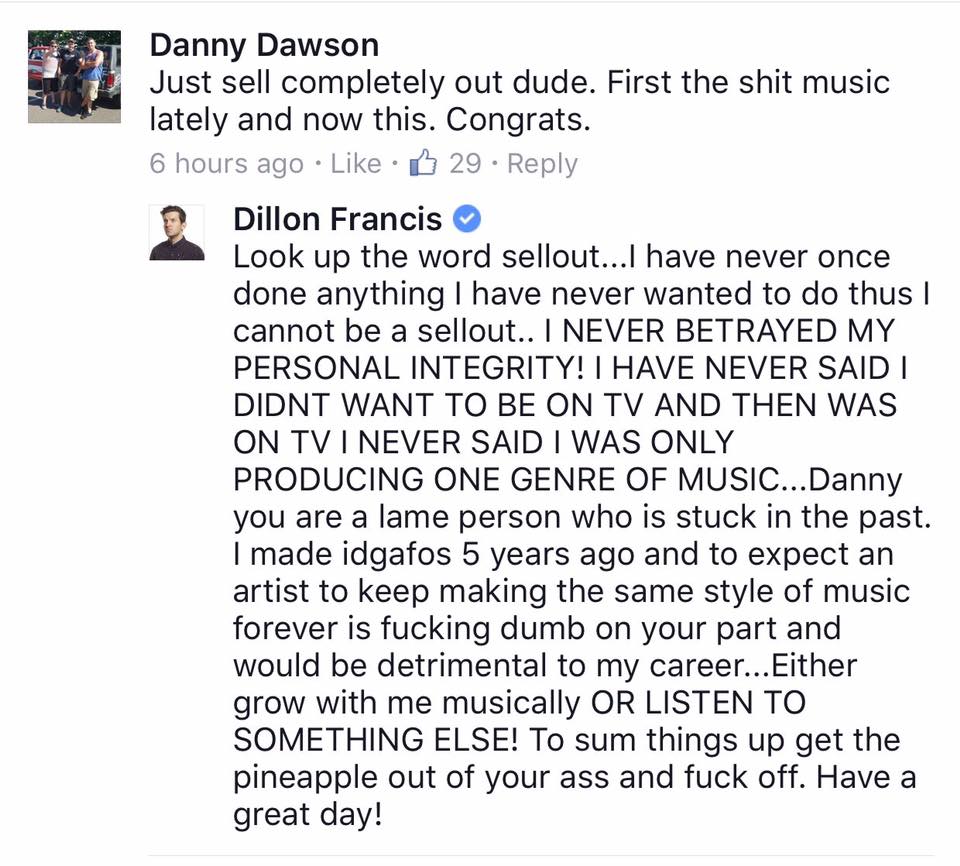