A year and a few months removed from its release, the collaborative Skrillex and Diplo album Skrillex and Diplo Present Jack Ü continues to find success. The album produced chart-blazing singles “Take Ü There” with Kiesza and “Where Are Ü Now” with Justin Bieber, and has lead the duo to play huge festivals like Coachella, the South American Lollapalooza spin-offs in Brazil and Chile and HARD Summer.

This week, news got out that the Jack Ü album sold over 500,000 copies, leading the RIAA to certify the album as a gold album. Not many electronic music albums have earned the gold certification, and it stands as a huge achievement in an era where streaming music makes it more difficult for artists to build up to gold and platinum certification. Given that “Where Are Ü Now” earned a triple platinum certification and “Take Ü There” did well on the UK Dance charts, it’s no surprise the duo’s debut album went on to sell as many copies as it did.

Check out the gold certification artwork for the Jack Ü album below: 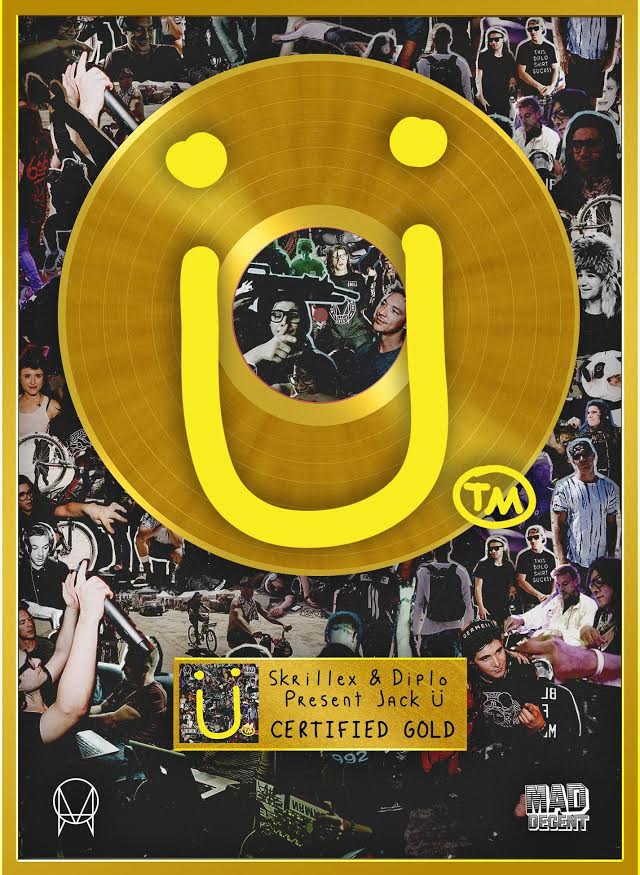 Dillon Francis Responds After Fan Accuses Him Of Selling Out