A couple was kicked out of a venue after having sex during a live show hosted by What So Not and A-trak, according to tweets sent out by the artists earlier this week.

The two artists have had quite a busy tour schedule as of late, both having dedicated significant time to performing in Australia, What So Not’s home, during the past week. The couple in question appears to have neglected to conceal their lewd activities, as several Twitter users chimed in on the incident.

What So Not was unfazed by the situation, it seems, as he posted photos of other commenters making jokes about it.

Check out the tweets below. 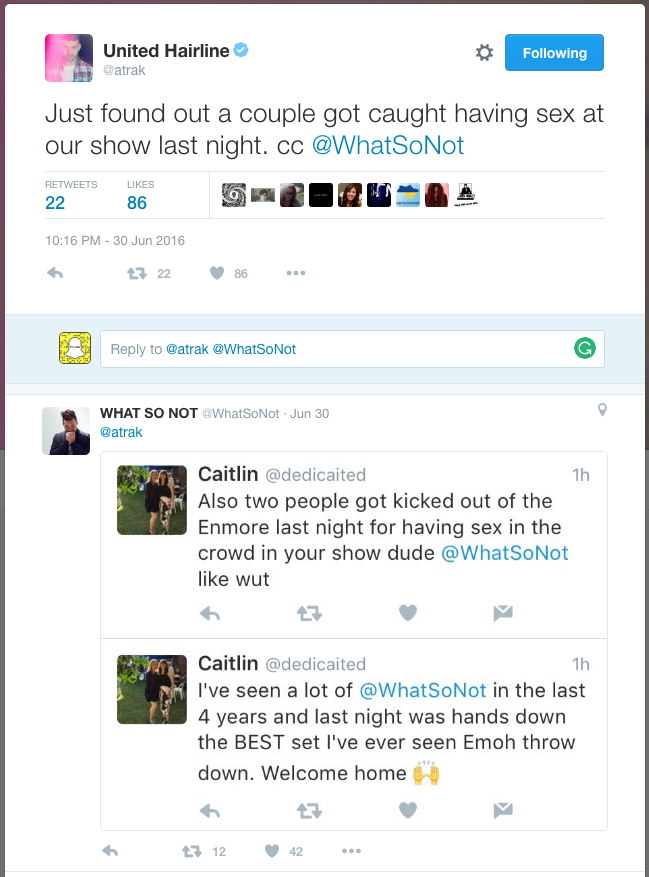