This is a moment that many have been waiting for: the lineup for this year’s Groove Cruise Cabo is now out, and it looks positively stunning!

Groove Cruise sets itself apart from the other two major EDM festival cruises, Holy Ship! and Mad Decent Boat Party, as its lineup consists of 95% house and trance. Major artists like Paul Oakenfold, Dash Berlin and Darude are mainstays on the cruise, though none of them will be attending this iteration.

Instead, headlining performances from Arty, Audien, Dannic, Gareth Emery, Robin Schulz, Fedde Le Grand and more will take cruisers on an epic journey from San Diego to Cabo for the very first time. And while the headliners are amazing this year, the second tier artists are nothing to write off, either. Returning performances from Croatia Squad, Chocolate Puma, Lost Kings, Prince Fox and more are sure to set stages ablaze, while newcomer performances from Goldfish and Throttle are huge, huge additions to an already stacked lineup.

Tune In at 11am PST for More Details And Chat w/ Groove Cruise Founder Jason Bukeuma on Facebook Live: www.Facebook.com/GrooveCruise 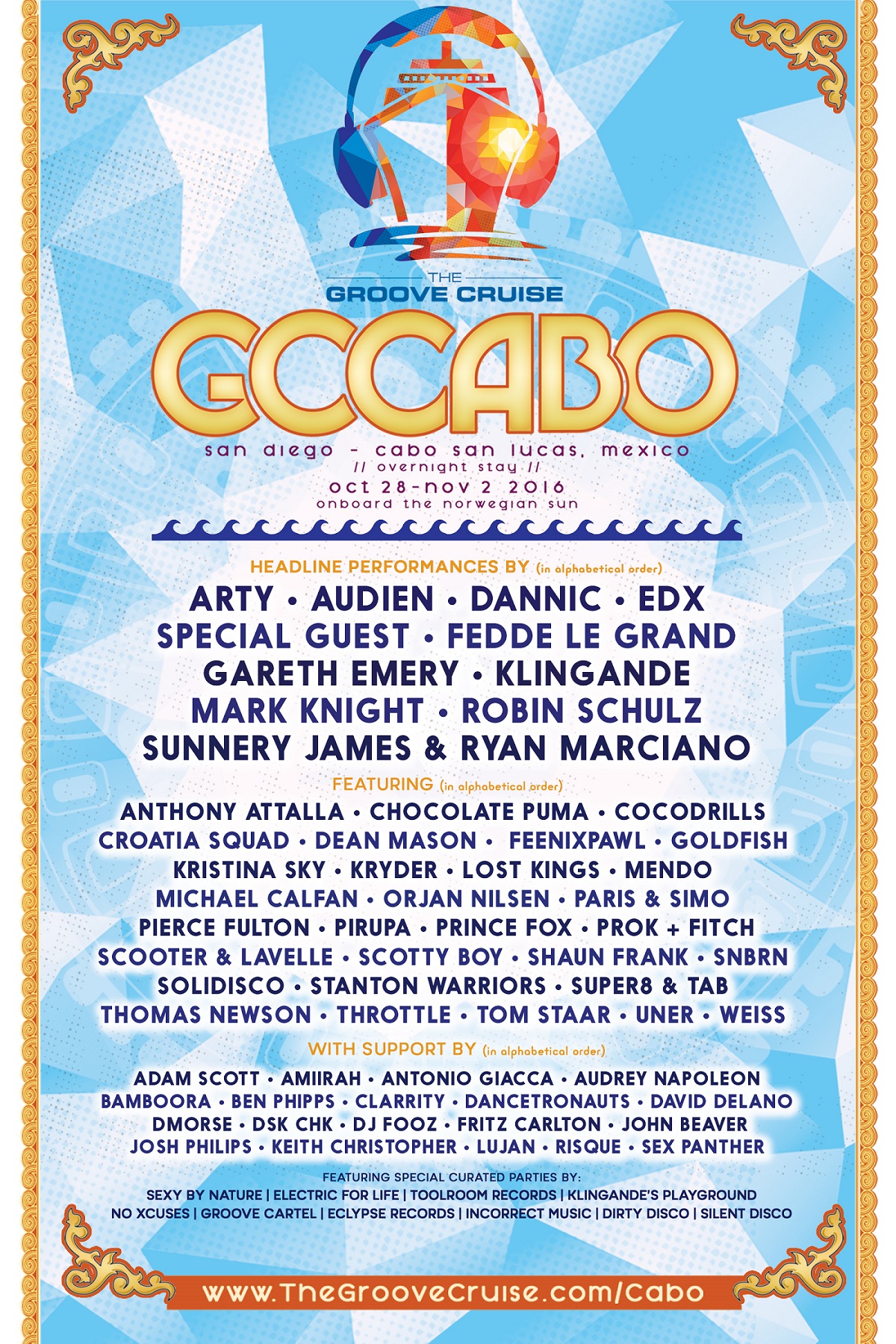 Majestique – Science Of The Heart

Majestique - Science Of The Heart