Electric Forest is one of those events whose mystique is outweighed only by the festival itself. Take one look at the Electric Forest Facebook page, and you’ll find thousands of posts about attendees counting the days until they get to “come home,” or asking others for help on what to expect. “Make a detailed plan, and upon arrival, forget said plan,” is the most common advice thrown out to first time Foresters, which might seem rude at first, but any who’ve attended know full well that’s exactly what happens, and is the reason why we all love it so damn much.

What started out as a humble production called Rothbury Festival is now one of the nation’s most sought after experiences, straddling the line between the main stream and its grassroots origins. In recent year’s Electric Forest has grown to accommodate over 40,000 attendees at the Double JJ Ranch in Rothbury, MI, and after last year’s massive boost in popularity detracted from the actual experience, doubters were quick to point fingers at the festival’s integrity. Amongst the items plaguing last year’s iteration were stupid-long lines, debilitating traffic, a garbage-laden venue, and a noticeable chunk of inconsiderate attendees.

However, despite the poor experience of a subjective few, last year’s forest was another jaw-dropping adult getaway that only furthered the fest’s famed status. Now building on past experience, for 2016, Electric Forest made enormous progress in cultivating that alluring essence that many thought it had lost. So if you’ll excuse me, I’ll begin gushing about why 2016 just may have been the best Electric Forest yet.

Entering the festival this year was incredible. In previous years, it had always been a mad dash to secure your place in the vehicle cue before midnight on Wednesday, resulting in backed up traffic up to the highway, and thousands of disgruntled attendees waiting to set up camp.

This year, that atrocious wait was virtually non-existent. By offering attendees an early arrival option to show up on Wednesday at noon, the incoming flow of Foresters was much more relaxed and left only traces of bottlenecks.

Unlike some other fests, Electric Forest’s campgrounds are secluded from the actual festival grounds, so attendees must go through a security checkpoint to enter. That’s all fine and dandy, but when that security checkpoint turns into a two hour wait to get inside, we have a problem. That was the unfortunate case during 2015’s event, but again, Insomniac and Madison House addressed the issue. This year the flow through security never took longer than 10 minutes, and the Forest tradition of high-fiving the whole way through made a miraculous return.

2. Space Inside The Venue 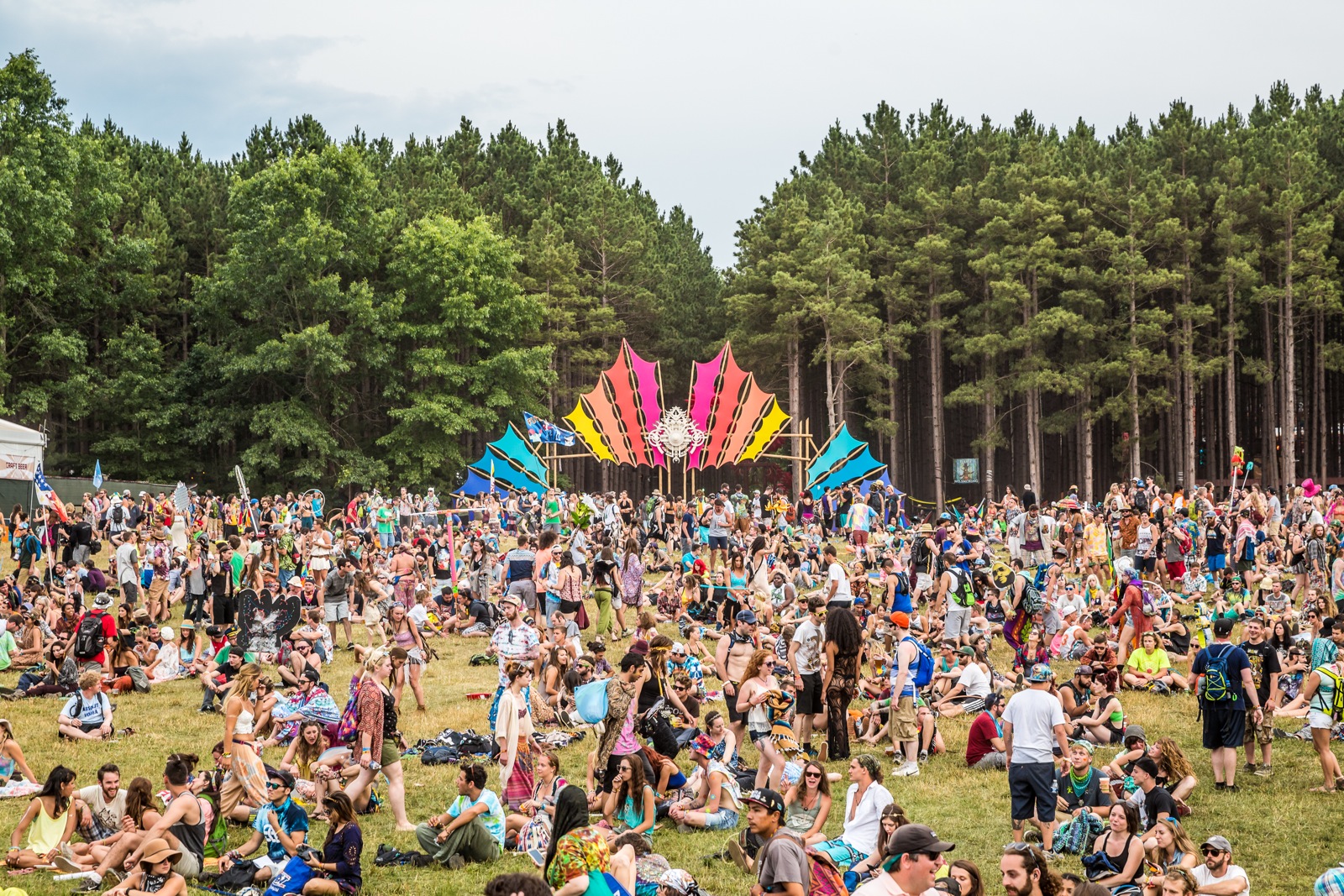 Everyone remembers Electric Forest’s stacked 2015 lineup. In addition to the slew of headliners, once Skrillex, Bassnectar, Kaskade, Flume, and Big Gigantic were revealed to be on the roster, tickets sold out in just two days. The mainstream hype was immense, and getting past Tripolee, the Ranch Arena, or Sherwood Court was damn near impossible after 9 pm.

For this year’s event, even though tickets sold out well before the lineup was even announced, the festival grounds somehow retained an air of spaciousness. Maybe it was the meticulously curated schedule that spread out attendees’ different interests, or perhaps Sherwood Forest engulfed more minds than usual. Whatever the cause, poi spinners, hoopers, dancers, and loungers all had an abundance of space to post up and enjoy their activity of choice. Oh, and one of the coolest additions by far was the slackline jungle set up in the middle of the forest. Yep, that’s right, slackline jungle. Gibbon Slacklines set up a cordoned off zone for everyone to get their slack on, with varying heights and lengths for both beginners and experts alike.

Electric Forest is a haven for expression, creativity, love, and acceptance. Pair the unbelievable venue with this omnipresent mindset, and you’ve got yourself one of the best weekends in existence.

The return of daily yoga with Hannah Muse limbered up bodies for the impending party, extravagant costumes set a playful atmosphere, seas of hammocks, and relentless hugs and high-fives curated an overall sense of friendship. Flow arts are a major staple of the Forest, with enthusiasts flocking from all over the country to participate in Hoop Troupe, and the opportunity to enjoy a mind-melting light show is never further than a couple yards away. Performance actors abound throughout the day and night, encouraging attendees to play along with their improvisations, and add their own beacon of personality to the already electrified woods.

In addition, hordes of installations grace the Sherwood Forest, illuminating and ornamenting the majestic trees with their own character. Countless structures can be found for an impromptu chill-out, and as always, a couple EF installation staples made their anticipated return, but I won’t spoil those for you… 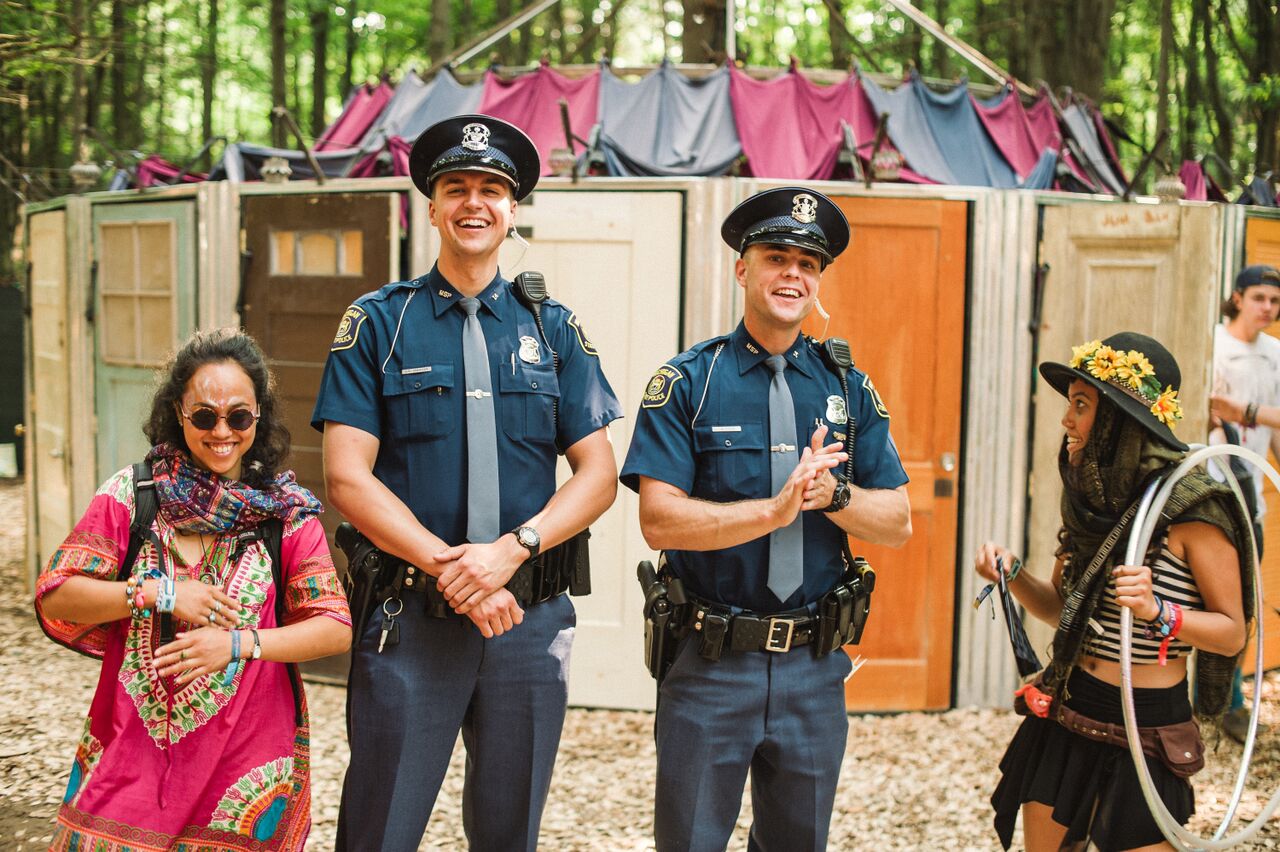 Insomniac has been saving lives with their Ground Control initiative for years now, and last year saw Electric Forest gain their own crew of first responders in the form of Timber Scouts. We were happy to see their return for 2016’s festival, clad in their highlighter green shirts and welcoming smiles.

Started in 2015, the Timber Scouts are medically trained volunteers who saunter around the festival grounds keeping the vibes alive and making sure everyone is safe. I personally had nothing but wonderful interactions with them, and even if there isn’t a medical emergency, they’re just down to Earth people who love to improve your experience.

And you may be thinking, “Why on EARTH do you have police listed as a good thing?!” ‘Tis because they’re the most fun-loving, courteous, and generally wonderful individuals on the force. The Forest officers traded kandi with attendees, gave hugs, played hopscotch, and engaged in just about any other Forest activity you can think of. With so much hate in the world, it’s important to recognize those who do their job flawlessly and live up to their oath to protect us from harm. Also, a special shout out to Trooper Neal Holton who’s been a return Forest officer for years.

In addition to the Double JJ Ranch being a magical place for attendees, artists love getting booked for Electric Forest. Once inside, everything makes sense, and the atmosphere is.. like nothing else.

You never know what might happen in those woods, who you might see, what you might see… This year, GRiZ led an impromptu marching band, Pasquale Rotella was seen meandering about, and Getter braved a barrage of “Suhs.” But the Forest does more than provide an incredible atmosphere to lose yourself – the atmosphere nearly always penetrates artists’ performances.

Stephen threw down one of the most electrifying live performances in The Observatory’s history, Porter Robinson nearly blew the living shit out of the subs on Sherwood Court’s massive speaker stacks, G Jones ripped apart a mid-day Tripolee crowd, and as usual, Saturday night String Cheese was one of the best nights of the year. We don’t know what it is, but being in the Forest has an undeniable effect on the psyche, which leads us to one performance in particular. 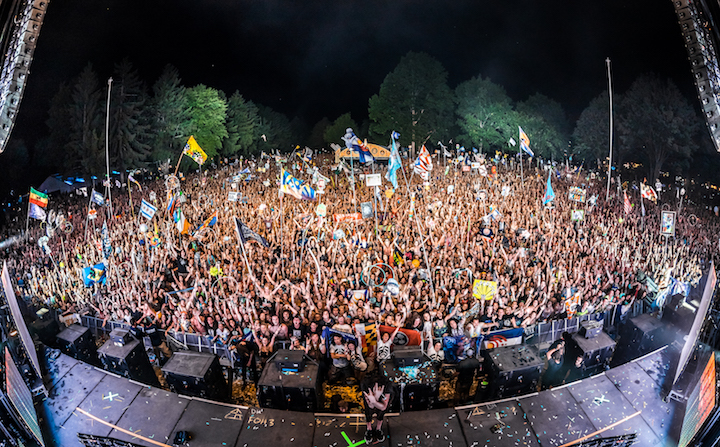 Leading up to Electric Forest, we shared news that Bassnectar would be the festival’s resident DJ. There was a lot of criticism surrounding his performance at last year’s event, but for his residency debut, Lorin came out swinging for his life. If you were at Ranch Arena on Saturday night, the word ‘mushroom’ has a whole new meaning, and if you have video of that introduction segment, I implore you to reach out to my contact info below. I heard several die hard bassheads say they’ve been waiting years for a Bassnectar set like that, and as someone who’s not typically into his music, my mouth was agape for the entire two hours. Oh yes, the Forest sipped strong from the nectar. 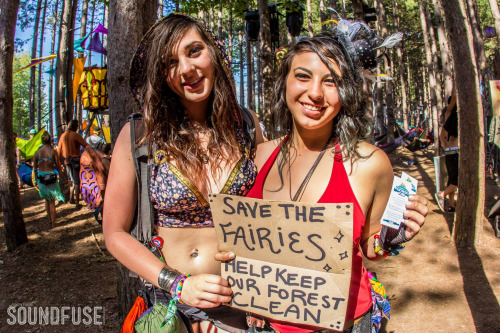 I can’t describe the disgust of seeing the state of Electric Forest’s festival grounds at the close of last year’s event, let alone the ruinous state of the Double JJ’s campgrounds. Buckled tents, heaps of garbage bags strewn about, mounds of cigarette butts, it wasn’t pretty. But again, something changed for this year, and the festival is looking much more sustainable.

I couldn’t tell you how many people I saw walking around picking up articles of trash during sets and encouraging others to do the same, being mindful of compost and recycling bins. We even heard reports of Bassnectar fans banding together to clean up the Ranch Arena stage after their favorite set. Yeah, there was certainly some loose trash about, and a few misplaced items are to be expected, but the festival’s organizers did their damnedest to mitigate rogue trash. There were compost, trash, and recycling bins within reach every ten yards or so, and no, they didn’t obstruct the beauty of the venue in the slightest.

Additionally, the Electricology EcoZones reward Foresters for keeping the festival clean with autographed merchandise and limited edition goodies. So kudos to the organizers, and an even bigger shout out to all of 2016’s Foresters for respecting the venue this year, The Festival Guy would be proud. 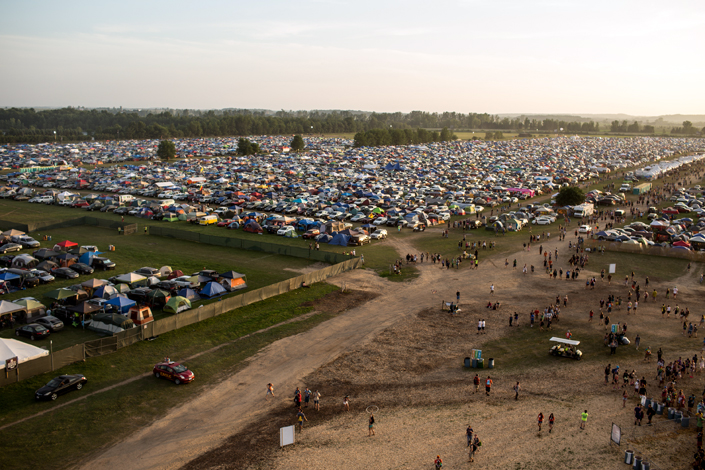 In years past, when Electric Forest’s four days and nights of bliss are up, the traffic to exit the campgrounds was literal hell. Everyone just wants to be on their way home, the delayed hangover has begun to set, and seeing the vehicle in front of you move five feet every 10 minutes is enough to make you throw your incredible festival experience out the window. This year? Ha! My personal experience was probably how Aladdin felt getting chauffeured around by his velvety purple carpet. From buckling up in my driver’s seat at GA camp to cruising down the highway took no more than 20 minutes. I kid not. Thank you Electric Forest, for nailing logistics to provide the perfect capstone on another fabulous festival.

As a result of these efforts, Electric Forest 2016 was much more than just a success – it was life changing. As one of my first festivals, Electric Forest will always hold a special place in my heart. Whether you’re a seasoned veteran or just dipping your toes in this whole festival thing to see if it’s for you, the beauty of Electric Forest is that it’s not a place, but a mindset. If anything, a weekend in the Forest is a lesson that if you simply present the world your full, true, unabashed self, the universe will take care of the rest.

We Love ‘House, Tech House, Techno’ & You Will Too [Toolroom Records]